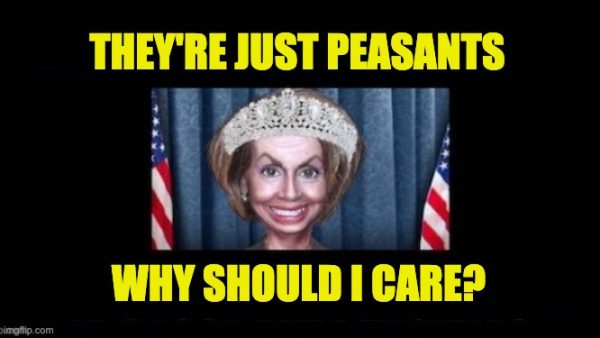 At the height of the COVID-19 pandemic, when a lot less was known about the virus and how to counter it, and while the nation was still ramping up production of testing and hospital resources, including ventilators needed, 25 million jobs were lost across the country, according to Bureau of Labor Statistics data. Since labor markets bottomed in April, 13.8 million jobs have been recovered, as states have begun steadily reopening in the months since.

But it could have been much worse. Americans for Limited Government President Rick Manning is crediting the foresight of the payroll protection plan from President Donald Trump and Congress, a bipartisan measure that was put in the original CARES Act, with leading the rapid recovery.

“One of the biggest reasons was because the Trump administration and Congress worked together on the CARES Act, that provided $525 billion to 5.2 million small businesses, which may have saved as many as 50 million jobs,” Manning said.

In other words, if President Trump had not led on the issue of protecting small businesses during the pandemic, tens of millions more jobs would have most certainly been lost. Now the country is experiencing a rapid, V-shaped rebound in labor markets.

But that could be in jeopardy now. Unfortunately, the payroll protection program, administered by the Small Business Administration, ran out of money on Aug. 8, and with 11 million jobs still on the sidelines, to maintain the momentum of the economic recovery, Congress needs to act to renew the program.

But for months, Pelosi has insisted on a House-proposed unworkable $3 trillion package — while the White House and the Senate have looked toward a $1 trillion extension of existing measures that were working with some tweaks — leaving her own constituents out in the dust.

Manning stated, “The only way the remainder of the jobs lost in the state-led pandemic lockdowns will be recovered is by providing support to safely reopen the economy and schools, something Nancy Pelosi will not allow to happen so long as she remains Speaker and those who elected her Speaker is directly responsible for this reckless course.”

Now a deal is said to be close to hand, but not before Manning and Americans for Limited Government focused on recently elected, vulnerable Democrats in targeted press statements across the country for not doing more to push Pelosi to make a deal sooner — especially in blue states where unemployment is much, much higher.

Here follows a list of these members, and the release took note of the state-level unemployment rates reported by the Bureau of Labor Statistics. Each member’s constituents back home are suffering from:

Standing out in the data is California, with 11.4 percent unemployment, New York with 12.5 percent, Illinois with 11 percent, Pennsylvania with 10.3 percent, and Michigan with an 8.7 percent jobless rate — all states with Democratic governors whose people are suffering from the worst economies in the country.

In other words, Pelosi’s refusal to deal with Senate Republicans on phase four legislation — putting millions of small businesses at risk once again — has hurt Democratic-run states and Democrats the most. Pelosi and House Democrats are punishing their own constituents with the consequences of some of the most restrictive pandemic lockdowns — with no relief in sight with the election right around the corner.

What is Pelosi thinking?

Manning concluded, “House Democrats clearly oppose reopening the economy in this vital time, and they own  Pelosi’s policy of leaving the country shut down forever destroying the hopes and dreams of millions of working families.”

This could come back to bite in November. No President has flipped the House in a reelection bid since Harry Truman in 1948, but with working families who are suffering the most, expect President Trump and House Republicans Manning to make their case that they’ve been ready to get the small business and other relief extended for months. Pelosi and Democrats might find themselves wishing they had made a deal when they had a chance.