REPORTS: Half Of Govt. Pandemic Unemployment Relief Funds Were Stolen by Fraudsters

According To New Reports Report, As Much As Half Of The Unemployment Pandemic Relief Money May Have Been Stolen By Fraudsters Outside Of The US. 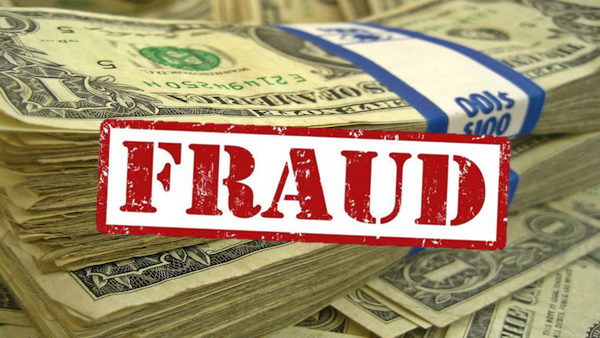 According to new reports, as much as half of the unemployment pandemic relief money may have been stolen by fraudsters. One of the reports comes from the liberal “explainer” site Axios.com. And according to the Axios review of the numbers, crooks have stolen billions of tax dollars that were meant to help pay people who were out of work because of the Coronavirus shutdowns.

By the numbers: Blake Hall, CEO of ID.me, a service that tries to prevent this kind of fraud, tells Axios that America has lost more than $400 billion to fraudulent claims. As much as 50% of all unemployment monies might have been stolen, he says.

Another report says Investigators are saying that cyber thieves steal people’s identity and personal information, then they get low-level criminals to use the info to file for fraudulent benefits.

A memo seen by KrebsOnSecurity that the Secret Service circulated to field offices around the United States on Thursday says the ring has been filing unemployment claims in different states using Social Security numbers and other personally identifiable information (PII) belonging to identity theft victims, and that “a substantial amount of the fraudulent benefits submitted have used PII from first responders, government personnel and school employees.”

“It is assumed the fraud ring behind this possesses a substantial PII database to submit the volume of applications observed thus far,” the Secret Service warned. “The primary state targeted so far is Washington, although there is also evidence of attacks in North Carolina, Massachusetts, Rhode Island, Oklahoma, Wyoming and Florida.”

The Secret Service said the fraud network is believed to consist of hundred of “mules,” a term used to describe willing or unwitting individuals who are recruited to help launder the proceeds of fraudulent financial transactions.

“In the state of Washington, individuals residing out-of-state are receiving multiple ACH deposits from the State of Washington Unemployment Benefits Program, all in different individuals’ names with no connection to the account holder,” the notice continues.

These fake benefits have been filed in millions of cases, and billions of tax dollars have ended up in the hands of criminals. Per the Axios report, “ Many states are now getting more sophisticated about preventing this kind of fraud. But it’s far too late.”