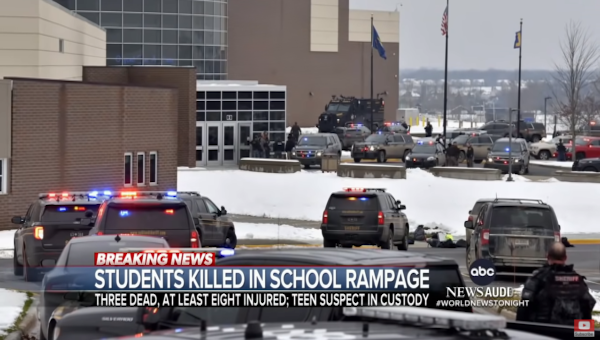 Asked whether anyone at Oxford High School could face charges, McDonald told reporters, “I’m not going to rule anything out. But we’re going into this with the hope that we can discover best practices, best policies, best procedures and make recommendations to schools around the state, possibly to the Legislature for laws that should be implemented and to ensure the safety of schoolchildren around the state.”

According to Fox News, McDonald told NBC’s “Today” show, “It’s possible, yes,” to the same question, but she did not elaborate.

A letter sent by School Supt. Tim Throne reportedly explains, “On the morning of Nov. 30, a teacher observed concerning drawings and written statements that have been detailed in media reports, which the teacher reported to school counselors and the Dean of Students. The student was immediately removed from the classroom and brought to the guidance counselor’s office where he claimed the drawing was part of a video game he was designing and informed counselors that he planned to pursue video game design as a career.”

“At no time,” the letter added, “did counselors believe the student might harm others based on his behavior, responses, and demeanor, which appeared calm. In addition, despite media reports, whether or not the gun was in his backpack has not been confirmed by law enforcement to our knowledge nor by our investigation at this time.”

There could be plenty of blame to go around if that is McDonald’s intent. CNN reports that school officials “had legal grounds to search shooting suspect Ethan Crumbley’s backpack and locker but did not do so.

Alleged shooter Ethan Crumbley, 15, has been charged with four counts of first-degree murder and seven counts of attempted murder, along with other charges. His parents, James, and Jennifer Crumbley, have each been charged with four counts of involuntary manslaughter, apparently, because they bought the pistol, a 9mm Sig Sauer, for the teen allegedly as a Christmas gift and didn’t lock it up.

Throne told the Associated Press school officials met with the Crumleys Tuesday morning before the shooting. According to that report, Throne said counselors “found the teen ‘calm’ and didn’t believe he would harm others.” When the parents were asked to take the youth home, they “flatly refused,” Throne reportedly stated.

The investigation is continuing. 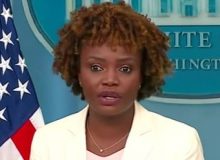