Guess Who Slammed Obama Hypocrisy About Press In Anti-Trump Speech 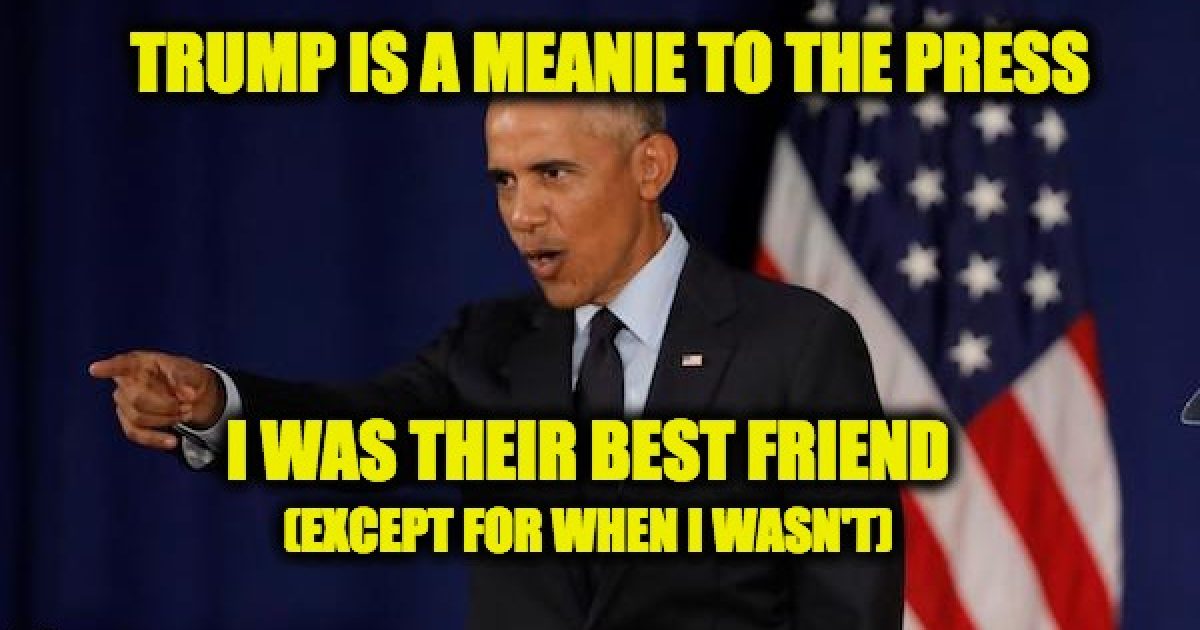 During his Friday speech at the University of Illinois, Obama lied and claimed that, unlike Trump, he was the guardian of the free press. But, Amy Fiscus, the New York Times’ national security editor, scoffed at the lie. She knows the truth. Obama was one of the worst presidents ever for the free press.

During his speech, Obama piously exclaimed, “I complained plenty about Fox News, but you never heard me threaten to shut them down or call them enemies of the people.”

Fiscus, though, slammed the ex-President for his B.S.

“Your DOJ also prosecuted more leak investigations than all other presidents’ combined. Come on,” Fiscus wrote on Twitter.

Your DOJ also prosecuted more leak investigations than all other presidents’ combined. Come on. https://t.co/VYnpvd4m80

Fiscus was referring to the then-unprecedented efforts by the Obama White House to out leakers and prosecute those helping them. Most notably, former Fox News reporter James Rosen was accused of violating anti-espionage law for what one reporter at the time termed “traditional news reporting.”

At the time, Major Garrett, CBS’s chief White House correspondent, asked Obama press secretary Jay Carney: “The subpoena says James Rosen is a potential criminal because he’s a reporter. Is the White House comfortable with that standard, never before seen in a leak investigation?”

Carney replied: “We need to make sure that leaks are not tolerated because leaks—they can endanger the lives of our men and women, and endanger our national security—need to be taken very seriously.”

Then the Obama administration excluded Fox News from pool coverage, so yet another strike against his claim that he was a champion of the free press.

Then there was his strike against freedom of the press when he secretly took the phone records of 100 AP reporters.

The Obama DOJ also seized two months of phone records from the Associated Press. The AP president and CEO then wrote to Obama’s Attorney General Eric Holder to “object in the strongest possible terms to a massive and unprecedented intrusion by the Department of Justice.” Jennifer Rubin of the Washington Post was among the many to criticize the Obama administration’s treatment of journalists, accusing Obama of “the most invasive breach of the First Amendment against any news organization in the history of the republic.”

That wasn’t all. The ex-President spent all his eight years attacking every media outlet that he disagreed with and never went to them for interviews even as he even interviewed with liberal Youtubers and blogger.

So, Obama lied something fierce during his speech in Illinois. So, don’t let the left get away with it.