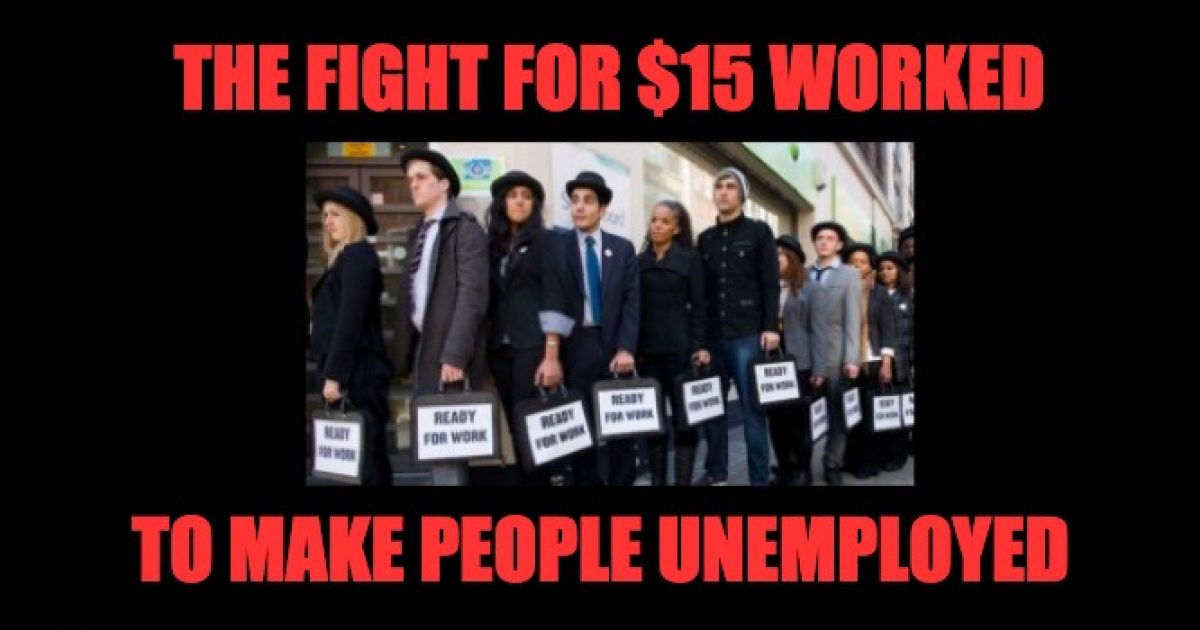 New York City has lost more restaurant jobs with the coming of the $15 per hour Minimum Wage than it did in the aftermath of the terror attacks on Sept. 11, 2001.

According to a new report, the Big Apple’s food service industry has been seriously hurt by the new $15 Minimum Wage that went into effect this year.

According to the Foundation for Economic Education:

Well, gosh. Doesn’t that defeat the claim that the wage hike was intended to “help the poor”?

Restaurants tend to operate on famously low profit margins, typically 2 to 6 percent. So, a 40 percent mandatory wage increase over a two-year period is not trivial.

In response to the minimum wage hikes, New York City restaurants did what businesses tend to do when labor costs rise: they increased prices and reduced labor staff and hours.

The higher Minimum wage forced employers to cut jobs and slash hours of the workers that are left.

“Perry says this ‘restaurant recession’ is likely the result of the series of mandatory wage hikes that brought the city’s minimum wage to $15 an hour,” FEE added.

Once again, the left turns out to be destroyers, not a help to anyone.