Is The MSM, Blind, Illiterate, or Stupid? Trump’s Not Going To Fire Mueller 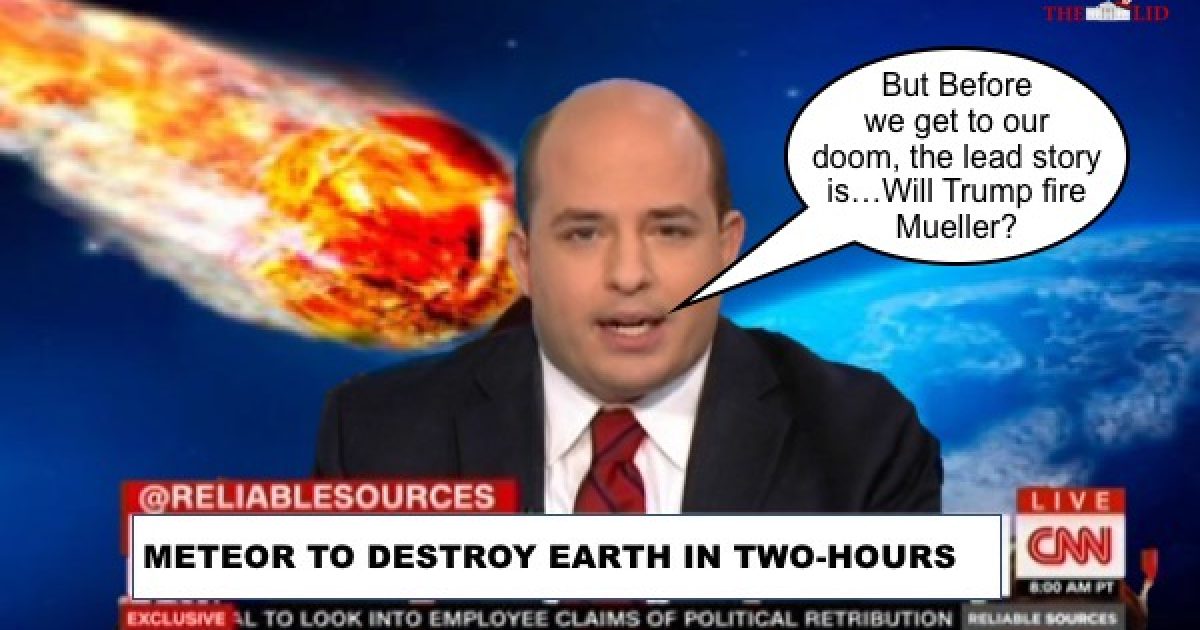 What is it with the mainstream media can’t they take NO for an answer?. Trump is not going to fire Mueller!

There is no proof he is even thinking about it, but reporters are speculating and/or asking others.  Every time you see or read about a politician saying the president shouldn’t fire Mueller, it’s because some lazy reporter couldn’t think of anything better to ask.

Yesterday we heard from Bob Corker, Lindsey Graham, and Bernie Sanders among others–they didn’t come up with it themselves. Heck Lindsey Graham isn’t even allowed to go to the bathroom without first asking John McCain. There were no Senators roaming the halls of the Senate office building screaming, “You Hoo, Mr. Reporter—-I want to make a statement about Trump firing Mueller.” A reporter had to ask them.

Think about it for a minute, if the POTUS was about to fire Muller, Rep. Adam Schiff would have leaked it already.  But no leaks….all we have is reporters and anchors asking the question and denials from the administration…lots of denials…here are just a few from recent months

And to be honest, I did not spend many finding the fourteen examples above there may be 2-3x that amount. Is it that mainstream media reporters and anchors can’t read, can’t see or hear reports, or don’t have the mental capacity to understand.

President Trump is not an idiot! He knows that if he fired Mueller he would face an almost insurmountable political crisis. He also knows if he successfully ousts Mueller, the result will be another special council taking over and starting all again–Trump wants this over today!! He doesn’t want the investigation to take longer.

But why does he keep criticizing Mueller if he doesn’t intend to fire him?  I am reminded of the woman who found out that her husband was sleeping with ten other women.  “Aren’t you going to leave him,” her very best friend asked?” “No way!” said the wife, “I am going to stay with him and make sure for the rest of his life every minute of every will be miserable.”

Trump isn’t going to fire Mueller, but this investigation seems to have figured out that there is no collusion and is digging for something else to send someone to jail for.  ENOUGH! All it is doing is giving the media and the Democrats political guano to toss at the administration.

President Trump wants Mueller to finish and like that married lady above until he does the president will make sure every minute of every for Mueller will be miserable.”