But Would They Dare? 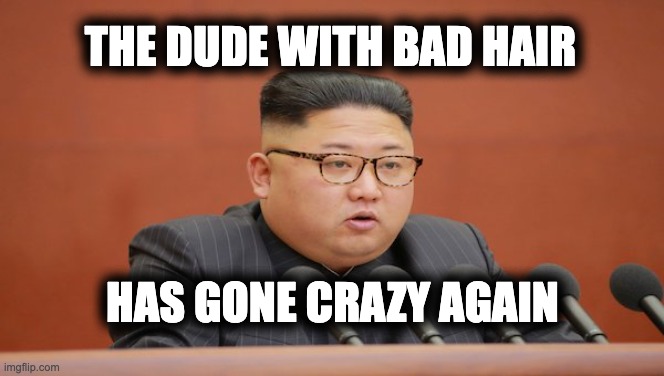 North Korea, and its dynamic Kim family of leaders, have long viewed the United States as a golden goose in the world economy.  Their hopes have long been to coax this goose to lay them a valuable egg, but they’ve spent the last several decades doing so through the use of “fear.”

Essentially, the DPRK’s modus operandi has been to behave poorly on the world’s stage, get slapped with sanctions, and then use even more dangerous behavior to “force” the international community to receive more of these sanctions than were last imposed. They started to behave when Trump was POTUS, but have turned to their old ways now that Biden has proven himself to be weak.

It’s a losing proposition, but what do we expect from a nation whose citizens are being forced to eat the grass in city parks to keep from starving?

The latest wild twist to the tale has come in the form of threats against the United States that specifically claim that the Hermit Kingdom is now capable of striking the American mainland.

North Korea on Tuesday touted its military capabilities, including a missile it claimed could strike the U.S. and “shake the world.”

“In today’s world where many countries waste time dealing with the United States with submission and blind obedience, there’s only our country on this planet that can shake the world by firing a missile with the U.S. mainland in its range,” a statement by the Foreign Ministry said, according to Reuters. “There are more than 200 countries in the world, but only a few have hydrogen bombs, intercontinental ballistic missiles, and hypersonic missiles.”

US officials didn’t seem too alarmed.

A State Department spokesperson called North Korea a threat to international peace and security as well as global nonproliferation efforts.

“The United States has a vital interest in deterring (North Korea), defending against its provocations or uses of force, limiting the reach of its most dangerous weapons programs, and above all keeping the American people, our deployed forces, and our allies safe,” the spokesperson told Reuters.

North Korea, while ostensibly annoying, hasn’t proven to be truly dangerous just yet.  Who knows what this new “hypersonic” era could bring.

Cross_posted with Flag and Cross