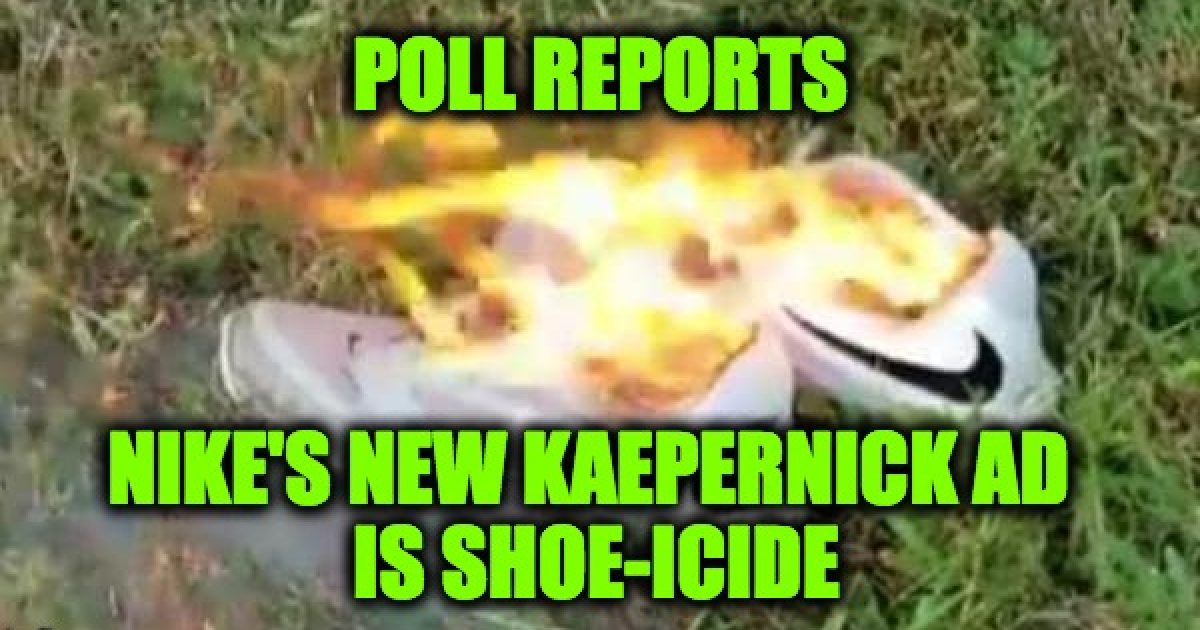 This might be turn out to be the biggest marketing disaster since Coca-Cola changed its formula to become New Coke. Last week Nike was an iconic American brand. But that was before it decided to commit shoe-icde. Since it signed anti-American protester Colin brand favorability for its 30-anniversary “Just Do It” public support for the brand plunged. In other words, Nike Did It–to themselves.

A poll from Morning Consult shows the bad news for Nike:

This is pretty bad news for the brand because when brand perception falls, eventually sales follow

About the fourth point, it will be interesting to see what the ratings were for last night’s first NFL Game of the year as Nike announced they would be breaking the first Colin Kaepernick ad during the game,

Breitbart News also reported that TMZ found a company insider who insisted that the company feels that hiring Kaepernick will be a good move because its black customer base will love Nike for hiring Colin.

But the poll found the opposite, at least this early in the campaign. According to the survey, favorability among blacks was at 82 percent before the Kaepernick campaign, but it dropped to 74 percent afterward. I guess Nike forgot that African-Americans are Americans.

Also, among blacks who said they intended to buy Nike products in the near future, the numbers fell from 64 percent to 61 percent.

So, even among blacks, the brand’s numbers fell. This runs contrary to what the company thought would happen when it hired anti-American protester Colin Kaepernick for its 30th anniversary “Just Do It” campaign.

There is one good thing about Kaepernick’s new gig.  It proves that Trump has gotten the economy going so strong that even Colin Kaepernick can get work.

As for the new ad, the question is will it be a wake-up call? Or Did Nike commit shoe-icide