Bibi Gets Some Legal Protection 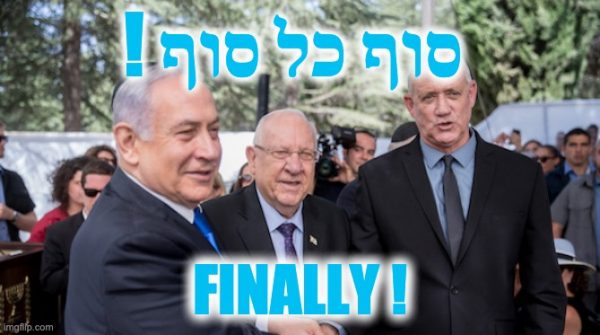 And they said it couldn’t be done. HECK, I said it couldn’t be done! After three elections since the Knesset was dissolved in December 2018, and intense negotiations since the most recent Israeli election on March 2nd, a unity deal between Netanyahu’s Likud party and Ganz’s Blue and White party was finally signed. In the end, Netanyahu got what he wanted, another year and a half leading the government, and some legal protection to ensure his upcoming corruption trial doesn’t get worse. Netanyahu And Ganz

Called a “national emergency government,” with the emergency being managing the CoronaVirus plague. According to the official statement released by both parties, “the government, once formed, will be defined as a national emergency government for a period of six months and no legislation unrelated to the battle against coronavirus will be brought in Parliament, without consent. There is one exception, with one major exception: in July, Likud will be able to bring to a vote a bill to apply Israeli sovereignty to parts of Judea and Samaria under conditions agreed upon with the U.S. government.

Also Blue and White agreed to drop its support for several Knesset bills targeting Netanyahu, including one that would prevent an MK under criminal indictment from serving as prime minister, which would ban Netanyahu from serving as PM. 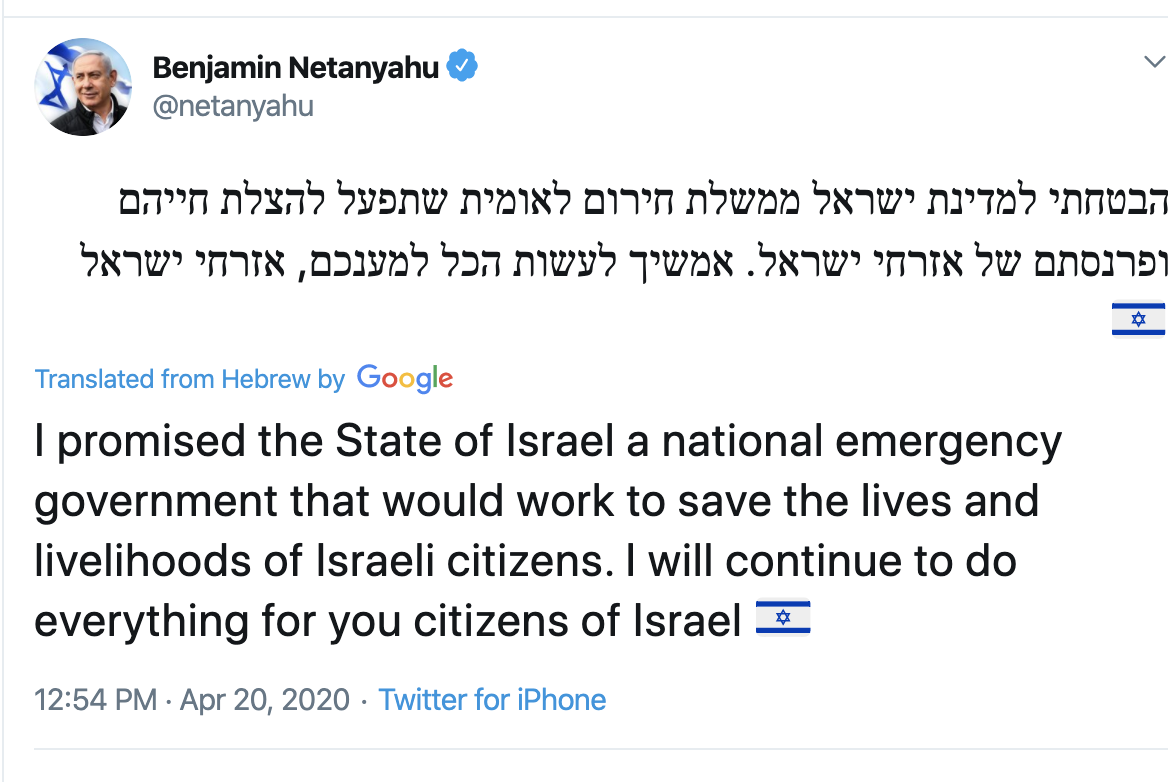 As part of the agreement, Netanyahu, who is facing corruption trials starting on May 24th will be able to veto the appointments of the next attorney general, and state prosecutor and the Likud Party will have a majority on the Judicial Appointments Committee of the Knesset. Additionally, if the government is disbanded during Netanyahu’s 18-month tenure, Gantz would assume the role.  But if the High Court of Justice comes out with a ruling that Bibi can’t serve as PM, a new election will be called. Religious parties Shas and United Torah Judaism have promised to uphold this part of the agreement.

Netanyahu’s upcoming trial and the related government positions and Knesset committee was a key point of contention during the unity negotiations. Recent polling suggests that Likud and the right-wing parties would gain seats and possibly a healthy majority in a 4th election, which perhaps motivated Ganz to make concessions. 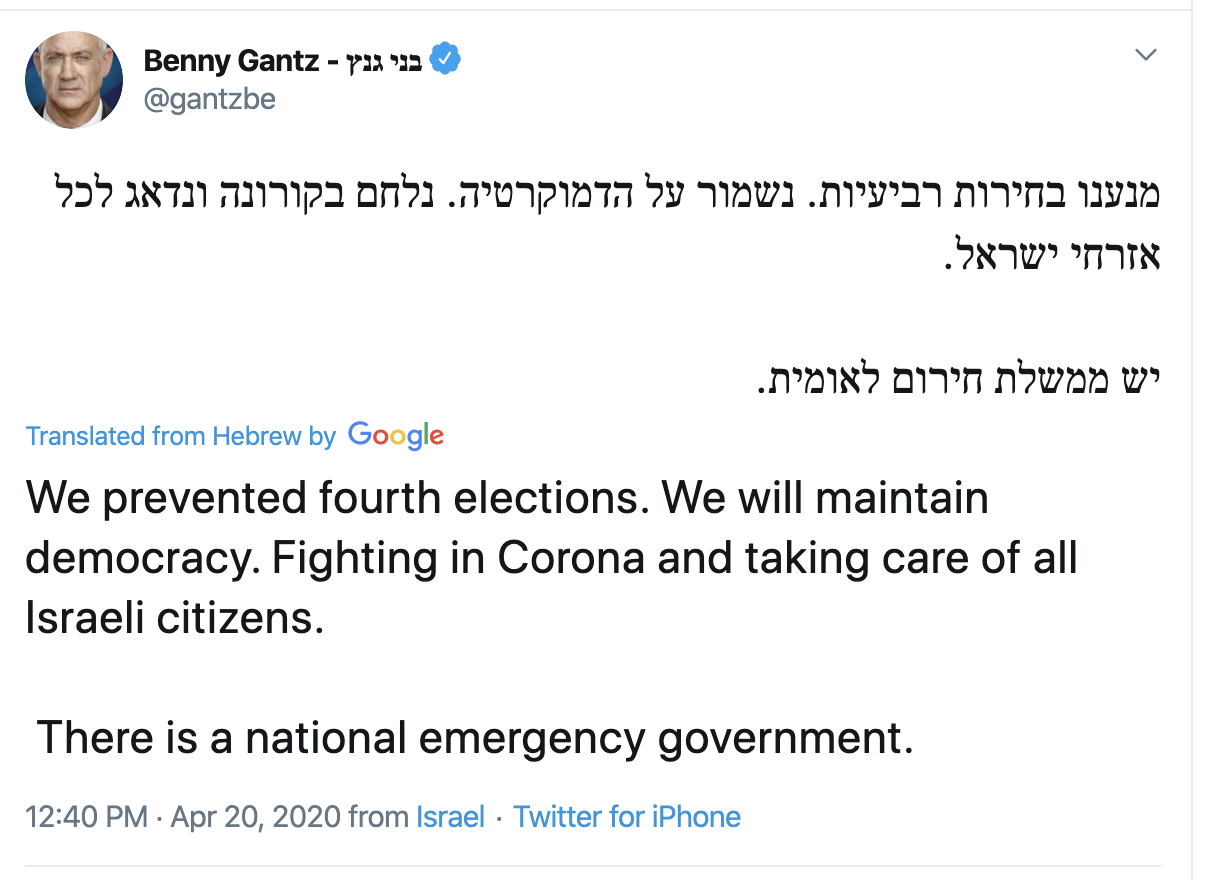 Per the Times of Israel, the coalition is initially likely to number 72 MKs. (Netanyahu’s bloc comprises Likud, with 36 MKs; Shas with 9, United Torah Judaism with 7, and Orly Levy-Abekasis’s 1, for a total of 53 MKs. It is not yet clear whether Yamina, with 6 MKs, will join the coalition. Gantz’s bloc comprises his Blue and White, with 15, Derekh Eretz’s Zvi Hauser and Yoaz Hendel, and Labor’s Amir Peretz and Itzik Shmuli, for a total of 19 MKs.)

Avigdor Liberman, whose resignation from the government started Israel on the roller coaster of three elections and whose refusal to align his Yisrael Beytenu party with any coalition that contained religious parties was left on the sidelines. I guess he wasn’t the kingmaker he thought he would be.

Reports say the government is expected to have 32 ministers to start and grow to 36 after the COVID-19 crisis is over.

This is a developing report, updates, and new posts will follow.