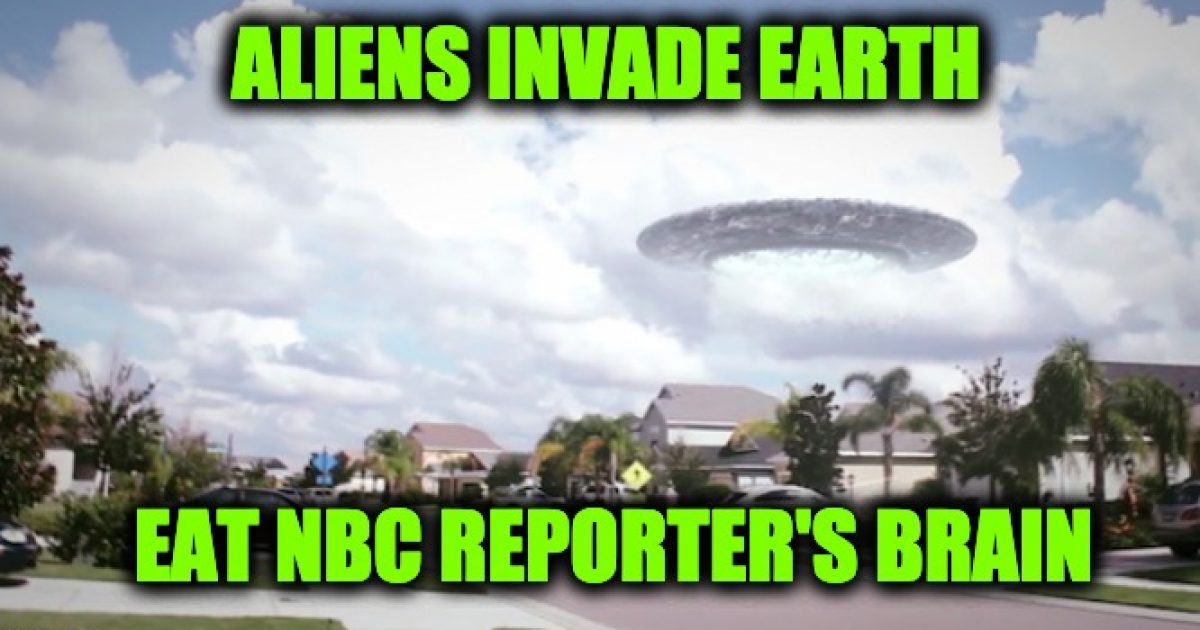 Leave it to a liberal journalist to actually outdo radical politicians when it comes to declaring an end of the world due to climate change.

Ward, you see, believes people need to start taking global warming seriously – so seriously that it should be compared to combating space invaders.

No seriously, he said that.

Ward’s analysis following an over-the-top report from the United Nations that insists humans are accelerating the extinction of over 1 million species of plants and animals. Ridiculous because one of the ecologists commenting on the report said this is “the middle of the sixth great extinction crisis,” the other five of which did not occur when humans were on Earth.

Despite the ridiculous notion that humans are causing an extinction event that happened multiple times before their existence, Ward would like you to know this is a super-serious crisis.

“You look at it, and you think this should be our great unifying moment, right?” Ward rhetorically asked. “This is the moment when space aliens land with ray guns and are threatening all of us and we all band together like you see in the movies. This is it. And yet, that’s not somehow happening.”

Even Ruhle halted that analogy calling it “not fair” and reminding him that “space aliens” aren’t coming for anyone.

“It’s not,” she interjected. “For your average American at home, there are not space aliens coming out and saying, ‘We’re going to take you over.’”

The whole thing is absurd. When you’re called out by somebody at MSNBC for being too over-the-top with the rhetoric, then you’ve really pulled off something incredible.

Getting put in his place didn’t stop Ward, however. He followed that up with equal alarmism, saying climate change needs to be presented as an “existential threat” to humanity.

We’ve officially gone from comparisons of climate change to World War II, on to a fictitious war like that in the movie Independence Day.

Democrat Rep. Alexandria Ocasio-Cortez compared global warming to the second great war, suggesting the world will end if it’s not addressed in the next 12 years.

Democrat presidential candidate Beto O’Rourke claimed fighting climate change is akin to defeating the Nazis, and environmental extremists are just like the soldiers who stormed the beaches of Normandy.

Now the media takes it a step further and says it’s just like we’re fighting off space invaders. The left is truly losing their collective minds.