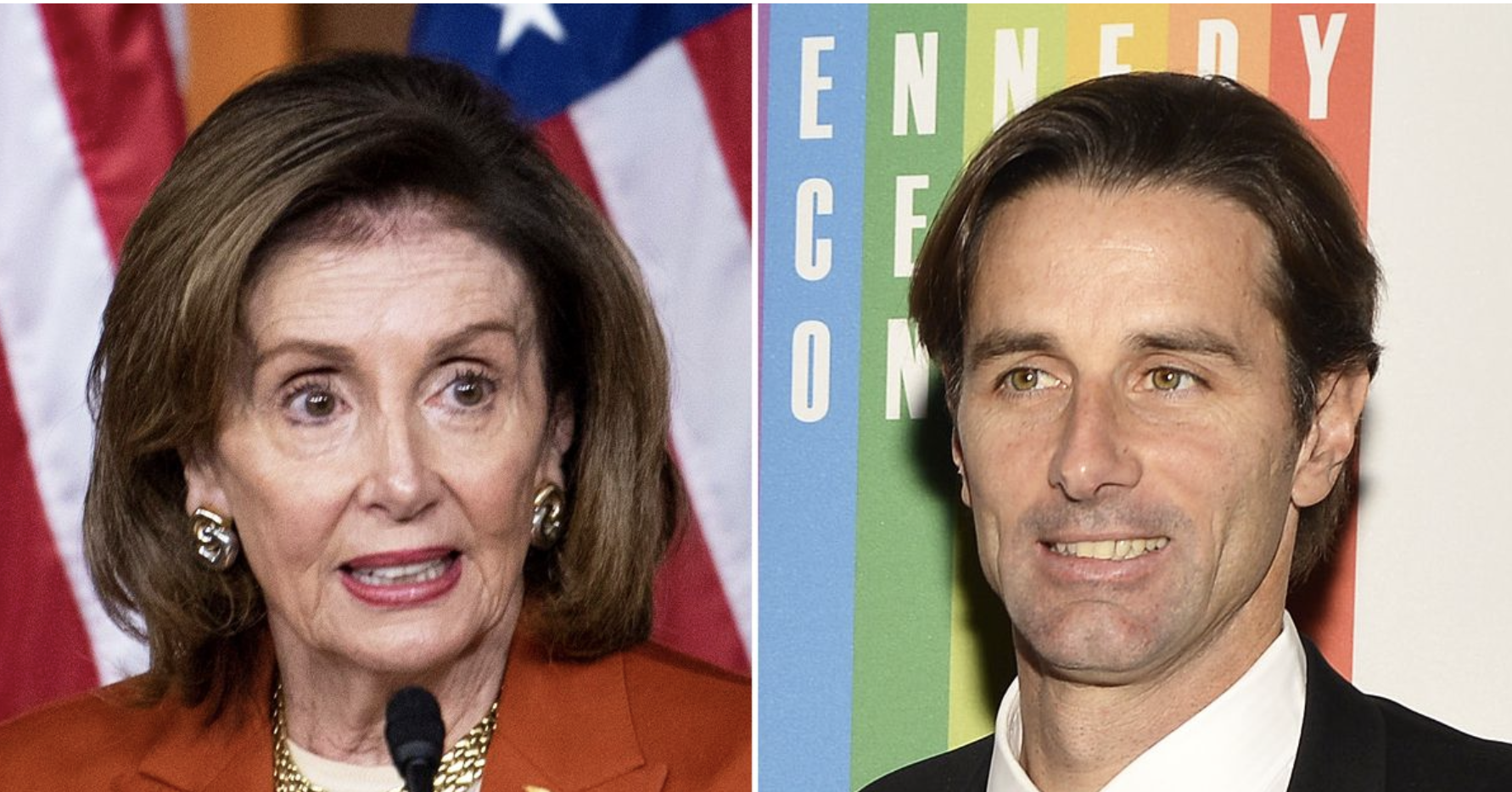 Despite his shady business connections, the only son of the Speaker of the House has never been charged. Nancy Pelosi’s Son

It’s probably because his mom is a prominent Democrat. We’ve seen the same sort of thing with Hunter Biden, who has embarked on a brand-spanking-new art career and, surprisingly, his pieces are already at a similar price-point as that of art giants such as Renoir, Picasso, or di Bicci.

Speaking of Hunter… he and 52-year old son, Paul Pelosi Jr., have some things in common.

Move Over Hunter, Pelosi’s Kid Has Some Sketchy Ukraine Energy Connections Too

In addition to their penchant for getting involved in questionable Ukrainian energy companies, they also generally share poor judgment in their business connections. Both have high-profile parents whose party affiliation appears to shield them from any and all consequences.

His years-long repeated business dealings raise two troubling questions Nancy’s son has been unable to answer: why did he get mixed up with such unsavory characters over and over, and how involved was he with the criminal investigations into his fraudster colleagues?

While Paul Pelosi Jr.’s mother once pledged to lead ‘the most honest, most open, most ethical Congress in history’, her son has a staggering wake of criminal colleagues, fraudulent companies and federal investigations.

Let’s break those down a bit…

Ties To A Fake UN Charity

Those are pretty bad, but that last one seems like it wouldn’t be such a big deal in the Brave New Fauciite World where we approve and mandate brand new “vaccines” that don’t really stop transmission and has no long-term safety data while suppressing cheap and safe therapeutics… but I digress…

Still, it’s weird that Paul Jr. hasn’t been charged a single time despite his connection to scammers, grifters, cutthroats, and rogues… as well as some of his foreign business ties that aren’t members of the Democratic Party.

Why is it that Hunter and Paul Jr. keep finding themselves in the company of so many unsavory characters? Well, perhaps it’s partly a sense of familiarity considering their parents’ political inclinations, but maybe it’s because these business connections want to influence their parents.

Hunter admitted that in his ABC News interview.

The Daily Mail reports that Paul Jr. himself and “sources close to him” admit the same thing — that he’s been hired by “savvy entrepreneurs…in an attempt to curry favor with his powerful family.”

Back in 2007, Pelosi Jr. was dubbed the ‘rising prince’ of the Pelosi political dynasty in a Men’s Vogue profile.

His mother, Nancy Pelosi, herself the child of a Maryland Democratic Congressman and Baltimore Mayor, had just ascended to Speaker of the House of Representatives. His father was a successful investor, and his cousin, current California Governor Gavin Newsom, was the mayor of San Francisco.

But let’s not forget, rules just don’t seem to matter to these people.

Just look at the family that Paul Jr. comes from.

Speaker Nancy Pelosi has become very wealthy despite her 35-year career in Congress.

Her husband, Paul, is a seasoned investor who has amassed an incredible amount of wealth since Nancy went to Washington.

Pelosi ranks among the wealthiest members of Congress. She does not personally trade stocks, but her husband, Paul Pelosi, has millions of dollars worth of stock investments that the speaker must by law disclose.

On January 12, for example, Paul Pelosi reported selling 6,000 shares of Apple Inc. stock valued at between $1 million and $2 million, according to a certified disclosure submitted to Congress by Nancy Pelosi. The sale came in the form of contributions — 3,000 shares each — to the Paul F. Pelosi Endowed Fund at Georgetown University and Trinity College, according to the disclosure.

Paul Pelosi Sr. makes such savvy trades that other investors watch what he’s doing. His impeccable investment record is probably just a testament to his skill and has absolutely nothing to do with his wife heading up the branch of the legislature that handles the “power of the purse” that oversees, regulates, and appropriates monies to the Executive Branch.

Paul Sr. is clearly some sort of investing genius with fantastic instincts… after all, what else could it be?

[Paul Pelosi] purchased about $10 million in Microsoft shares through call options on March 19th when the stock was trading at $230.35. Days later, Microsoft was awarded a contract by the U.S. Army valued at $22 billion and inked a deal to buy an artificial intelligence firm. Its stock has soared about 12% since Mr. Pelosi’s initial investment…

…But Mr. Pelosi’s good fortunes don’t stop there. Weeks before President Biden signed an executive order to replace the entire federal automobile fleet with electric cars, Mr. Pelosi bought up to $1 million in Tesla stock. Mr. Pelosi has so far seen a 21% return on his investment.

In January of last year, before the coronavirus shut down the economy, Mr. Pelosi purchased Amazon and Facebook stock, which have netted him more than $1 million in paper profit as the companies have thrived during the pandemic.

In late February, after Mrs. Pelosi received a private coronavirus briefing, Mr. Pelosi paid up to $3.3 million to buy technology stocks, including Slack Technologies, which makes messaging software that exploded as people started to work from home.
Source: The Washington Times

At the end of 2021, after lawmakers in her own party started questioning the ethics of members of Congress making money trading stocks, Speaker Nancy Pelosi said, “We’re a free-market economy. They [lawmakers] should be able to participate in that.”

Her husband sure did participate.

Clearly, Paul Pelosi is an investment savant… either that or the Pelosi family thinks we’re all idiots.

Sure, there might be rampant corruption by Democrats who are using their positions to line their pockets and those of their children, but hey… at least there are no mean tweets.

Maybe Nancy is fleeing Cali because she’s concerned about her constituents finding out that she might have been using the information she gets as an influential member of the Democratic Party to cash in instead of representing their interests in the House of Representatives.