Pelosi, Taiwan, And The Holocaust

Yes It's Pelosi And Her Father, But It's A Story Well Told 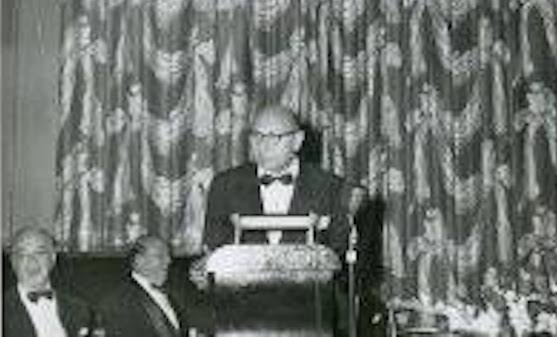 by Rafael Medoff
Is Nancy Pelosi’s courageous decision to visit Taiwan connected to her father’s actions during the Holocaust?
Susan Page, USA Today’s Washington D.C. bureau chief, told CNN on August 2 that Pelosi’s willingness to stand up to China’s threats over her Taiwan visit likely was inspired by the actions of her late father, Thomas D’Alesandro, Jr., in the 1940s, “who was a loyal Democrat, but stood up to FDR on the issue of Jewish refugees during the Holocaust.”
Some years ago, while researching the activities of the Holocaust rescue advocates known as the Bergson Group, I discovered that D’Alesandro, Jr., a Democratic congressman from Maryland, had supported the group.
Rep. D’Alesandro was a loyal backer of President Franklin D. Roosevelt. He even named his first son—Nancy’s eldest brother—Franklin Roosevelt D’Alesandro. But he broke ranks with FDR over the Holocaust. While the president insisted that nothing could be done to rescue Jewish refugees, D’Alesandro signed on to full-page newspaper advertisements by the Bergson Group urging America to grant haven to Jews fleeing Hitler.
Those ads—more than 200 of which appeared in newspapers around the country in the 1940s—were a crucial part of the Bergson Group’s rescue campaign. Signed by celebrities, prominent intellectuals, and members of Congress, they demonstrated that a broad cross-section of Americans supported rescue.
Having the names of loyal Democrats such as D’Alesandro was particularly powerful because it showed the president that the issue of rescuing the Jews was not some partisan jab by his opponents but a vital cause that was close to the hearts of his own allies.
It was politically risky for D’Alesandro and other Democratic congressmen to public dissent from the president’s harsh policy toward Jewish refugees. It is testimony to their humanitarianism that they were prepared to alienate the president whose support they needed for their personal political success.
The pressure from Congressional Democrats helped influence President Roosevelt to belatedly establish the War Refugee Board in early 1944. Despite its small staff and meager funding from the Roosevelt administration, the Board played a key role in rescuing more than 200,000 Jews from the Holocaust. Its many accomplishments included sponsoring the heroic life-saving activities of the Swedish diplomat Raoul Wallenberg in Nazi-occupied Budapest.
In a message to a conference that my colleagues and I at the David S. Wyman Institute for Holocaust Studies organized some years ago, Speaker Pelosi wrote: “I was thrilled to recently learn, from the Wyman Institute’s research, that my father, the late Thomas D’Alesandro, was one of those who spoke out for rescue.” In her subsequent book, “Know Your Power: A Message to America’s Daughter” (2008), Speaker Pelosi drew a connection between her father’s actions and her own record of vocal protests against human rights abuses—by China.
“Not only did I oppose President George H. W. Bush on his China policy, I strenuously disagreed with Democratic President Bill Clinton on his trade and human rights policies toward China and Tibet as well. This was difficult because I otherwise greatly supported and admired his leadership. My father faced a similar situation in Congress. Although he was a New Deal Democrat and followed Franklin D. Roosevelt’s lead, there was one area in which he disagreed with the administration”—FDR’s response to the Holocaust.
After leaving Congress, D’Alesandro served for twelve years as the mayor of Baltimore. That was the crucial formative period of Nancy Pelosi’s political education. She “learned her politics at the elbow of her father,” a Washington Post profile of the House speaker has noted.
Throughout high school and into her college years, Nancy was at the center of her father’s intense political world. As a result, she was a political veteran long before entering politics. And she was fortunate to have as her role model a man who courageously put his humanitarian principles above his narrow political needs. He would have been proud of his daughter’s stance regarding Taiwan.
Dr. Medoff is the founding director of The David S. Wyman Institute for Holocaust Studies and the author of more than 20 books about Jewish history and the Holocaust. His most recent book, America and the Holocaust: A Documentary History, was published by the Jewish Publication Society of America / University of Nebraska Press. And available on Amazon(as are his other books).
Facebook Twitter Flipboard