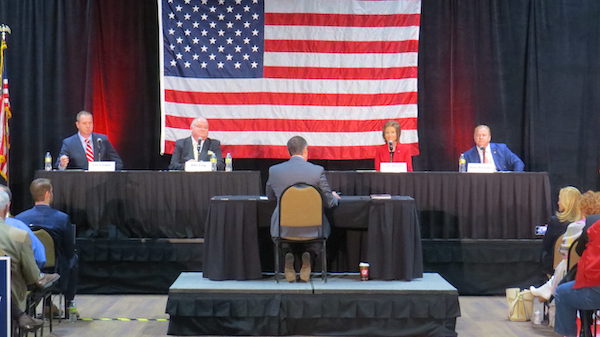 As August beckons, so does a final stretch of primaries to determine the 2022 nominees for crucial U.S. Senate seats.

In Missouri’s race, Republicans are concerned about losing the deep red state with the wrong candidate, such as former Gov. Eric Greitens.

State Republicans and donors have poured money into a PAC intended to rehash scandals that led to the former governor’s 2018 resignation and remind voters that Greitens is the only candidate so toxic he could put retiring Sen. Roy Blunt’s seat in jeopardy.

With no runoff in the Show-me state, a crowded primary could see the anti-Greitens vote split, allowing the controversial candidate to eke out a win over U.S. Reps. Vicky Hartzler and Billy Long, and Attorney General Eric Schmitt.

When not running ads like this, Greitens deflects and argues, “Fake poll numbers peddled by grifters are an albatross in the political world.”

Hartzler has called for Greitens to withdraw and denounced him in campaign ads. She is endorsed by Missouri Sen. Josh Hawley, among other well-known Republicans.

Schmitt, who replaced Hawley in the AG role, is popular for filing lawsuits against parts of President Joe Biden’s agenda and school districts that implemented draconian COVID-19 mandates. He also is staunchly pro-life and Second Amendment — endorsed by Sens. Ted Cruz and Mike Lee — helping him lead in recent polls.

“I made a decision to support Eric Schmitt because of the great work he has done for the state and his clear support of conservative principles,” retired Missouri journalist Mark Elwood told The Lid. “Greitens would also make a good candidate because of populist, Trump-like platforms, despite the opposing forces arrayed against him. Hartzler, Long, and McCloskey all have limited support, but I believe Schmitt is the right candidate for the job.”

Long worked as an auctioneer for decades before getting into politics, representing southwest Missouri. He claims to be the originator of the term “Trump Train” seven years ago.

Meanwhile, Greitens is now fending off new accusations of abusing his ex-wife, causing him to fade in some polls.

Former President Donald Trump appears unlikely to endorse anyone, though most candidates appear to regurgitate his electoral conspiracies. When recently pushed by OANN to support the disgraced former governor, he called Greitens “tough, and he’s smart. A little controversial, but I’ve endorsed controversial people before.” 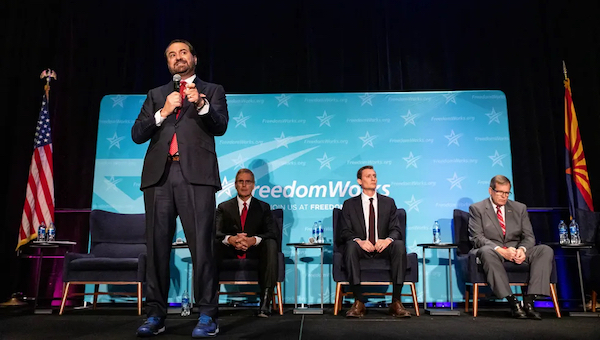 Out west, Arizona has quickly gone from decades of red to purple to shades of blue.

Popular two-term Republican Gov. Doug Ducey remains in charge for now, but both long-time GOP Senate seats have fallen into Democrats’ hands the last four years. To reclaim one, Republican voters must start by choosing the best option next week.cc

At a July debate, businessman Jim Lamon argued that Arizona voters don’t want a “young politician” like 35-year-old venture capitalist Blake Masters, who is backed by Trump along with big-tech billionaire Peter Theil. Most polls have Masters leading, though, like many populists, his general electability is questionable.

Anybody supporting Blake Masters should listen to this interview. What a TRAIN WRECK!https://t.co/P0hCpK6Znm

How could Trump endorse this guy?

McGuire, who turns 70 in October, is using his vast experience to run a positive, conservative-minded campaign, primarily focused on inflation and energy prices.

Sen. Mark Kelly, a supposed centrist Democrat who mainly votes lockstep with Chuck Schumer, has outraised them all, with currently $25 million cash on hand. While primary polls are tight, Kelly leads most general election polls.

Even if Republicans nominate someone less than ideal, it should still be a close race since three in five Arizonans disapprove of Biden.
dd
A.J. Kaufman is a columnist for Alpha News and here at The Lid