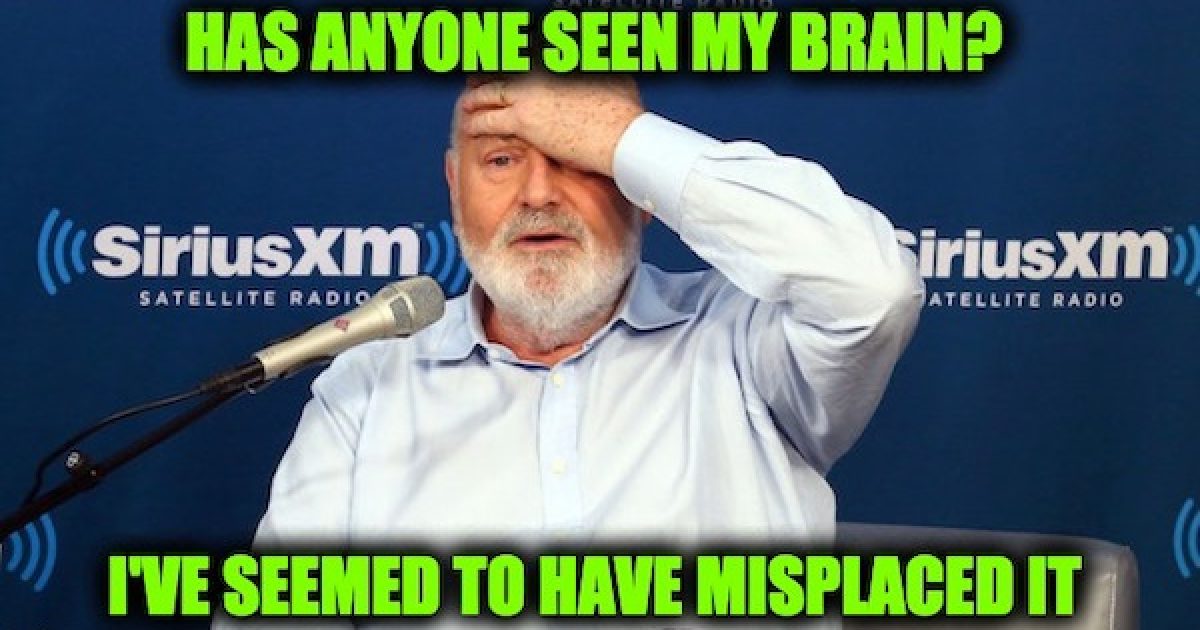 It seems the Hollywood leftist who portrayed a Meathead in the sitcom “All in the Family” Rob Reiner was type-cast, either that or he’s developed a severe case of Trump Derangement Syndrome.  On Saturday, he declared on Twitter that white evangelicals, along with white supremacists, “have made a pact with (Russian President Vladimir) Putin.” Meathead Rob Reiner

“Every elected Republican knows that this President is guilty of countless Impeachable offenses. But they, along with many White Evangelicals & White Supremacists, have made a pact with Putin. But unlike a pact with the Devil, this one can be unsigned,” he falsely claimed on Twitter.

Every elected Republican knows that this President is guilty of countless Impeachable offenses. But they, along with many White Evangelicals & White Supremacists have made a pact with Putin. But unlike a pact with the Devil, this one can be unsigned.

Of course, Reiner offered no proof for his outrageous claim.  Perhaps that’s because no such pact exists, except within the confines of his own defective cranium.

its Christmas season, relax and get your mental illness taken care of

Trump supporters at the Florida campaign kickoff in Orlando. Good natured Black gentlemen with senses of humor and great patriotism. You, not so much. #TrumpLandslideVictory2020 pic.twitter.com/jbv3Jl4fdD

There ain't no cure for brain damage caused by loco weed

Of course not. He just likes to throw out these wild accusations thinking some other idiots will actually believe him…

No, something tells me he’s a diddler and knows it could come out

Rob- You need professional help. You have become unhinged with TDS.

Rob Reiner hasn’t been able to think straight since someone put this hot sauce on his tacos. pic.twitter.com/6xDk83WaSf

It sure seems that way to us.

I never got my pact papers. Must have been lost in the mail from Moscow. Can someone fax it so I know what the evangelicals and supremacists signed me up for?

As a white evangelical, I have to admit that I never got mine, either.  I’d like to know what it is I allegedly signed up for.

By the way, it seems there’s a fly in Reiner’s deranged conspiracy-laden ointment:

I am a Jew who hates Russia because of what the Cossacks did to my grandparents. I support Trump and have no use for Putin. It is sad that you are such a hating a-hole. Does it stem from fact your father is so talented and you are so talentless?

NJWhat, something tells me we’ll be waiting a long time for proof.

It's funny how the DOJ found zero evidence of Russian collusion but every Starbucks laptop hippie knows all about it.

How does that work, exactly?

How does someone get this delusional? No basis in fact, but he and his minions truly believe it. https://t.co/lST6w08djh

This, sadly, is what happens when one’s brain is stuck in liberalism.  Rational, coherent thought is not allowed within the hive, after all.

Is there a psychiatrist in the House? pic.twitter.com/Cz9vBxHwIn