Maxine Waters: ‘Knock Off’ Trump, Then ‘Go After’ Pence 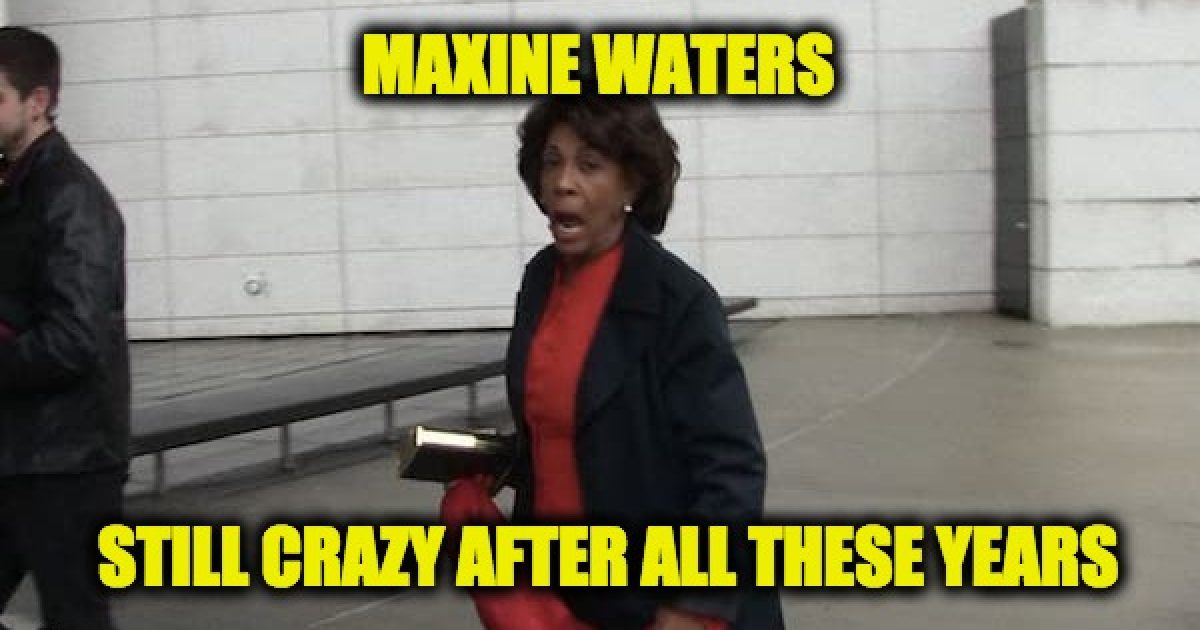 Talk about unhinged. With each and every passing day, Maxine Waters proves that it’s one thing to be stupid and another thing to be nasty, but stupid and nasty is an impossible combination.

There are those who say, ‘What if we get rid of him? Then we’ve got that Vice President and he’ll be worse.’ I say knock off the first one and then go after the second one. We have the power. We have the numbers But we’ve got to understand our power and we’ve got to use our power. Not only do we have individual power, but just think about the readers that you have. The people who look forward to getting your newspapers.

…That’s all power. Let’s use it. Let’s have this president understand in ways that we have not done before, that we are the patriots of this country. We are the ones that have stood by this country no matter what has happened to us. No matter that this country has not always embraced us. We fought in wars, came home and oftentimes didn’t have a house to live in and didn’t have a job, but we stayed with America, we fought for Democracy, we believe in the Constitution.”

Naturally, her violent rhetoric was greeted with cheers and applause.

Here’s a video of her comments:

Of course, we know what would have happened if a Republican had ever said this about Obama — or any Democrat president.

As we reported in March 2017, Waters refused to condemn calls and threats to murder the president, and she has since gone on to incite mob violence against members of the president’s cabinet and his supporters.

It’s become apparent that Paul Simon wrote his hit song “Still Crazy After All These Years” after Maxine Waters.