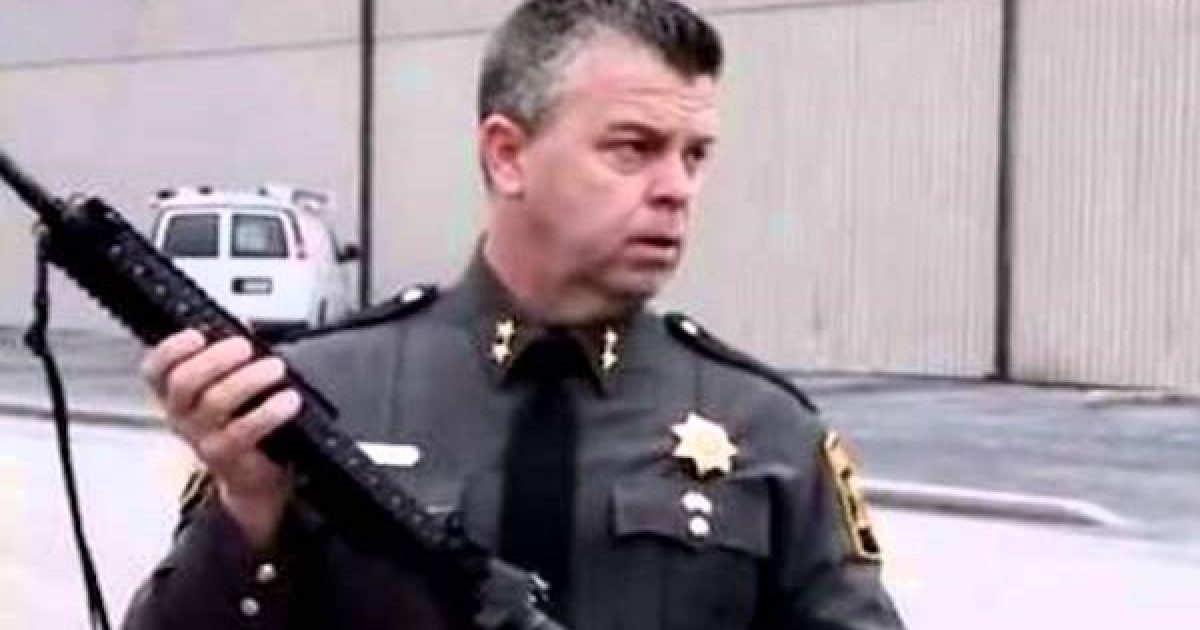 Maryland’s HB 786 is a “suicide mission” for law enforcement, according to Sheriffs from three Maryland counties. Blue Lives Matter reported that they told the Maryland assembly that taking guns away from citizens would cause citizens to shoot at officers, and the laws were unconstitutional so they will not comply.

Wicomico County Sheriff Mike Lewis testified  “The way the bill is written, it is impossible to comply, I can’t send (my deputies) on a suicide mission.”

The Maryland county sheriff made those comments shortly after testifying in opposition to House Bill 786. He made similar remarks in the overflow room watching hearings on gun legislation in the morning. Lewis was in downtown Annapolis all day Monday testifying against several different gun bills.

If any of those bills required his deputies to take away guns for law-abiding citizens, Lewis said he wouldn’t do it.

“We’re gonna let them know that we are sick and tired of being penalized for Baltimore City’s inability to control crime. If these bills pass, we will not comply… Law-abiding citizens are repeatedly being penalized because of Baltimore City’s inability to control their crime. And I’m sorry — I’m not someone’s puppet. I’m going to stand up for what I think is unjust and unconstitutional to the American people, including those living in the state in Maryland.”

The bill was introduced by Maryland Delegate Vanessa Atterbeary. House Bill 786 would require a person to obtain a license to purchase or otherwise acquire shotguns or rifles also known as long guns. As if now Maryland residents only need a license to have a handgun. The bill text does not explicitly mention confiscation of unlicensed long guns, it does say violators could face five years in prison and up to $10,000 in fines.

Atterbeary said in an email that Sheriff Lewis’ statement that he would not enforce that bill undermines his duties as sheriff of Wicomico County. “Any law enforcement official who publicly states they will not abide by, enforce or comply with the laws of our state should not hold that position,”

But does she really believe that a criminal who doesn’t care about the law to commit other crimes will see her bill and say,

“Golly gee whiz, I should get rid of my rifle because they might put me in jail. Ooh, I know. I’ll rob the bank with a slingshot or maybe I will make a fake Karate stance.”

Whoever prepared the bill only has one word to describe the actions listed in it: “certain.” A “certain person,” a “certain firearm,” a “certain” rifle or shotgun, “certain circumstances”… Reading it was a headache in the making. It never defines “certain,” it merely uses the word indiscriminately throughout the bill, which makes the bill exceedingly dangerous for interpretation.

The Sheriffs who testified also stood against HB 612, which adds the Colt AR-15 H Bar rifles to the regulated firearms in the state.

“There are bills that would truly make it a suicide mission for a sheriff deputy or a Maryland state trooper. There are just so many reasons why this is unjust and unconstitutional.” Sheriff Lewis

One sheriff mentioned the public safety factor, using the firearms for self-defense:

“It would be very dangerous for someone to turn in their weapon, living in a very remote area and someone else trying to break into their house. I can’t. I’m not. They need it for protection.” Somerset County Sheriff Ronnie Howard

Are these Sheriffs acting “above the law” by refusing to comply? The Maryland State Attorney declined to prosecute marijuana violations. But unless the state of Maryland seeks to remove every duly elected Sheriff from office, or any other state, for that matter, this divide is only going to get worse.

Sheriffs and Chiefs in many areas across the nation, particularly in rural areas, are not planning to comply with the rigid firearms laws of metropolitan areas. Confiscating guns indeed is a suicide mission, and they are well aware of that fact. Of course, they could mount small armies to take them, but many would die in the ensuing battles. The New Mexico legislature did pass the gun control bills that 21 county Sheriffs stood against. They will not comply either.

Liberals seem not to care about all that, they just want to disarm the populace.