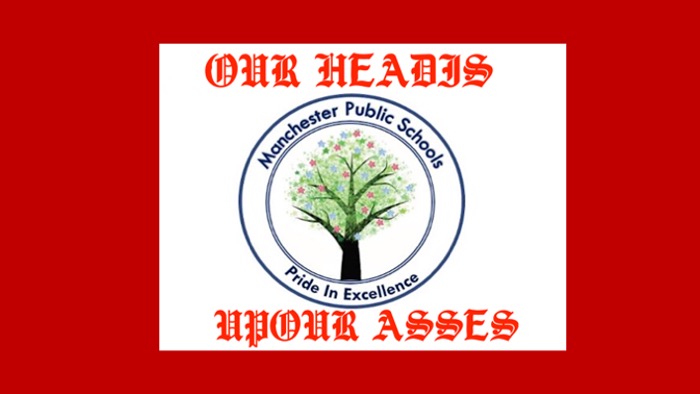 Remember when you were growing up, the dentist told you to brush your teeth after every meal. Well, that dentist might have been teaching you to be a racist—-at least according to one Connecticut school district. The  Manchester Public School District has changed their curriculum to focus on skin color and ordered their teachers to keep track of their activities at home and use them to reflect if things like brushing their teeth is racist.

The tracking program was part of an “equity training” program at the Manchester Public Schools. And teacher Jennifer Tafuto recently resigned and outed the school’s woke nonsense with its “Daily Racial Reflection Timeline,” Fox News reported.

In the last school year, the exercise was part of an equity training in Manchester Public Schools (MPS), where teacher Jennifer Tafuto recently resigned over what she saw as an excessive focus on race. Tafuto provided Fox News with instructions for the “Daily Racial Reflection Timeline,” which MPS confirmed on Monday.

“First, list as many actions as possible of your regular daily routine starting with immediately after you wake up until you return to bed at the end of your day,” the instructions read. “Second, after completing your timeline, reflect on how race plays a role in what you have listed; discussing this with others can help.”

Yes, America, the MPS wants teachers to mark down each time they take a poop and discuss the racial implications of that poop with a friend.  Well, actually, that isn’t one of the specifics the school district uses.

The four examples listed were things like “wake up and get coffee,” “brush teeth and take a shower,” and “[g]et dressed, eat breakfast.”

Shouldn’t that read, “read wake up and smell the coffee?”  Because that’s what whoever developed this woke program should be doing. It’s a good thing I am not a teacher and stuck in that school district because race doesn’t enter my mind when I’m brushing my teeth and/or in the shower.

Sometimes it comes up when having my bagel and schmear, but that only happens when I’ve already gone through the sports section of the morning paper, turned it over to the main news, and there is a story about race in the news section.

The instructions also provided examples of racial reflections for White and non-White individuals. They suggested a non-White person might say the following about practicing yoga and meditating in the morning.

“This is really important to center myself and get ready for an environment that is racially hurtful while being oblivious to how racially hurtful they are. This morning ritual gives me strength and when I skip it, my days are more challenging.”

The guide also suggests that a white person should be concerned about whether they culturally appropriated Indian culture when doing yoga and meditation. If someone suspects I’m meditating early in the morning, that’s not what I’m doing. My eyes are closed because I missed my alarm and still sleeping.

The Manchester document for teachers reflection is a bit biased because if a non-Jew is having a bagel and schmear for breakfast, they should be concerned about whether they culturally appropriating Jewish culture. However, I am sure that the guy who owns the local bagel store has no issue with their cultural appropriation.

For brushing teeth and taking a shower, they might say: “Doing this timeline has awakened me to how much worry I carry of being a non-white racial stereotype. While doing this timeline, I’ve come to realize how my grooming is so much about not just being clean and healthy, it is more about showing an EXTRA CLEAN and WELL GROOMED non-white racial example. It’s also about preventing harmful perceptions not just of myself, but also of other non-whites like me.”

I have to admit, in my mind, the reason for showering has nothing to do with race. It’s about smelling foul. And brushing my teeth is to prevent my choppers from falling out. Who knew that brushing one’s teeth, showering, and eating breakfast is something only racist white people do.

Jennifer Tafuto had been an elementary school teacher in the Manchester Public School District for six years before she “respectfully resigned” because she disagreed with the district’s emphasis on skin color as part of the curriculum.  She told the Washington Examiner:

Tafuto said she understood talking about race in a classroom but felt the current conversation was doing more harm to the children than good.

“I think that equity as a concept is extremely important,” she said. “As teachers, we should encourage our students to get along regardless of skin color. But I think that it’s important to talk about race in terms of kindness. I felt that this work was potentially harmful to my students, particularly my students of color, and setting them up to believe that they’re victims … I think Martin Luther King Jr. said it best when he said we should judge each other based on the content of our character and not the color of our skin.”

There have been many stories about America being at a competitive disadvantage in the past few years because our students are falling behind in basic skills–what we used to call the three “R”s, (Reading, wRiting, and aRithmetic)  Perhaps one of the reasons our kids are falling behind is the addition a fourth “R” (everything is Racist).