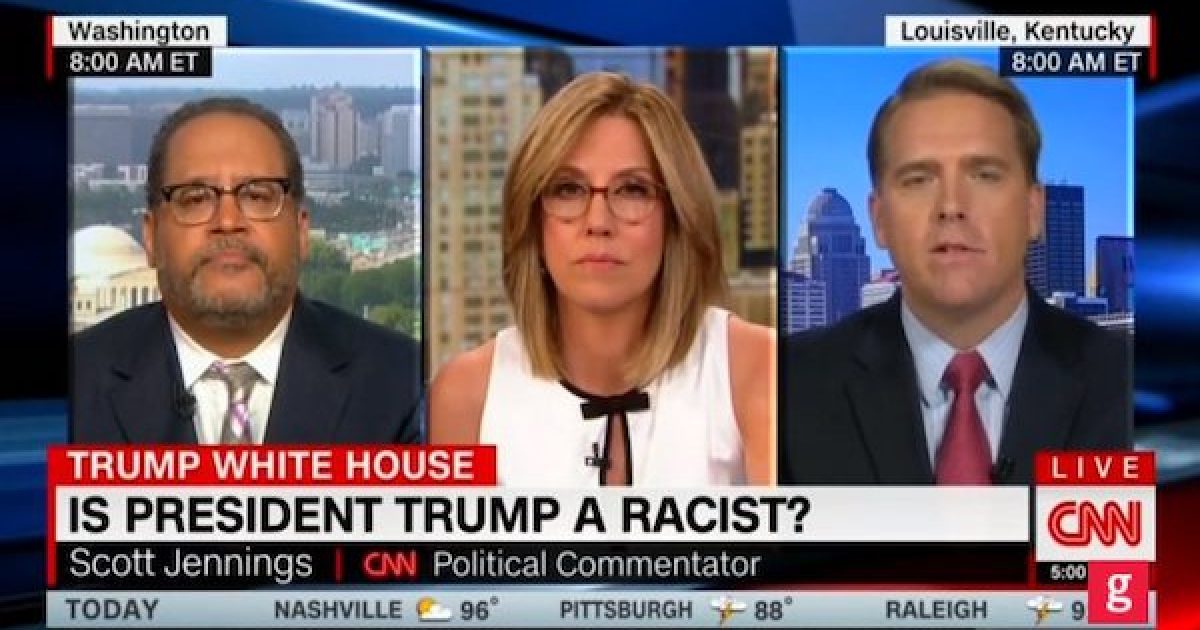 Here’s what President Trump said while answering press questions last Tuesday, “Any Jewish people that vote for a Democrat — I think it shows either a total lack of knowledge or great disloyalty.” A day later, when asked by the press, the President clarified that the Jewish disloyalty was to Israel and fellow Jews.

Democrats, media, and Jewish organizations whose first loyalty is to the Democrats (which covers almost all Jewish organizations) went wild. They claimed that Trump’s statement meant he believed in the dual loyalty canard and that he was displaying his bigotry.

Regular readers of these pages know that long before Trump made that comment, this reporter provided many examples proving the President’s statement correct. Although I called it Jewicide.

The media’s reaction to what Trump said was just another example of how they take many of his comments and twist them to make him look crazy or like a hater.

Also last week, the President asked about the China tariffs He was asked the question soon after he and retweeted a message that praised his stance about Jews voting Democratic. The tweet called Trump the King of Israel. The POTUS took it as a compliment, not as a job offer.

Explaining the tariffs, Trump jokingly called himself “the chosen one.” Those who watched the press gaggle could see he was joking. But the mainstream media, Democrats, and other Trump haters don’t have a sense of humor, they reported that Trump believed he was God.

Ironically during the Obama Administration, many in the media compared Trump’s predecessor to Jesus. A May 2010 cover of Time Magazine displayed a picture of Obama asking the question, “God the father or God, the son?” A January 2013 cover of Newsweek featured a full-page photo of the 44th President with the caption, “The Second Coming.” During the 2012 primary season, Chris Matthews referred to Obama as the Messiah.

President Trump is a consummate marketer/salesman and is constantly interjecting quips onto a conversation, and his detractors are consistently getting it wrong.

During the 2016 campaign the future President joked about the emails Hillary Clinton destroyed, “Russia if you’re listening, I hope you’re able to find the 30,000 emails that are missing think you will probably be rewarded mightily by our press.” The press and the other Trump-haters believed that joke to be true and the Democrats used it to start the Russia investigation.

His MSM and other detractors used another joke, this one to falsely label Trump an anti-Semite.  They claim the future POTUS wouldn’t take money from Jewish donors. But he wasn’t talking about Jewish money he was talking about money from rich people.

“You’re not going to support me because I don’t want your money. If I wanted your money, I think I’d have a damned good chance. You know the money I have turned down?” And he followed up by including himself in the group “Hey five months ago I was with you. Who is better than me. I gave three hundred and fifty thousand dollars to the Republican Governors Association and I never even got a letter of thank you.”

The audience got the joke and laughed, the press didn’t understand and slammed Trump.

Remember Baltimore? At the end of July when Trump tweeted, Rep. Elijah Cummings has been a “bully, shouting and screaming at the great men & women of Border Patrol at the Southern Border, when actually his Baltimore district is FAR WORSE and more dangerous,” In a second tweet he added, “As proven last week during a Congressional tour, the Border is clean, efficient & well run, just very crowded. Cummings District is a disgusting, rat and rodent-infested mess. If he spent more time in Baltimore, maybe he could help clean up this very dangerous & filthy place.”

Democrats and their handmaidens in the mainstream media shot into the stratosphere of hyperbole calling Trump a racist for his criticism of Democrat Rep. Elijah Cummings and his failed leadership for the City of Baltimore.  Not receiving the same attention from the liberals and the mainstream media (is that redundant?) was a 2018 video of former Baltimore Mayor Catherine Pugh wandering through Cummings’ district and saying, “you can smell the rats.” If Trump was racist, what was the African American Mayor Pugh?

Rep. Cummings must be a racist also because during a 1999 Congressional hearing he described his Baltimore district as, “This morning, I left my community of Baltimore, a drug-infested area, where a lot of the drugs we’re talking about today have already taken the lives of so many children,”

It makes one wonder if any criticism of Baltimore by a Republican is racist or is it just when President Trump is talking.

The media labels Trump as a racist because he often points to Elizabeth Warren’s (D-MA) fraudulent claim of Native American heritage by calling her “Pocahontas.” But in doing so, he isn’t disparaging Native Americans — he’s disparaging Pocahontas, I mean Sen. Warren.

They also claim that President Trump’s past support of the “birther” theory—that President Obama couldn’t prove he was born in the U.S. was racist.  I believe that Obama was born in Hawaii, and Trump rebuked his previous belief in 2015 before he announced his run, so he now believes it also. But if Trump’s past support of the disproved “birther” claim was racist, the media should also point to the Hillary Clinton campaign.

While there is no evidence that Hillary Clinton ever said or even hinted publicly that she believes Barack Obama wasn’t a natural-born citizen, there is plenty of evidence the birther hoax was born in her camp.

In 2007 Mark Penn, the top campaign strategist for Hillary’s campaign wrote a memo about Obama that said in part “I cannot imagine America electing a president during a time of war who is not at his center fundamentally American in his thinking and in his values.” The memo urged the campaign to target Obama’s “lack of American roots.”

James Asher, a reporter for McClatchy newspapers in 2008 said that Sid Blumenthal, long-time Clinton-associate told him in person that Obama was born in Kenya.

Though it was created by the Clinton campaign, Birtherism is only racist because Donald Trump used to believe it.

In July the media claimed that Trump told the four members of the Squad to go back to the countries from where they came. But that was only one line from what he tweeted. Trump’s tweets were saying you think you can do it better? Go back to the countries where you came from, fix their problems, then come back and tell us how it’s done.

His exact words were, “Why don’t they go back and help fix the totally broken and crime-infested places from which they came? Then come back and show us how it is done.” Not racist, but incorrect as the only member of the Squad who was born outside the U.S. is Rep. Omar.

Sadly, the media used it to perpetuate their fake “Trump is a bigot” story. But Trump wasn’t “picking on them” because they were dark-skinned he was attacking them because of their socialist philosophy, and their constant comments disparaging the United States.

There are many other examples, such as Trump’s patriotic attacks on NFL players who disrespected the flag and the national anthem, his travel pause, preventing people from seven countries who did not vet the people coming to America (five of which were Muslim majority countries), the media has even claimed his campaign slogan “Make America Great Again” is racist. Funny how they didn’t call it racist when the same slogan was used during former President Bubba Clinton’s initial presidential run.

Then there is the big kahuna, Charlottesville. The horrible incident at Charlottesville where a protester killed by a neo-nazi who intentionally hit her with a car, was the start of the false media claims of Trump racism

There are times when President Trump’s comments are not artful and make him seem like a bull in a china shop. But he is supposed to be the bull in a china shop–that is why he was elected. The MSM either doesn’t realize what voters wanted or hate that the American people went around their recommendations and elected a man doesn’t conform to the mainstream media’s pre-set image of a president.

Donald Trump was elected because he promised to stir the pot and change the way Washington D.C. operates. That’s precisely what he is doing, and America is better off for it.  But the D.C. political establishment, which includes the mainstream media, is fighting to maintain the status quo. That was the reason they spent two years pushing the discredited story his campaign was colluding with Russia and why they claim he is a bigot, racist, and anti-Semite.

President Trump is a man who says exactly what he believes just read his tweets. And the mainstream media complains about it all the time. If Trump were a racist, he would come out and say it, leaving no room for interpretation. Thus, the bigotry claims of the Democrats and the mainstream media are bogus. The President doesn’t believe that any race is superior to another so to make sure the voters don’t repeat what they believe is the mistake of 2016, the media spins everything he says into a bigoted canard.

But this is what they don’t hear. Most of Trump’s speeches include a version of the words he used in his first speech to Congress in February 2017, which outlined his philosophy about the people of America.