The Madness of The Mainstream Media 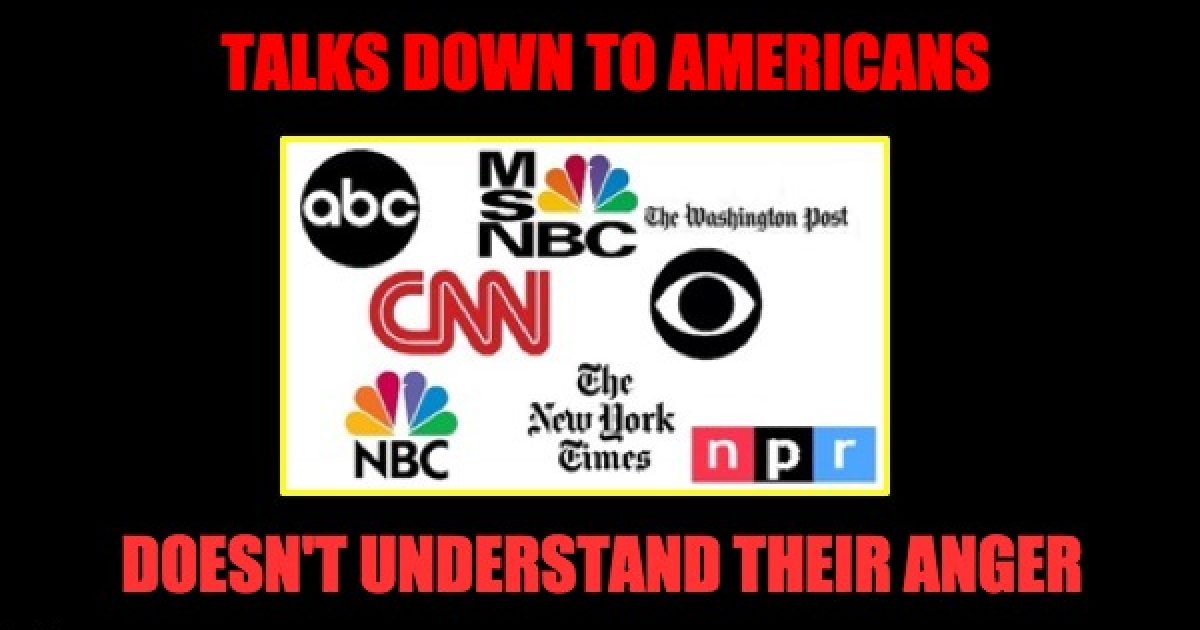 A basic rule of “presenting” is to never put down the people one is talking to, it’s a rule that many in the news world break regularly. The recent example comes from Politico, whose Marc Caputo, took to social media and mocked Trump fans as toothless hillbillies. Caputo’s tweets are an example of the truth behind the anger of many Americans toward the mainstream media–mainstream media arrogance.

Caputo was trying to defend Jim Acosta, the most hated newsman in America who was heckled during a Trump rally earlier this week. While doing a live report at President Trump’s rally in Tampa, Florida, CNN’s Jim Acosta had to deal with hecklers screaming CNN Sucks, Fake News, and Go Home.

In a true arrogant fashion, Caputo responded to an Acosta tweeted video showing his harassment claiming, “If you put everyone’s mouths together in this video, you’d get a full set of teeth.”

If you put everyone’s mouths together in this video, you’d get a full set of teeth https://t.co/NWlicnJ4Mc

Way to justify the anger towards mainstream media reporters Marc, act like you are better than the people you are reporting about. That is part of the reason your buddy Acosta is unpopular.

But Caputo wasn’t done, the stupid fairy must have sprinkled more dust on him because he shoved his foot further down his throat.

Oh, no! I made fun of garbage people jeering at another person as they falsely accused him of lying and flipped him off.

Someone fetch a fainting couch.

This is so gross and this kind of statement is what so many in the middle of the country think the media thinks of them. @politico should hold their reporters to a higher standard. https://t.co/LEDZBKq96g

“Siri, why does Trump’s enemy of the people insult resonate with voters?” https://t.co/0VH6X6XPUV

Atta boy, Marc. That will convince them that the media is not against them. https://t.co/yGAhQexyiF

During this election cycle @realDonaldTrump voters have been called crazies, deplorable, racists and now you have a reporter saying this below…its pretty sad. At the end of the day, we were motivated, we voted and we won and are still winning because the #MAGA agenda is working! https://t.co/ZyRqLHGHn1

The Left loves nothing more than the artificial sense of elitist superiority they get when mocking the poor and pointing in disgust at the average American they deem ‘uneducated’ and too unsophisticated to be viewed as people.

Based on the angry reaction or (if you believe it) a real sense of guilt Marc Caputo apologized.

I need to apologize for tweeting caustic remarks after seeing a reporter berated & abused. Hate begets hate. My comments referred ONLY to those jeering and swearing at the man, not a broad swath of people. But the fault is mine for causing confusion and feeding anger. 1/3

While it’s usually a good idea to just delete tweets that are wrong, I own this and the criticism (both accurate and misleading) that has followed. I’ll do better. Here they are: 3/3 pic.twitter.com/G2rZrHjYWb

What Caputo, his buddy Jim Acosta and too many others in the mainstream media doesn’t understand is the people’s anger goes beyond the fake news and biased reporting, its the arrogance. Caputo’s compatriots believe the people are stupid, its why they ignored the Obama scandals such as fast and furious, the IRS attacks on conservative organization, and the Benghazi lies. It is also why they attack Donald Trump and his supporters. Since these arrogant newsmen believe that Trump’s policies are so obviously wrong, those who believe in his policies must be stupid.