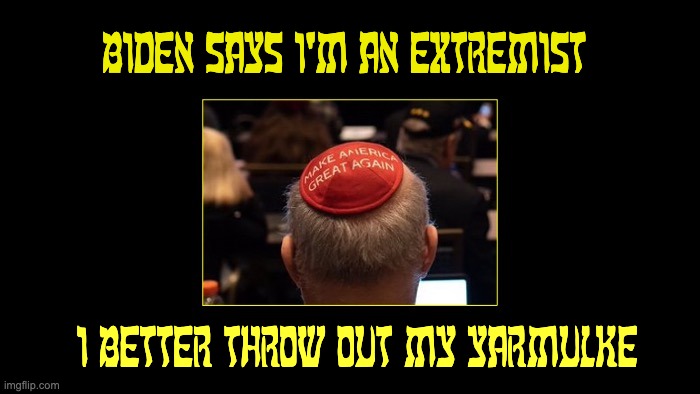 Oh My, what am I going to do? I feel awful! And why didn’t any of my friends tell me? I had to learn from the leader of the free world?

“What are the next things that are going to be attacked?” Because this MAGA crowd is really the most extreme political organization that’s existed in American history—-in recent American history.”

I fit into the Make America Great crowd (MAGA) because I love this land of opportunity, which allowed my grandparents to immigrate into the country, find a job, and raise a family. But as of Biden’s words, I learned that I was an extremist.

These are just a few of the people I learned about who aren’t extremists. If President Biden hadn’t said the MAGA crowd was extremist, I would never have known that I am a terrible person. I bet that seeing my love of the country, some people even thought I had dementia.

Thank you, Mr. President!  Based on your description, I will start to hate America.