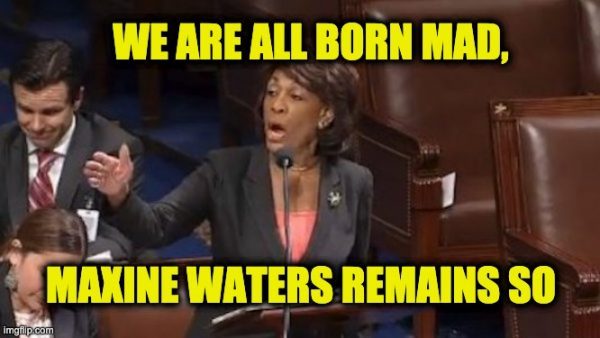 Some are born mad, some achieve madness, and some have madness thrust upon ’em. It doesn’t really matter which way she became nuts—Maxine Waters is just plain crazy. mad Maxine Trump economy

“Trump doesn’t care about the 80,000+ people who’ve died from #Coronavirus! He only wants to open up the economy so he can go back to having his white power pep rallies! The death & economic devastation we are facing is b/c Trump failed to act early & called #COVID19 a HOAX,” she screeched on Twitter.

Trump doesn’t care about the 80,000+ people who’ve died from #Coronavirus! He only wants to open up the economy so he can go back to having his white power pep rallies! The death & economic devastation we are facing is b/c Trump failed to act early & called #COVID19 a HOAX!

Of course, everything she said is a lie.  For starters, Trump NEVER called the virus a hoax, but apparently, Waters is either a liar or simply too crazy to even care that that claim has been thoroughly debunked (or both). mad Maxine Trump economy

As for acting early, Trump administration was taking measures in January while Waters and her fellow co-conspirators were engaged in a sham impeachment coup.  Here’s a timeline. Starting in January, the administration had already taken many actions to fight the spread of the virus. Including:

Despite Waters’ assertion, Trump never referred to the virus as a “hoax.” The left-wing talking point was birthed following a February rally in Charleston, South Carolina. The president told the crowd that Democrats were “politicizing the coronavirus” — an assertion that has proven to be true in recent weeks, given the Democrats’ repeated attempts to pack party agenda items in coronavirus relief measures. Trump added that Democrats’ desire to blame him is the “new hoax” — not the virus itself.

“One of my people came up to me and said, ‘Mr. President, they tried to beat you on Russia, Russia, Russia. That didn’t work out too well. They couldn’t do it. They tried the impeachment hoax. That was on a perfect conversation. They tried anything,” Trump told the crowd.

Waters’ remarks come as Americans across the country demand their leaders to reopen the economy so they can return to work and resume their livelihoods. Jobless claims now stand at roughly 36.5 million since the start of the pandemic. However, some leaders, like Pennsylvania Gov. Tom Wolf (D), are remaining obstinate, while other governors, like Georgia’s Gov. Brian Kemp (R), are allowing their states to slowly return to normal.

Waters, by the way, admitted that she doesn’t want to see the economy opened back up during an interview on Spectrum News 1’s “Inside the Issues.” 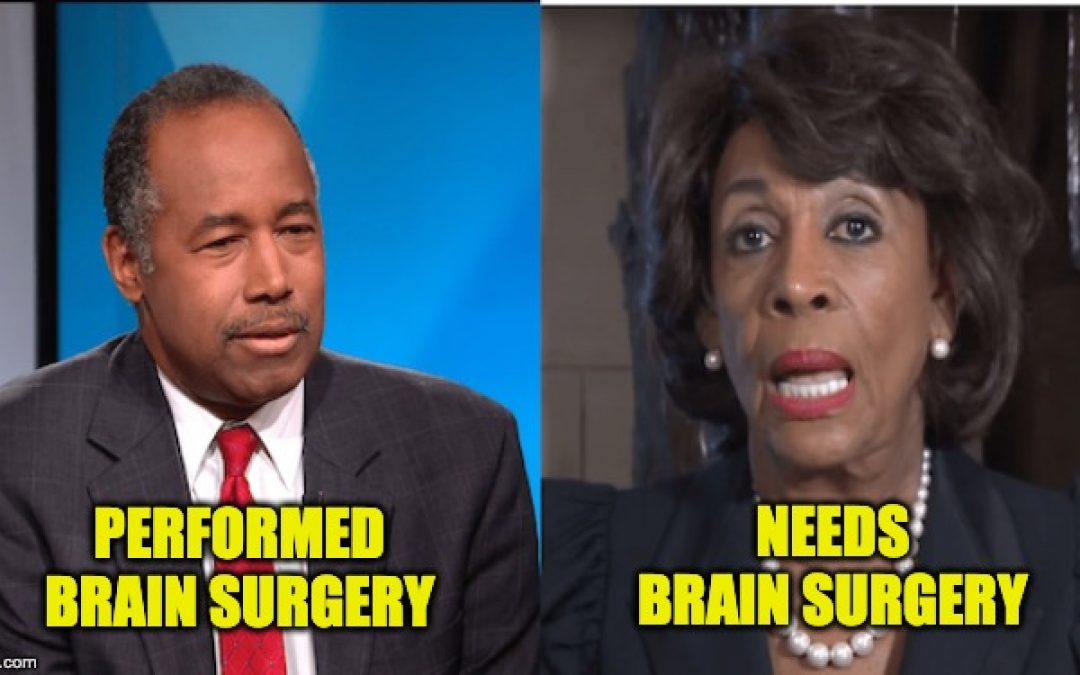 “So we’re doing everything that we can give support to our constituents, to our citizens, to the people who work every day, who have families to take care of. So if we do that, this will support our states and our governors and not having to open back up. So that you know the small businesses that are in direct contact with people nail shops, beauty shops, barbershops, flower shops, these are people in touch with folks every day, and they’re risking their lives, and we don’t want them opened up. We are very sympathetic to the pressure that is being put on by the president of the United States and organize efforts of these protesters. We want the governors to hold the line. Be as tough as you can be. Be as thoughtful as you can be. Do everything you can to hold the line. I know that Governor Newsom is doing that. And any small steps that he takes, he is doing it with a lot of support. We are with you, governor. Hold the line,” she said after saying Trump and the protesters should be ashamed for wanting the economy opened back up. mad Maxine Trump economy

At this point, Democrats like Waters are causing more damage to America than any pandemic.