The Greatest Presidential Speech Ever? 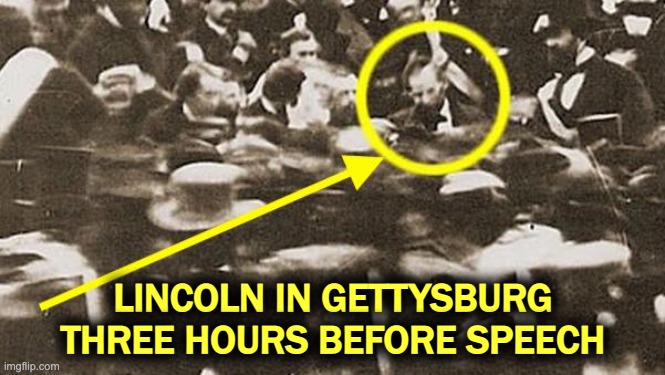 The Battle of Gettysburg, one of the most noted battles of the Civil War, was fought on July 1–3, 1863. On November 19, 1863, President Lincoln dedicated the field as a national cemetery. He delivered a two-minute speech that was to become immortal, the Gettysburg Address (the picture above is one of only two images of Lincoln at Gettysburg. The yellow arrow points him out).

The Battle of Gettysburg, fought four months earlier, was the bloodiest battle of the very bloody Civil War. Over three days, more than 45,000 men were killed, injured, captured, or missing. The battle also proved to be the turning point of the war. The South’s defeat and retreat from Gettysburg marked the last Confederate invasion of Northern territory and the beginning of the Army of the South’s ultimate decline.

President Lincoln wasn’t even the main attraction on that day in Pennsylvania 159 years ago. Edward Everett, one of the most famous orators of the day, was the keynote speaker. But in Lincoln’s speech (which was not written on the back of an envelope) of a mere 278 words, the 16th President not only dedicated a national cemetery but rededicated America to the hopes and dreams expressed in the Declaration of Independence.

At the time of its delivery, the speech was relegated to the inside pages of the papers, while the two-hour address by Edward Everett caught the headlines more for its length than its content.

In 2013, 150 years after Lincoln delivered the Gettysburg Address, The Harrisburg Patriot and Union wrote an editorial retracting its original trashing of Lincoln’s speech. The retraction began, “Seven score and ten years ago, the forefathers of this media institution brought forth to its audience a judgment so flawed, so tainted by hubris, so lacking in the perspective history would bring, that it cannot remain unaddressed in our archives.”

That negative review may have resulted from the Chicago Times’ liberal slant and the fact that Abraham Lincoln was America’s first Republican President.

Modern politicians should take note the address is concise. Also, there are no sob stories about an obscure person Lincoln once met as politicians do today, and nowhere in the address are the words; me, my, or I. This speech was about a vision of the future of America, not Lincoln, yet 159 years later, it is remembered better than speeches modern politicians made 159 hours ago.

Read the full speech below. It is a masterpiece:

There are five “original copies” of the Gettysburg Address, and each is slightly different in wording and punctuation. The version below is displayed in the Lincoln Room of the White House. 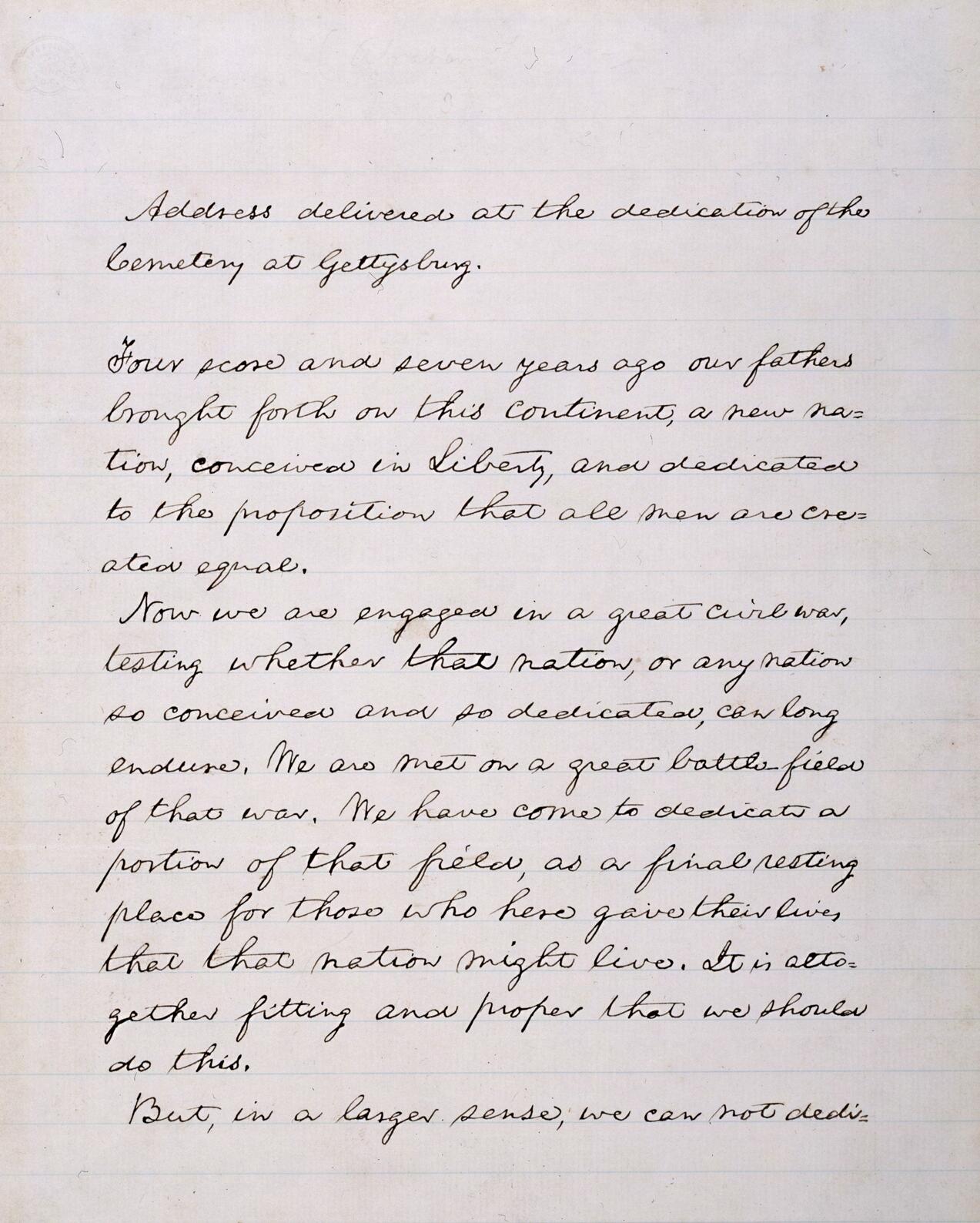 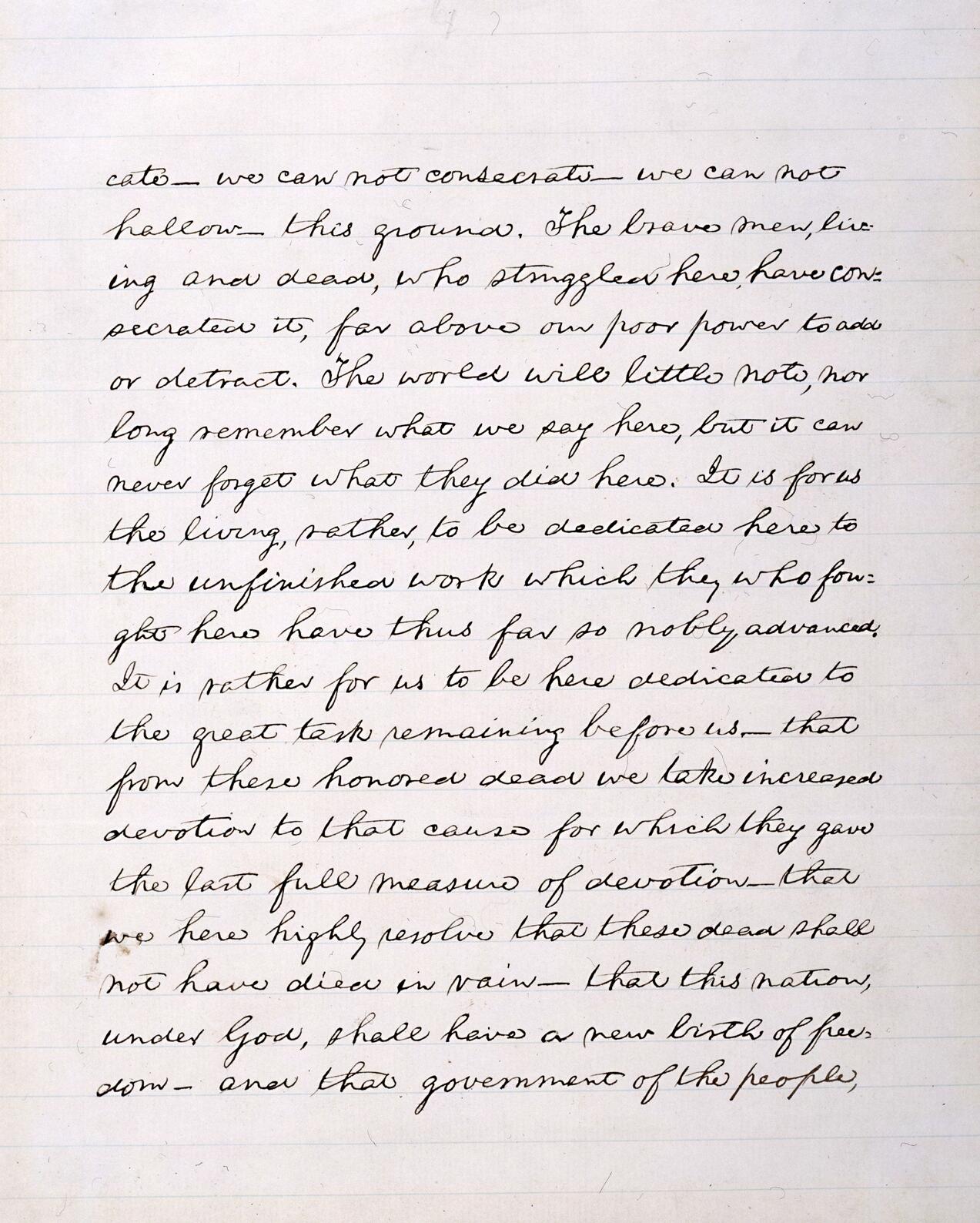 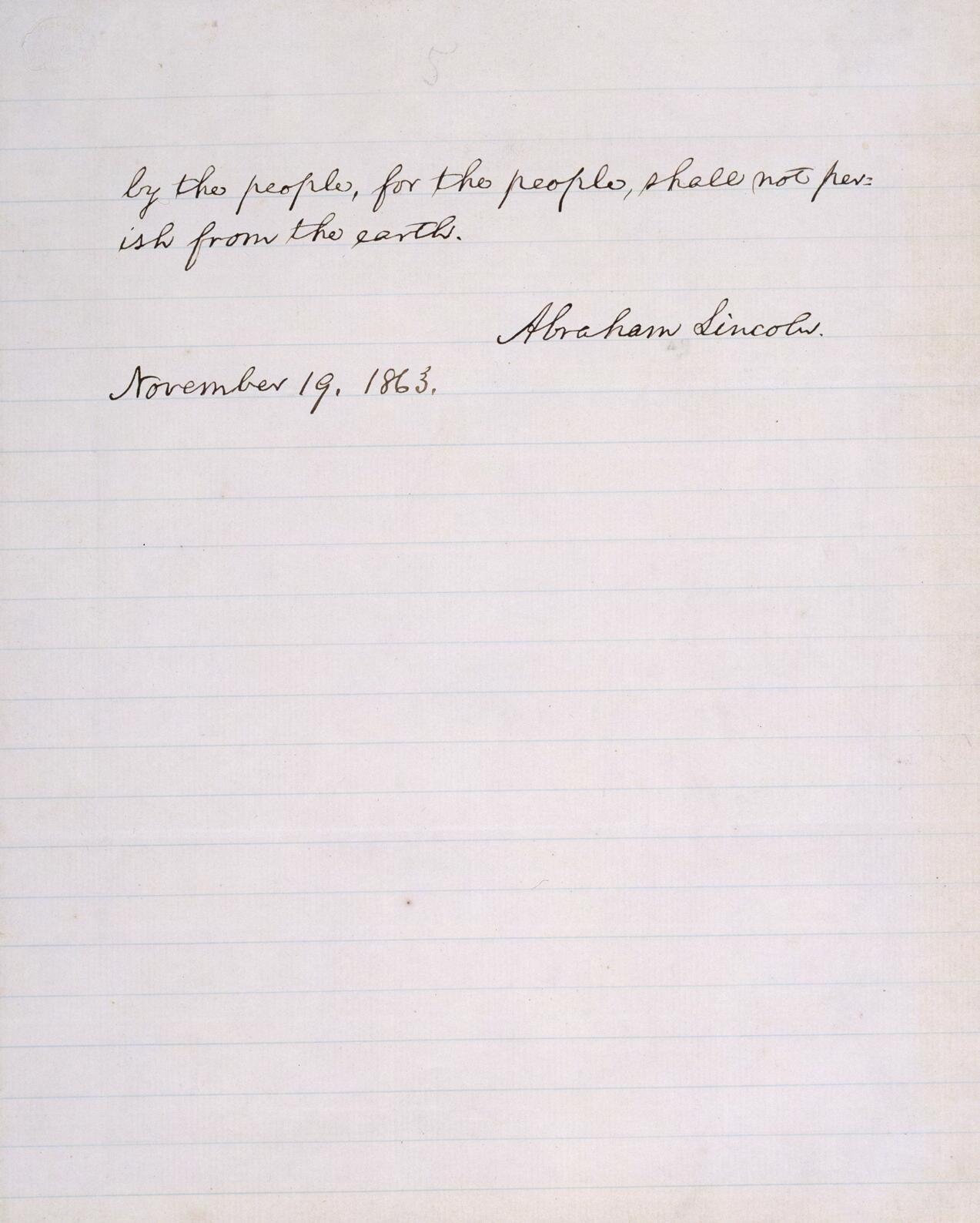