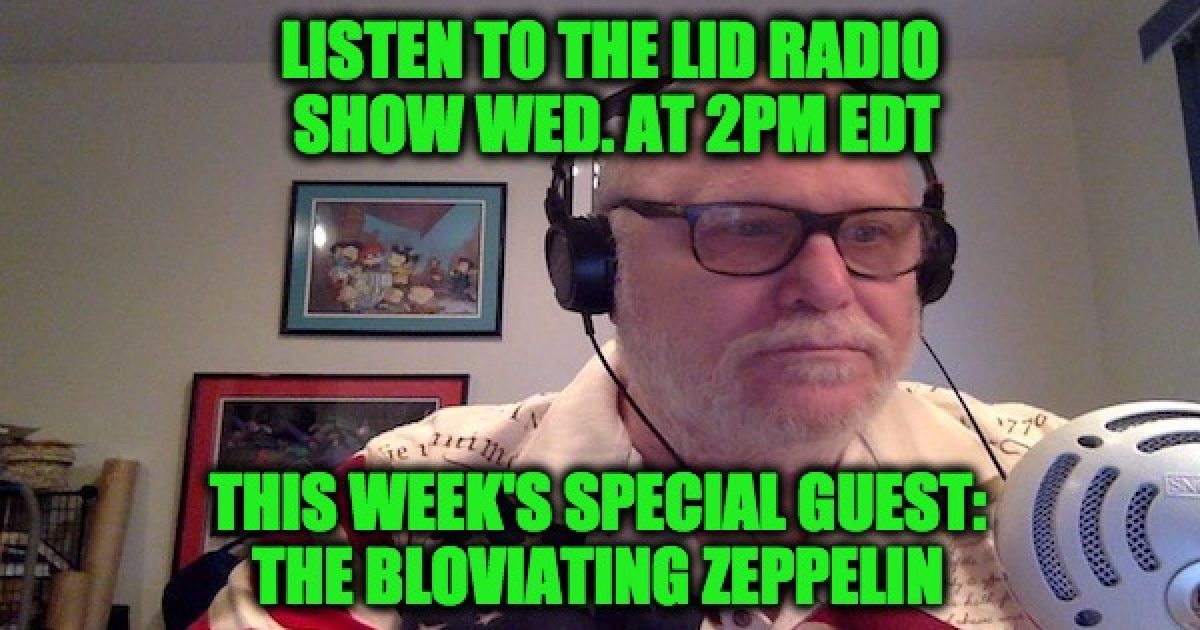 The Left Must Be Crazy!

This week’s Lid Radio Show guest is BZ, the Editor/Publisher of the great website Bloviating Zeppelin, whose latest article offers” proof that Leftists are in fact insane.” Along with his blogging, BZ is also the host of the show on SHR Radio:  BZ’s Berserk Bobcat Saloon, which can be heard on the SHRMedia and High Plains Talk Radio networks every Tuesday and Thursday Nights @11pm Eastern.

Along with leftist insanity,  Zep and I have plenty of left-wing craziness to discuss, like who paid for the anti-Trump dossier, the Uranium One scandal, Tax Reform, 2 RINOS leave the Senate (whining on the way out) and anything that comes up before the show.