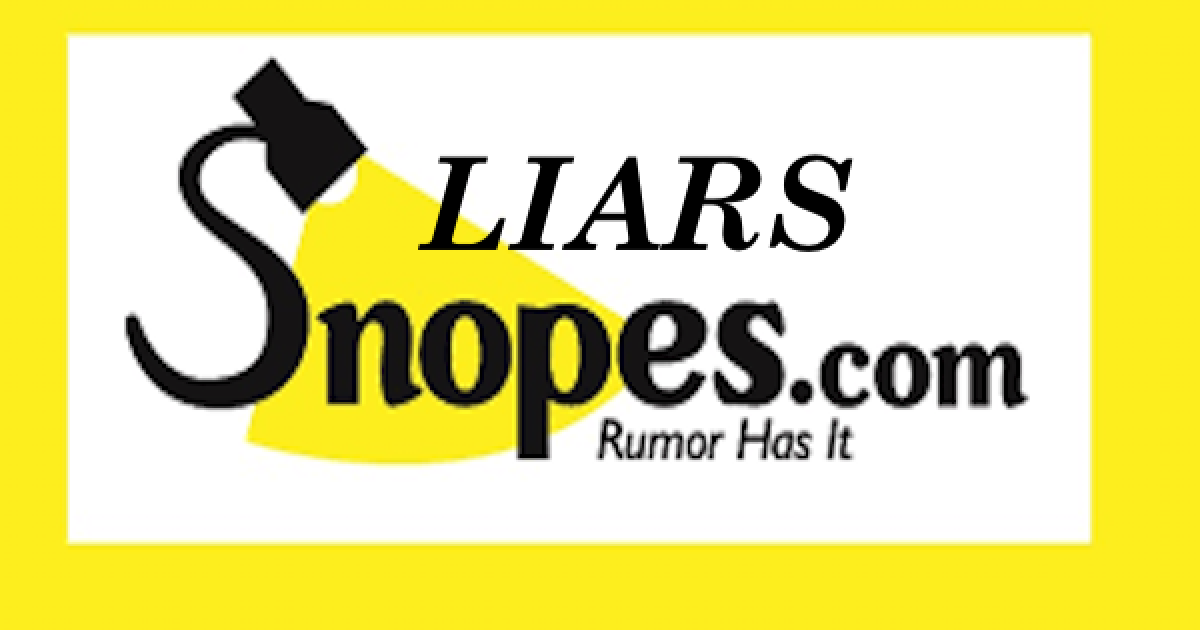 Snopes, the fake “fact check” site run by liberals, has been caught trying to justify the lies in an anti-Trump meme that is making the rounds this week. But after it was found lying in an effort to harm Trump, Snopes desperately tried to backtrack.

The false meme aimed at attacking Trump features a photo of the president surrounded by a large number of members of Congress and other Washingtonians with Xs over many of their faces. The meme maintains that those with Xs over their faces were “voted out of Congress” because of their votes against Obamacare, Daily Caller reported. 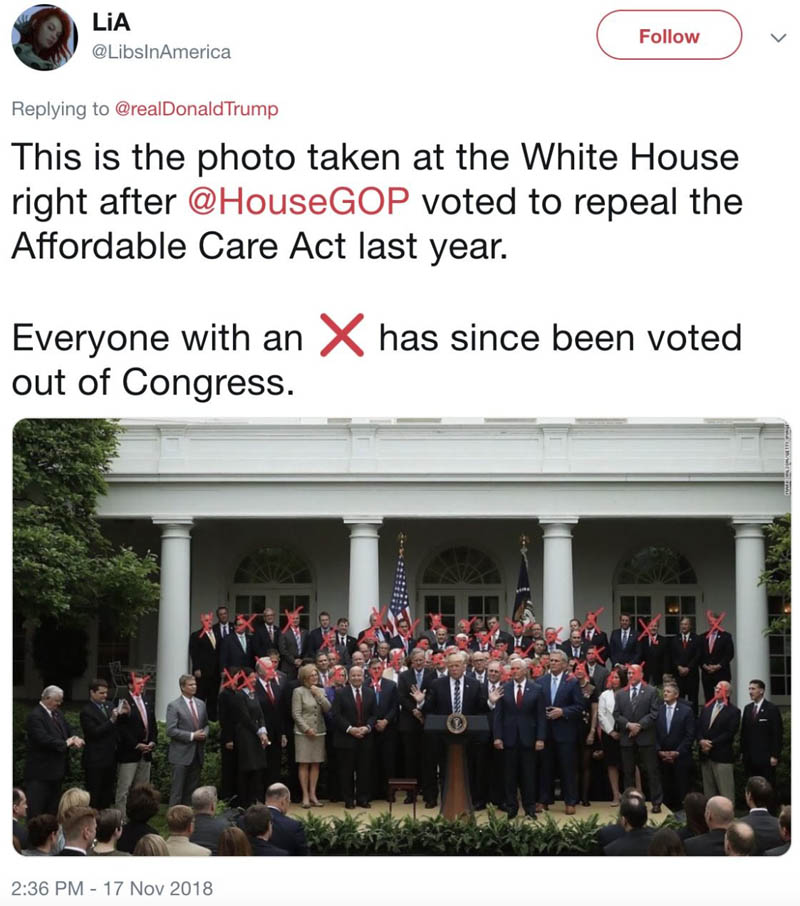 But it turns out that the claim that the Xs represent those voted out because of Obamacare is a lie.

Even left-wing reporters like Politico’s Jake Sherman quickly noted that the claims of the meme are BS.

The Daily Caller also put out a detailed report proving that the meme is mostly garbage.

But even after the fake anti-Trump meme was debunked, the left-wing “fact checker” site, Snopes, jumped into the game to support the anti-Trumpers.

Palma rated it “true” that “The Congressional seats of almost three dozen Republicans who voted to repeal Obamacare were lost to Democrats in 2018” — a different claim than what the picture alleged, much less its “primary” claim.

“In the meme, red ‘X’ marks were drawn through the faces of 33 lawmakers who purportedly were rejected by voters in the 6 November 2018 midterm elections,” Palma wrote.

Both that claim and Palma’s summary of it were inaccurate.

Not everyone in the photo with an “X” over their face was a lawmaker — a fact left out of Palma’s fact-check. Centers for Medicare & Medicaid Services Administrator Seema Verma, for example, had an “X” over her face even though she’s not an elected official.

Moreover, many of the lawmakers who did have an “X” over their face won re-election.

Snopes, though, continued to claim that the meme is “generally correct” even though it is mostly false.

Remember this expose the next time you read a Snopes “fact check.”

Snopes is a liberal outlet whose goal is to push an agenda. And the truth is not part of that agenda.