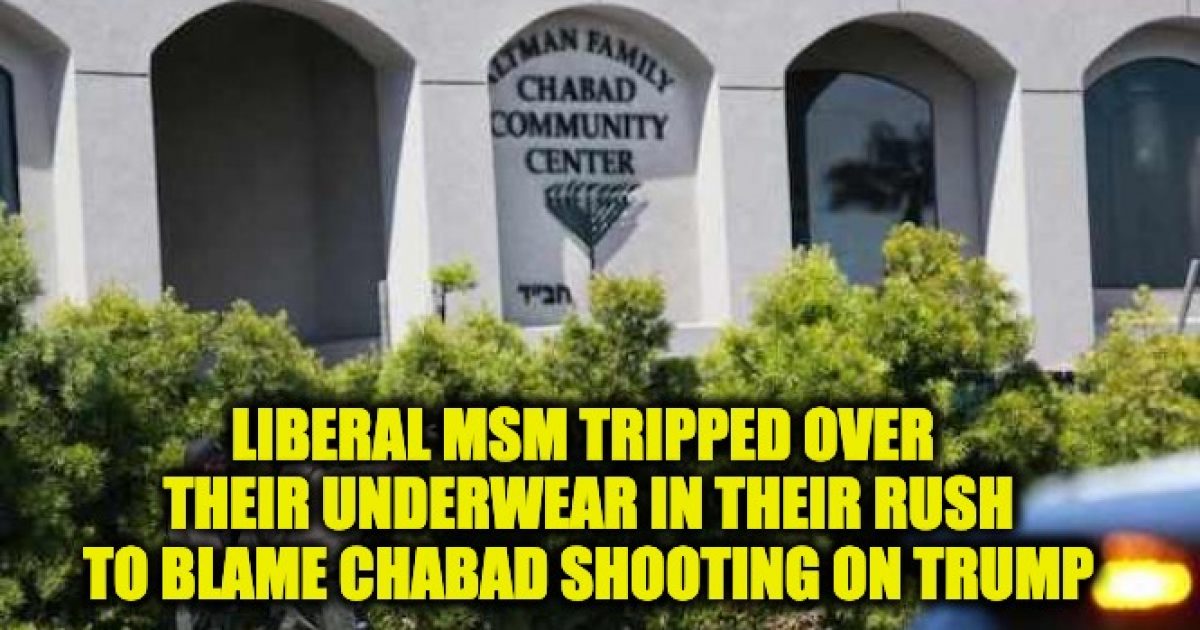 On Shabbos, the last day of Passover, 19-year-old John Earnest of San Diego walked into the Chabad of Poway synagogue and opened fire, killing one person and injuring three others, including a child. The liberal media almost tripped over their underwear rushing to politicize the shooting by blaming it on “right-wing hate sites” and President Trump.

Look, we’ve always been a violent society. America’s history is founded on violence but the underbelly was generally tamped down. We got some with McCarthy, we got some of it with George Wallace, but this era we’re in with Donald Trump, it’s like the Gates of Hell have been opened and these people get a pass to come on out and do it in public.

Another guest Elaina Plott, White House correspondent for The Atlantic, criticized Trump for not saying anything about the attack which was a lie. By the time the show was taped on Sunday morning, the President had made a statement as walked to Marine One.

Thoughts and prayers to all of those affected by the shooting at the Synagogue in Poway, California. God bless you all. Suspect apprehended. Law enforcement did outstanding job. Thank you!

And he also raised the issue during his rally in Green Bay, Wisconsin:

“Tonight America’s heart is with the victims of the horrific synagogue shooting in Poway, California. Just happened. Our entire nation mourns the loss of life, prays for the wounded, and stands in solidarity with the Jewish community. We forcefully condemn the evil of anti-Semitism and hate, which must be defeated. Just happened. Must be defeated. And we are grateful to the law-enforcement personnel for their courageous response. Incredible response today by law enforcement. And I especially want to recognize a certain off-duty border patrol agent who bravely returned fire and helped disrupt the attack and saved so many lives. Border patrol!  (…) We stand together. We will all get to the bottom of it. We’re going to get to the bottom of a lot of things happening in our country.”

Both the blaming of Trump and “right-wingers” were factually incorrect, totally imbecilic and allows the person who should be accused of causing the shooting off the hook.

The person who should be blamed for the Chabad of Poway shooting is 19-year-old John Earnest of San Diego who just before the shooting posted a manifesto where he explained why he didn’t like Trump or conservatives:

In his manifesto, John Earnest wrote a “lightning round” with questions and answers. The first question he answered was whether he is a Trump supporter. He wrote, “You mean that Zionist, Jew-loving, anti-White, traitorous c*cksucker? Don’t make me laugh.”

(…) “I am not a useless, spineless coward so no—I am not a conservative. Conservative is a misnomer. They conserve nothing. They’ll complain all they want but they won’t take up arms and threaten their government with death (the only thing that works). Ever heard about the Battle of Athens (1946)? Find your balls again you insufferable f*ggots. If you do not defend your rights you deserve none.”

But, said some of the liberal media in response to the shooting, the ADL has tracked a 57% an increase in anti-Jewish incidents in 2017 that must be caused by Trump’s rhetoric, right?

The ADL numbers include 193 incidents of bomb threats to Jewish institutions as anti-Semitic incidents. But neither of the two people arrested for those (and other bomb-threats) did so because of anti-Semitism. One was a former journalist who made the threats in an attempt to frame an ex-girlfriend, and the one responsible for most of the calls was a Jewish Israeli-American who was rejected by the IDF because of mental problems. The ADL reported a significant increase in incidents on college campuses, 204 incidents in 2017, compared to 108 in 2016. What it didn’t say is how many of those incidents were caused by leftist groups, including the “Students For Justice In Palestine (SJP).”  According to the AMCHA Initiative (a non-partisan organization documenting antisemitism on U.S. College campuses), there is a high correlation between anti-Semitism on campuses and the presence of an SJP chapter. There are other reasons to see the ADL numbers as a gross exaggeration including one that the ADL itself admitted (better reporting), but that’s only part of the story as the ADL would do anything possible to make a Republican, especially a Republican president look bad.

The leftist media is quick to suggest this President promotes Antisemitism, although his first UN Ambassador Nikki Haley fought Jew-hatred in the international organization with an effort not seen since Daniel Patrick Moynihan ripped the Zionism=Racism proposal into pieces on the General Assembly floor.  The media also ignores that Trump appointed Ken Marcus, as head of the Department of Education’s Office of Civil Rights, who spent much of his career fighting Antisemitism. Marcus was confirmed despite objections from the Democratic Party and their allies who didn’t like that he correctly labeled some anti-Israel incidents as anti-Semitic.

There are many (including this writer) who believe Donald Trump is the most pro-Jewish president in their lifetimes. It is indisputable that he is the most pro-Israel, president since the creation of modern Israel in 1948. In fact, when liberals criticize Trump’s pro-Israel policies it’s because they believe the policies are too pro-Israel.

Blaming President Trump for the shooting Chabad of Poway is wrong.

It is also wrong to blame the real political Jew-haters, people like Barack Obama the most anti-Semitic President in my lifetime.  Or the Democrats running for president who rushed to pay tribute to Al Sharpton whose Jew-hatred included leading two anti-Semitic pogroms in NYC. Not even Rep.Omar’s Antisemitism or the Democrat’s refusal to explicitly condemn her Jew-hatred caused the shooting. One can’t even blame Congressional Black Caucus’ affinity for Louis Farrakhan, or even Rep. Hank Johnson’s beating Farrakahn to the punch by calling Jews termites in 2016.

Even the international editor of the New York Times which published an Antisemitic cartoon two days before the shooting cannot be blamed. 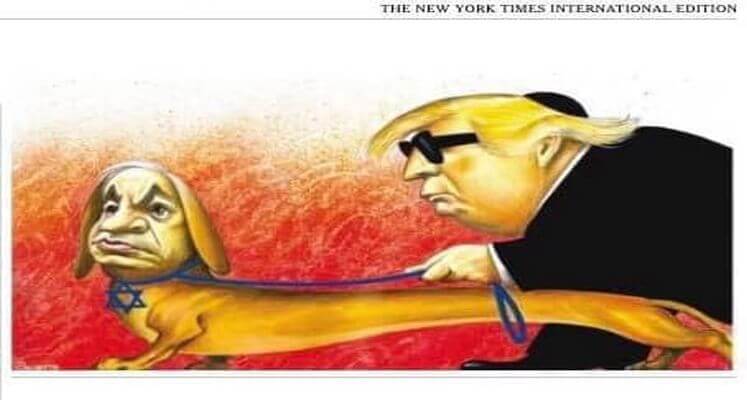 Not one of them, not any of the Jew-hate spewing members of the Democratic Party I’ve been identifying since 2017 caused the Chabad of Poway shooting. The anti-Semitic Women’s March cannot be blamed for the shooting either.

But if the real anti-Semites cannot be blamed for the shooting, how then can the liberal media place the blame on a president who many believe is the most pro-Jewish President in their lifetimes?

Sorry liberal media. The only person who can be blamed for the horrible shooting at the Chabad of Poway is the person who pulled the trigger, 19-year-old John Earnest of San Diego.