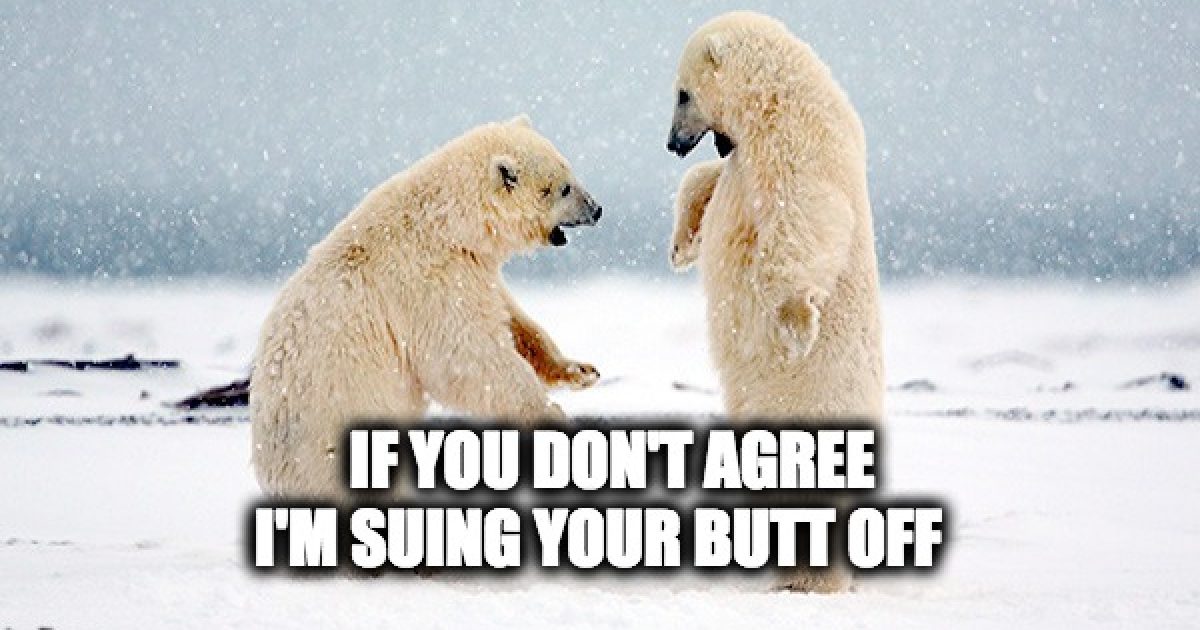 Since the left has not been overly successful in pushing the federal government to do a whole lot to implement global warming policies, many liberal city mayors have stepped into the breach by signing onto nuisance lawsuits against the business sector to try and achieve that goal. It is a practice that Forbes magazine chief Steve Forbes says has to stop.

Washington has been somewhat stymied on global warming issues mainly because the voters simply don’t agree with the idea that our lives should be cast into the dark ages because some liberals think the sky is falling — or warming, as the case may be.

One area where Washington has succeeded in implementing global warming policies has been at the Environmental Protection Agency. President Barack Obama was quite successful in forcing his global warming agenda on the EPA, certainly. However, regulations are not the same as laws passed by Congress and the EPA is prone to seeing those regulations repealed or leavened by succeeding presidents.

In fact, that is what President Donald Trump has been doing. Trump has become — perhaps surprisingly so — a president who has rolled back more regulations than any president in history. He has particularly targeted the rules put in place (or planned for rollouts) by the Obama regime.

I say all this to note that Washington just hasn’t been able to implement the sort of long-term global warming policies the left dreams of putting in place.

So, liberals have refocused their efforts on local politics. And this focus is what brought the ire of one-time GOP presidential candidate and consummate free-market thinker Steve Forbes.

In an April 4 editorial, Forbes rang the alarm bells about liberal mayors who are using lawfare — the act of using the law as a weapon — to push globaloney ideas.

Forbes begins his piece asking who is responsible for global warming and then replying:

If you listen to New York City Mayor Bill de Blasio and the California mayors of San Francisco, Oakland, Richmond and others, the entire blame rests exclusively with our oil and natural gas industry. Conveniently, these money-hungry mayors and their equally greedy trial lawyers accuse only the largest, most profitable oil and natural gas companies of wrongdoing.

So, how are they doing this?

Their municipal lawsuits allege that global warming is a local, “public nuisance” issue and the sole perpetrators of our planet’s “warming” are no farther away than the local refinery or natural gas plant. Sound unfair? Add this insane reasoning to the fact that dozens of other industrialized nations are apparently blameless for any of the planet’s climate-related woes. Operators of airlines, asphalt factories, cement plants, auto dealerships and heavy machinery in New York or California are likewise off the hook for any climate change-related issues.

The idea is that many years from now, cities may face expenses imposed upon them because of global warming. So, the cities want to get ahead of those expenses and sue to fill bank accounts now.

But a U.S. district judge hearing one of these cases found that the ideas and claims put forward by the pro-global warming litigants weren’t quite what they seemed to be. As Mr. Forbes wrote:

While the energy industry presented logical facts, trial lawyers representing these liberal metropolises offered a tried-and-failed retread of legal claptrap. Importantly, the judge dismissed the notion of a conspiracy by energy companies to suppress global warming science. Referring to one of the documents he reviewed, the judge said, “I read that paragraph 67 the same way; that there was a conspiratorial document within the defendants about how they knew good and well that global warming was right around the corner. And I said: ‘Okay. That’s going to be a big thing. I want to see it.’ Well, it turned out it wasn’t quite that.”

This was not the first time a judge found that global warming supporters generally have a very weak case. The same thing happened in a recent case that appeared before the US. Supreme Court.

In 2011, six Midwest power companies faced the same legal nonsense. The cases were tossed by the U.S Supreme Court. Liberal Justice Ruth Bader Ginsburg wrote the majority opinion in the 8-to-0 decision which ruled that American corporations cannot be sued under local “nuisance” ordinances regarding greenhouse gas emissions as the climate change issue falls under the jurisdiction of Congress and the EPA, which, according to Ginsburg, are “better equipped to do the job than individual district judges issuing ad hoc, case-by-case decisions.” Ginsburg warned that turning the jurisdiction of climate change over to local courts would create a quagmire of dissenting legal opinions across the country and allow an individual district judge to become a “super EPA.”

Forbes excoriated these idiotic lawsuits and insisted that the nation needs to move toward supporting and protecting our energy sector. Indeed, the energy sector has actually helped sponsor conditions that globaloney supporters should love.

In 2005, after the nation’s shale drilling revolution began, C02 emissions began to fall. U.S. energy-related carbon emissions fell 14 percent below the 2005 level in 2016, according to the U.S. Energy Information Administration (EIA). It wasn’t due to renewable fuels that still represent less than 5 percent of our national energy grid. Our nation’s drop in C02 emissions came as our manufacturing and energy sectors began a decisive shift toward natural gas. The market’s move to relatively clean-burning natural gas has been so profound that even if Barack Obama had never decreed the Clean Power Plan, the United States would have already met the CPP’s carbon dioxide reduction target for 2025, according to a recent Carnegie Mellon University report.

Our U.S. oil and gas industry has invested $90 billion on emission control technologies between 2000 to 2014, according to a report by T2 and Associates. Just between 2013 and 2014 alone, the industry directly reduced emissions by the equivalent of 55.5 million metric tons of CO2 – equal to taking 11.8 million cars off of the road. Methane emissions from venting and flaring associated with onshore petroleum production declined 40 percent just between 2015 and 2016, according to a new EPA report. The five biggest energy companies — Exxon Mobil Corp., Royal Dutch Shell Plc, Chevron Corp., BP Plc and Total SA — collectively curbed combined emissions an average of 13 percent between 2010 and 2015, according to a report from Bloomberg New Energy Finance.

So, instead of launching one nuisance lawsuit after another, these cities should be celebrating and supporting our energy explorers and producers.