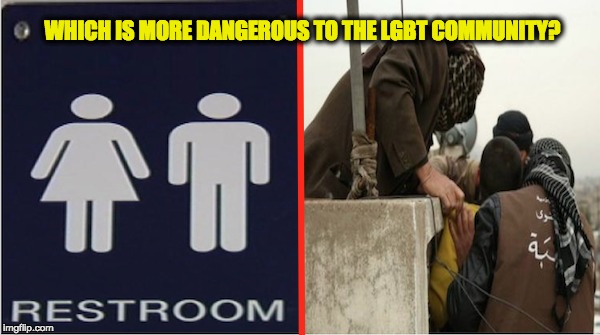 This concern about where people go to the bathroom comes from an Obama era decree, in which the former President mandated that all bathrooms in all of the nations’ public schools be accessible to everyone, regardless of their biological gender.  While this truly disturbing piece of political chicanery was putting our nation’s youth at serious risk of sexual assault because it allows anybody to self-identify as any gender–not just transgender people  but anyone. Obama’s edict became a bathroom war in states like North Carolina where the now defunct HB2 law mandated that public restrooms be occupied by only those people matching the gender assigned to the facility, using their birth-gender as the qualifier.

FYI–I self-identify as a young male sexy weightlifter with long hair and six-pack abs(which for some strange reason my wife of 30+ years thinks is hilarious).

Now, one major LGBT activist Christopher Barron is coming out against the so-called “bathroom war”, citing a much more incendiary threat that exists for the LGBT community– radical Islamic terrorism. Last week Barron wrote in The Hill: 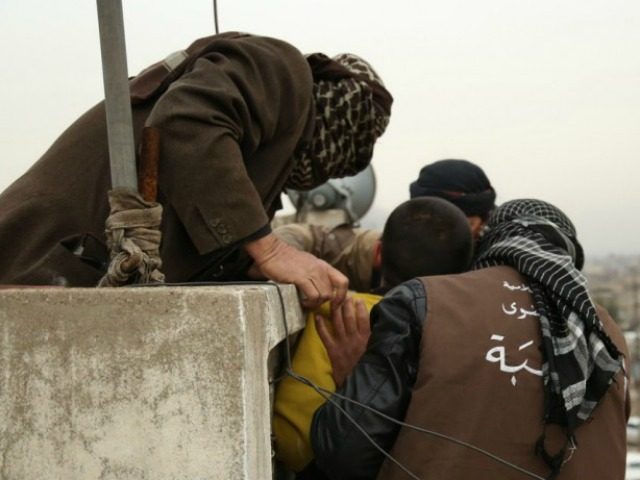 ISIS thugs are pictured as they throw a gay man (in yellow) off a roof in Mosul .

While the faux battle over bathrooms rages on, a real war on the lives of LGBT people is being waged by Islamic extremists who have pledged the global elimination of LGBT people. Just this week, ISIS released photos of extremists in the Iraqi city of Mosul throwing a gay man to his death from the top of a building in the city [see above].

Horrifically, the incident is not an isolated one.

Testifying before a United Nations meeting in August of 2015, Subhi Nahas, a 28-year Syrian refugee, said, “In the Islamic State, gays are being tracked and killed all the time…. At the executions, hundreds of townspeople, including children, cheered jubilantly as [if] at a wedding.

And that kind of violence, as we know all too well after the Orlando Pulse nightclub shooting, is not simply happening in territory controlled by ISIS.

Radical Islam is a very real threat, not only to the world at large, but to women and the LGBT community specifically.  The Koran, and radical Islam’s extremely particular interpretation of it, are not kind at all to anyone who is not a straight, devout male.  Barron’s comments come as we are hearing continued reports of women being targeted and threatened by the spread of radical Islam in European nations because of the lack of vetting of the rapidly expanding Syrian refugee population. 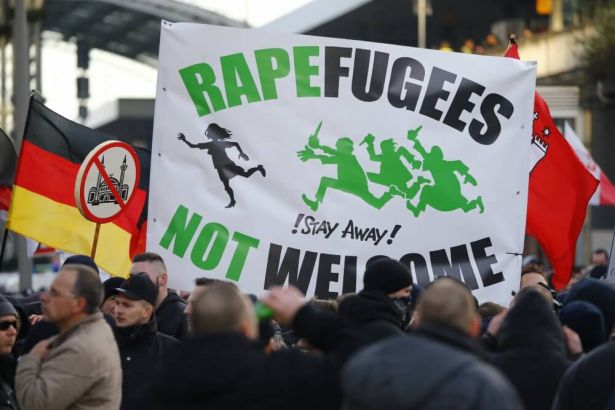 The question of who uses which bathrooms not a federal issue it is a state/local issue. And any state or local authority which makes a decision regarding transgender people using the bathroom based on the gender of their birth is not being bigoted against transgender people but making the decision based on their best judgement regarding what is best for all people. And yes, if anyone could self-identify as any gender and use any bathroom, there is no check on fake transgender claimants, people who say the self-identify as opposite sex in order to take advantage of youngsters and others who cannot defend themselves.

Political back-lash aside, the one mistake that North Carolina made is that they should have made exceptions for people who have undergone the gender replacement surgery. Once someone undergoes that surgery they should be considered their new gender.

Is Mr. Barron is correct? Is the threat of being murdered by an intolerant radical Islamist, much worse than the threat of using a bathroom not of your choice by a fairly tolerant local American community? Watch the video below, and underneath the video please give your opinion via the embedded poll.

What Is More Dangerous To the LGBT Community? in The Lid Blog’s Hangs on LockerDome
Facebook Twitter Flipboard