Why Does The Left Ignore Muslim Terrorism? 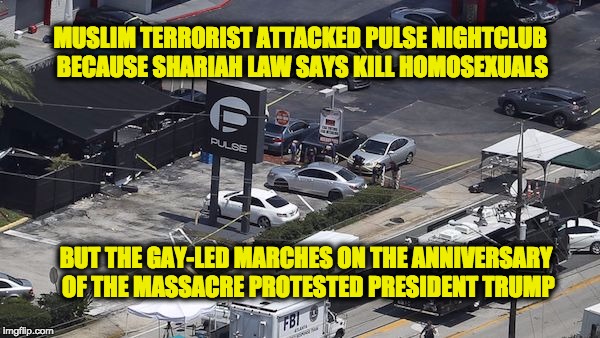 The news out of the Middle East continues to get more and more horrific. Now there is a report out of Iraq that ISIS burned 19 Yazidi girls to death in cages before a crowd of hundreds in Mosul. Joe Klein, writing in Frontpage Magazine, outlines why this horrific act has a foundation in Islamic teaching.

Let me state for the record that most Muslim men are not interested in murdering women for refusing sex. My point is that for years, the feminist lobby in America has been ignoring Muslim outrages against women. Instead, they choose to align themselves with people like Linda Sarsour, a Muslim activist with a history of inflammatory comments. For example, in 2011 Sarsour criticized both Brigitte Gabriel — a conservative journalist and founder of the non-profit ACT for America, which lobbies the U.S. government to “combat radical Islam” — with Ayaan Hirsi Ali, a feminist author of books critical of Islam who was subjected to genital female mutilation as a child and later sought political asylum to avoid an arranged marriage with this tweet:

Similarly, the gay lobby has shown its own hypocrisy with their Sunday “Equality” rallies around the country to commemorate the Orlando massacre at the Pulse nightclub last year. Incredibly, the fact that the murders were carried out by a Muslim terrorist, probably trying to enforce sharia law’s death penalty for homosexuals, was ignored. Not much if anything was said about Islamic extremism. Instead, the only recriminations were against President Trump and Vice President Pence. The demonstrators are outraged that the Trump Justice Department is not fully engaged in forcing states and other locales to spend millions of dollars to create gender-neutral rest rooms. They don’t like Pence because he opposed gay marriage. Lost in the shuffle was the fact that the Orlando killer, Omar Mateen, was a Muslim terrorist who had affirmed his loyalty to ISIS.

Coincidentally, the day before (Saturday), ACT4America organized anti-sharia rallies in over 20 cities across the country. I attended the one in San Bernardino, where we marched to the site of the 2015 terrorist attack by two Muslim terrorists who killed 14 people, and we held a moment of silence. And guess what? We have been condemned nationally for being hate mongers. It was we who spoke out against the treatment of women, gays, non-Muslims and others under sharia law. We are getting no support from the feminists or the organized gay lobbies.

Why is this? At the bottom of it all is political correctness. The alliance between the Islamists and the left has been forged. Feminists and gay activists would rather embrace Muslim activists as “fellow victims” than call them out for the treatment of women and gays in Muslim-majority countries.

It is all so surreal.