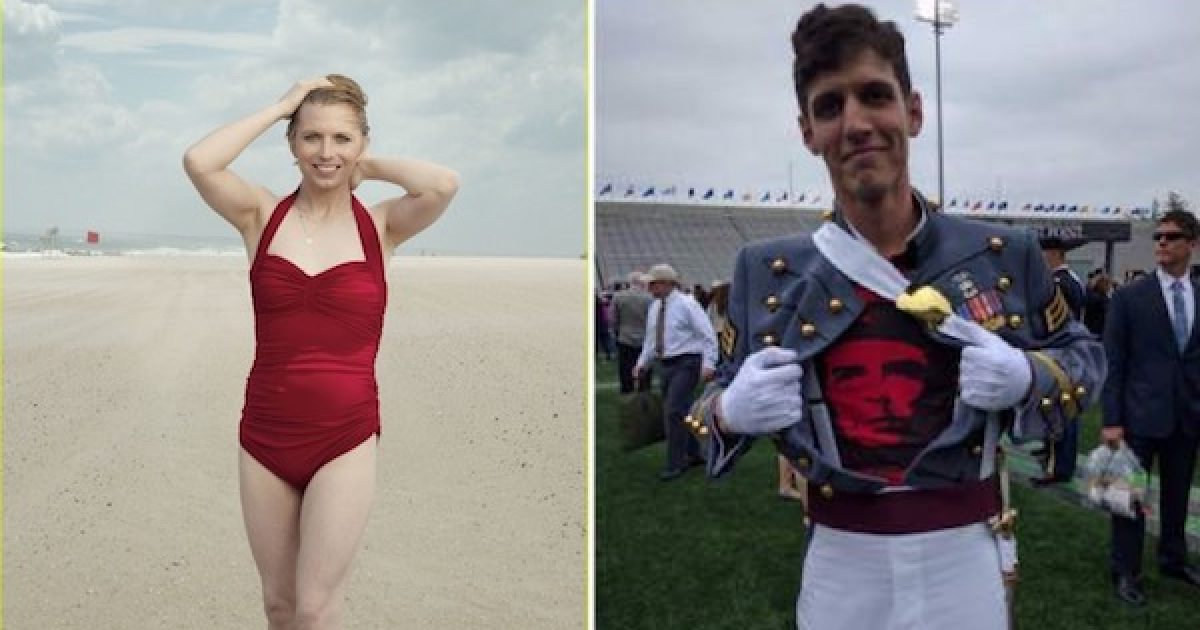 According to his Redditt posts. Army 2nd Lt. Spenser Rapone, the West Point graduate who said that “Communism will win, and displayed himself wearing a tea shirt honoring mass-murderer Che Gueverra while sending a message of support to Colin Kaepernick, was inspired to infiltrate the military by Chelsea Manning, the Army private (and former male) who was sentenced to 35-years in prison for leaking classified documents but had his sentence commuted by Barack Obama just before he left office.

In a Reddit post regarding Manning, Rapone spelled out some of his motivations for remaining in the military and exactly what he wanted to accomplish while serving as a second lieutenant in the 2nd Brigade Combat Team, 10th Mountain Division. Those motivations included Manning’s decision to leak national security documents to WikiLeaks.

Notably, Manning was also part of the 10th Mountain Division.

“I’m currently an infantry officer at Ft. Drum, NY assigned to the same brigade that she was while enlisted,” Rapone wrote in a post. “Every single day I think of the contradictions of being a communist while in this organization, and her courage and tenacity gives me strength to continue the long march through the institutions.”

[Note: If Spencer Rapone is so enthralled with the traitor Chelsea Manning, perhaps he can have the same surgery Manning had (without anesthesia)]

Per Bennet,  the “long march” comment “refers to a strategy of institutional infiltration and subversion coined by student activist Rudi Dutschke but originally developed by Antonio Gramsci, a Marxist thinker whose thought developed in the wake of the failure of economic determinism to bring about a revolution.”

One Reddit user reportedly warned Rapone not to be so public about where he is stationed.

“I know comrade, but I feel like we should not hide any longer,” Rapone said in response.

Bennett further said Rapone’s commitment to Communism is clear from his Reddit and Twitter posts, and he also discussed “developing a new manual on guerrilla warfare, presumably for use in the U.S. Bennett reports:

“I read Che’s Guerrilla Warfare (★★★★) a month or two back,” Rapone said early this year. “An essential text, although, as Che would say, specific to a certain historical context. I’d suggest Marighella’s Minimanual of the Urban Guerrilla (★★★★) after finishing Che’s work. I myself need to read Mao’s On Guerrilla Warfare here soon enough. But, I suppose, more than anything else, the task at hand for all of us is to produce our own text on guerrilla warfare, in the days ahead, yes?”

Rapone seems to be encouraging the violent overthrow of the American form of government, which according to Article 94 of the Uniform Code of Military Justice (UCMJ)  is an act of mutiny.

a) Any person subject to this chapter who–

(1) with intent to usurp or override lawful military authority, refuses, in concert with any other person, to obey orders or otherwise do his duty or creates any violence or disturbance is guilty of mutiny;

(2) with intent to cause the overthrow or destruction of lawful civil authority, creates, in concert with any other person, revolt, violence, or disturbance against that authority is guilty of sedition;

(b) A person who is found guilty of attempted mutiny, mutiny, sedition, or failure to suppress or report a mutiny or sedition shall be punished by death or such other punishment as a court- martial may direct. 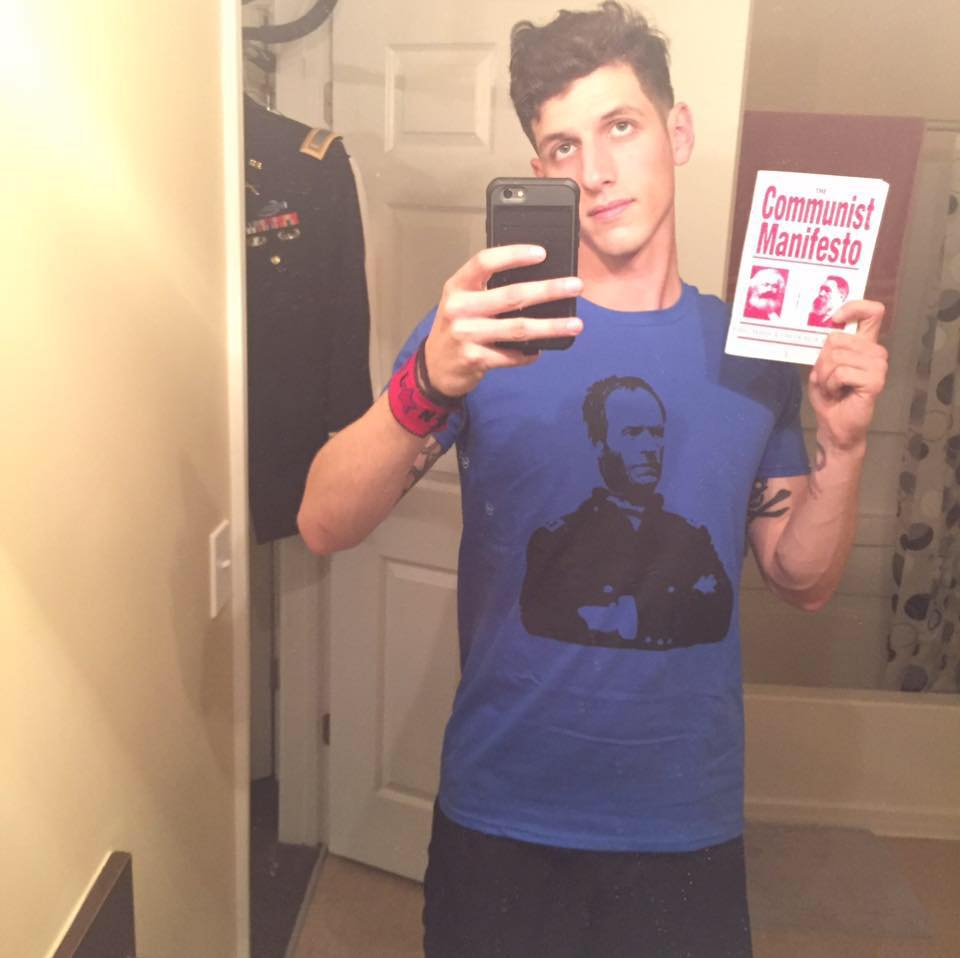 medieval, cold-blooded killer” on  Twitter   and advocated political violence against the right, referring to President Trump as a fascist (note the asterisks are mine Rapone spelled out the word on Twitter) .

Now you might say he was exercising his freedom of speech, but members of the military are subject to the Uniform Code of Military Justice(UCMJ) and chapter 88 of the code says:

Which makes sense because without respect for the chain of command a military cannot be successful.

While most American’s are encouraged to get involved in the political process, members of the military are forbidden. Per the West Point statement about Rapone:

“As figures of public trust, members of the military must exhibit exemplary conduct, and are prohibited from engaging in certain expressions of political speech in uniform. Second Lieutenant Rapone’s chain of command is aware of his actions and is looking into the matter. The academy is prepared to assist the officer’s chain of command as required,

And understand, not only did Spencer Rapone violate the UCMJ, but he was doing it in a bold way. Or to use his language, he was giving a giant F**k You to his chain of command and deserves to be court-martialed.

On Wednesday, Joe Newby and I discussed this case on the Lid Radio Show, you can hear the podcast of the interview at Lidsvids by clicking here.

Parts of this post was originally found at Conservative Firing Line