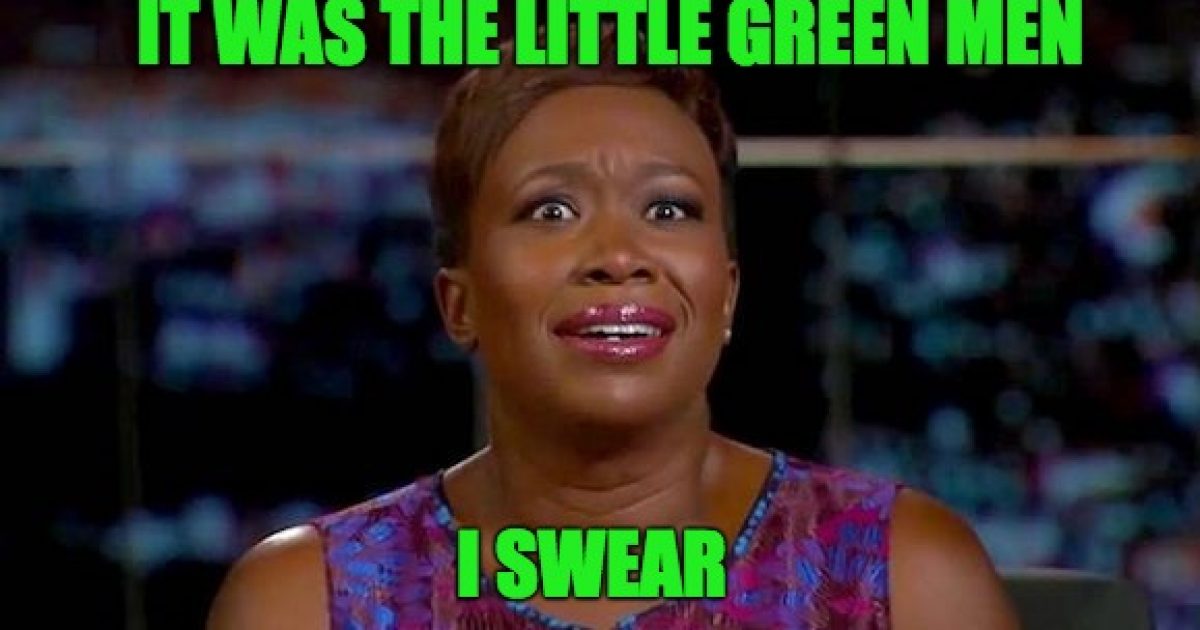 The Daily Beast announced today that they are suspending Joy Reid’s column because of the homophobic comments wrote on her website a dozen years ago. Perhaps that means they don’t believe her claim that her site was hacked. If they do believe her they’re in the minority.

Cable host Joy Reid has been trying to save her career by claiming that a blog she wrote in 2006 was “hacked” and that she is not responsible for a series of homophobic posts found there. But now her story seems to be collapsing down around her ears.

In the last few weeks, some Internet sleuths started combing through a website owned and operated back in the early 2000s by MSNBC leftist Joy Reid. The site was Reid’s sounding board back before she became a TV personality. So, it was from a time before she was a national personality, long before anyone would care about her or her opinions.

On Reid’s decades-old site, the Internet detectives found a bunch of anti-gay posts. This is quite a problem for a leftist proclaiming herself to be an advocate for purportedly aggrieved minorities. So, after the news broke, Reid claimed that her site was “hacked” and said she never made the anti-gay posts.

Reid said she never posted these homophobic slurs and that someone went back into posts that are over a decade old and tried to make her look bad. She then had some “expert” attest that he looked at the posts and found that the time stamps and formatting didn’t fit with Reid’s other posts. This “expert” insisted that Reid was telling the truth about being hacked. The “expert” also insisted that this mythic “hacking” happened only recently.

But now, according to Breitbart’s John Nolte, these claims of a hacking are falling apart:

Although the far-left CNN buried its big news under 15 paragraphs of excuse-making for the latest anti-gay scribblings that surfaced on MSNBC anchor Joy Reid’s old blog, what more does anyone need to know than the following: “The Library of Congress … contains the disputed posts and lists them as having been archived on January 12, 2006.”

But-but-but I was told the Wayback machine was hacked in an attempt to frame Anti-Trump Resistance Leader Joy Reid as a homophobe?

But-but-but I was told the screencaps had been altered as a means to frame Anti-Trump Resistance Leader Joy Reid as a homophobe?

Well, now we know (and CNN’s attempt to bury the news is the best proof it is true) that the posts in question from Joy Reid’s now-shuttered blog, The Reid Report, were archived all the way back in January of 2006. Which is another way of saying that Reid’s claim she was hacked makes absolutely no sense.

Why in the world would anyone want to frame Joy Reid as a homophobe in 2006?

That last one is a good question. Back in 2006, Joy Reid was not a TV personality. Back then there would have been no reason for someone to go to all the trouble to hack her unknown blog.

In 2006 no one at all cared about any Joy Reid. So, why should we believe that her blog was hacked back then?

Next, we should try to ascertain whether or not she would have posted such a thing back then if she wasn’t hacked. As it turns out, it seems that she would, indeed, have taken to the pages of her blog to use homophobic slurs as a weapon against people she didn’t like.

We know this because, as Nolte pointed out, Reid has already admitted to posting homophobic taunts. She did so about former Florida Governor Charlie Crist. She not only admitted to this but apologized for it only a few months ago.

With that apology in hand, we now know that Reid was not above using homophobic slurs against people she didn’t like during that time period.

So, maybe these so-called hackers perpetrated their attack recently to embarrass Reid?

But, why should we believe that some unnamed “hacker” quietly snuck into Reid’s posts from way back in 2006 to add anti-gay posts and then sneak off waiting for someone to find it? Why wait 12 years to do this? On the other hand, why go back 12 years to insert the slurs? If they wanted to do it now, why not hit some of her recent posts?

Something else that makes no sense is that Reid now says she learned of the hack in December. Huh? Her homophobic attacks on Crist were discovered on November 30. Reid apologized on December 3. Why did she keep this hack a secret? Why didn’t she disclose the hack at the time?

You want to know what does make sense? Reid’s motivation to lie.

All things considered, it now appears more likely that Reid is simply lying about this mythical hacking.

Reid has also so far refused to tell us which posts she believes were hacked and when exactly she believes the hack occurred.

Worse still, Glenn Greenwald found some Reid tweets promoting the anti-gay angle in the very posts she now wants us to believe were hacked. Was joy Reid’s Twitter account hacked?

Reid has already realized some fallout for her homophobic slurs. A homosexual advocacy group has canceled the award it was going to give her.

Liz Owen, director of communications for PFLAG National, said that Reid was invited to receive an honor at the group’s 45th-anniversary gala. But because of the controversy and their inability to know for sure what happened with the blog posts, the group erred on the side of caution and disinvited her.

As this story continues to grow, more consequences may be ahead for the shrill, left-wing cable host. But it seems for sure that she has been lying about this purported hack.

Tucker Carlson put it more directly. He said one has to be a moron to believe her childish. Watch the clip below: