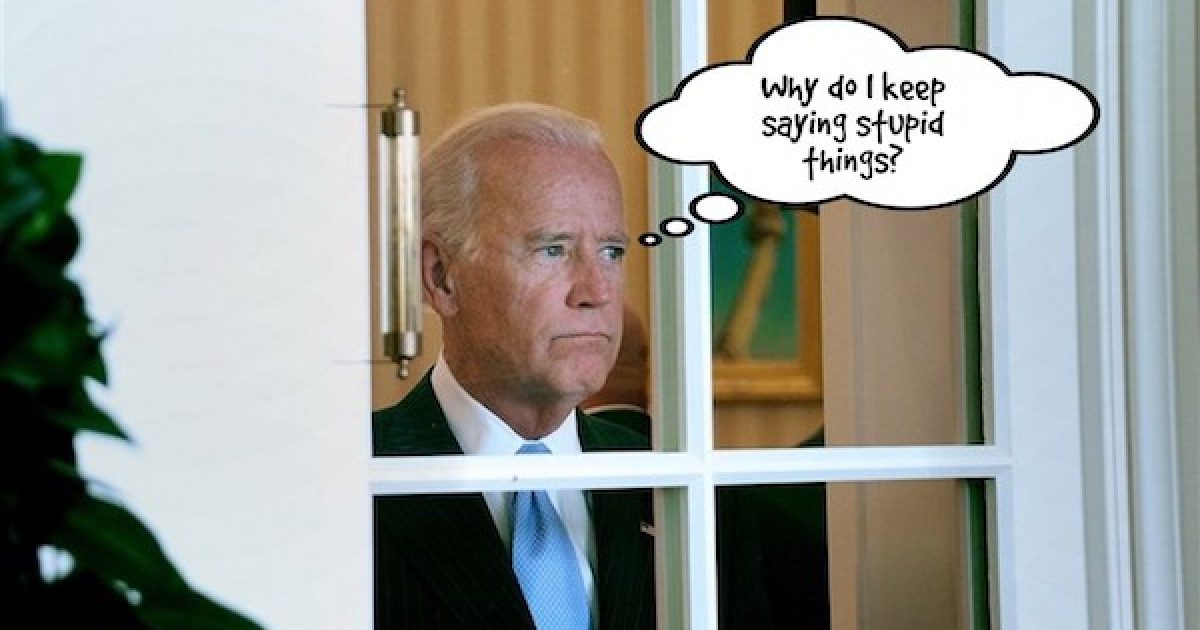 The gaffe-meister is back! Joe Biden added to his long history of saying stupid things at the wrong time. This time he wasn’t whispering to Barack Obama that this is a “big f**king deal!” Nope, on Friday morning Joe Biden, the Schmo of the United States (SCHMOTUS) told Chris Cuomo on CNN that Russian interference in elections wouldn’t have happened on his watch.

It’s not that Joe Biden is consciously lying, it’s that he’s an idiot. The SCHMOTUS is a gaffe machine who has a bad habit of saying things that give right-wing-bloggers good material such as:

Since the 2020 campaign began, many reporters have complained that Joe Biden is being shielded from the press. There are many more gaffes where those came from. Judging by the history of verbal blunders made by the SCHMOTUS, it’s easy to understand why they want to keep him from the press.

Watch the video of his CNN gaffe below: