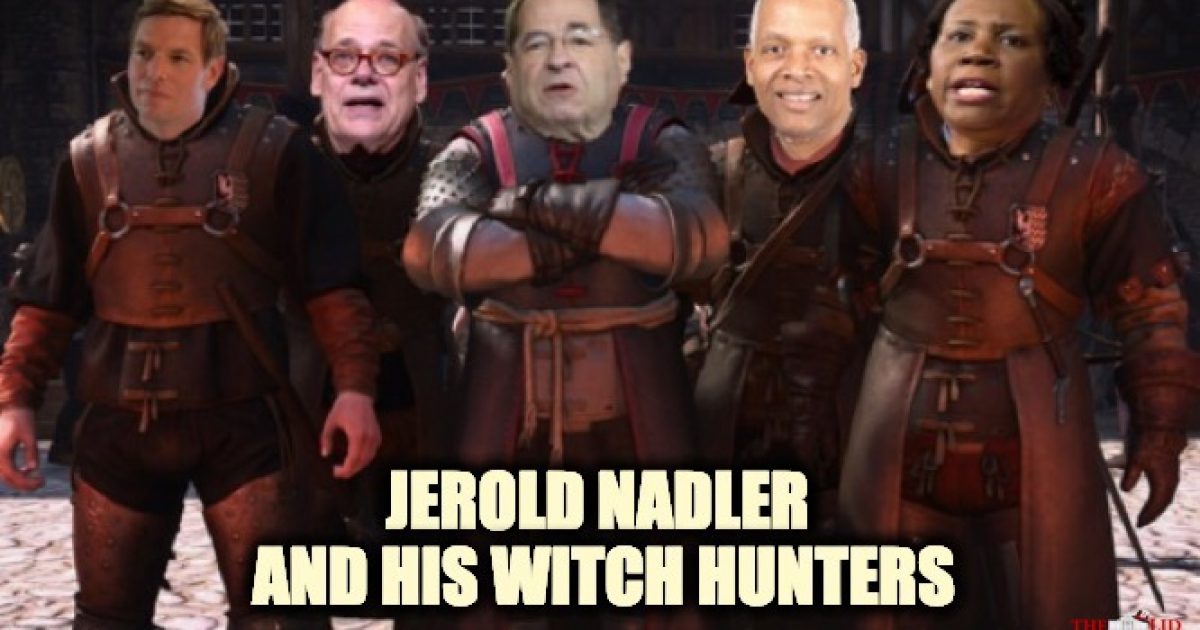 Michael Caputo, a former Trump advisor, has been added to a list of Trump officials of whom Jerry Nadler’s witch hunters are demanding testimony and documents. But Caputo is now saying he will not comply and he is urging everyone else the Democrats are trying to bring into their anti-Trump circus to join him in resisting.

Caputo is a GOP strategist and the managing director of the public relations firm ZeppCom and worked on Donald Trump’s 2016 election campaign. He has also been a Fox News analyst. Now he has become a target of the Russia-obsessed Democrats in the House of Representatives.

This week the former Trump advisor was contacted by a reporter asking him for comment about his inclusion on a list of 81 Trump associates that House Judiciary Committee Chairman Jerrold Nadler (D-NY) is targeting for “investigations” that are little else but harassment of the president that the House is gearing up to launch.

Caputo was shocked to be told by a reporter that his name is on this harassment list because the House committee had not sent him or his lawyer a letter informing them of the committee’s demands.

“I didn’t receive the letter from the newly installed Democratic leader of the most powerful committee in the House of Representatives,” Caputo said in an op-ed published by Fox News. I got it from a reporter. My attorney also didn’t get the letter from Nadler – I had to send him the letter the reporter gave me.”

“This inauspicious beginning signaled the start of yet another bogus Russia investigation, this time by the new Democratic majority in the House,” Caputo added.

Caputo slammed the circus atmosphere the Democrats are sponsoring.

“After directing broadcast media coverage for seven House committees, I know the signs of a sideshow – and delivering demand letters to reporters before they go to the person being asked to produce documents is one of the chief signs.”

Caputo then slapped Congress for its constant game of “investigating” things that have no relevance or proof and notes that for three years Democrats have claimed that Trump “colluded” with Russia even though not one shred of proof of the accusation has yet come to light despite the millions spent to find it.

He goes on to slam these corrupt investigators, especially the Mueller team:

I’ve grown weary of the complicit media claiming there’s no such thing as a perjury trap. I’ve walked into one myself with the Mueller team – and walked out thanks to my expert attorney.

The term “perjury trap” means interviewing someone for no underlying crime and no other purpose except with the hope that the person forgets something, or another witness remembers things differently. Either way, somebody gets charged with perjury.

In this case, investigators will threaten a hapless witness with a perjury prosecution to get the person to say whatever is necessary to ensnare President Trump. With 10 hours of testimony on the record, some almost two years ago, I’m not willing to play that game.

Then Caputo said he is done and will no longer comply with demands from Congress and he wants the others to join him.

After enduring six-figure legal costs that I was only able to pay with GoFundMe donations from 8,500 people – no big donor aid, no campaign help, no Patriot Fund assistance – I am reticent to stand alone in defiance of the committee and rack up far more legal bills. But I might, if others among the 81 join me.

This charade has gone on long enough. Somebody has to be the first to take a stand. For the sake of my family – for 81 families – it might as well be me.

I agree. It’s time we put an end to these fake “investigations.”