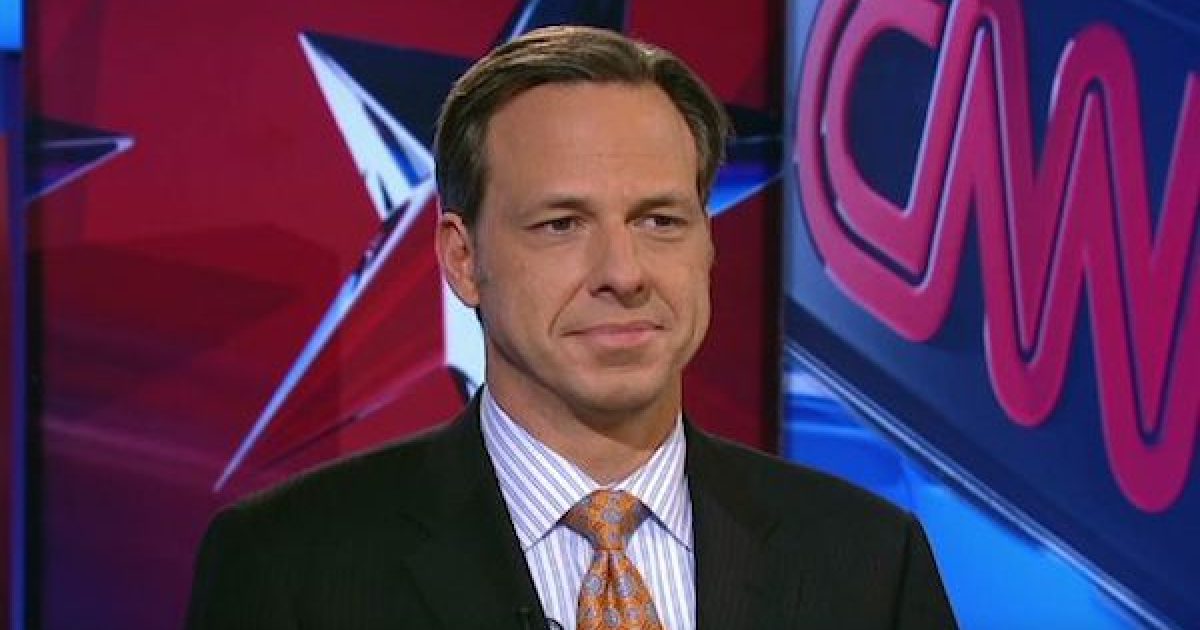 Regular readers of The Lid know that while I sometimes disagree with him,  I am a fan of CNN’s Jake Tapper, IMHO he is the only one at CNN who tries to play it down the middle. In a recent interview with Rolling Stone, Jake Tapper admitted what most Republicans already knew – the media had allowed Obama to lie with impunity because they were more supportive of his administration.

If you can remember back to the Obama era, Tapper was a thorn in the side of the administration and conservatives lauded him as the one voice at CNN sometimes willing to hold the Obama team’s feet to the fire.

Now that the Obama era is over, Tapper has set his sights on the new seat of power and the Trump administration. This switch has many Trump supporters upset and lumping (unfairly) Tapper in with the rest of the partisan hacks at CNN.

In his conversation, Tapper readily admits that the media has been unfair with Trump and that the media allowed Obama to get away with more lies because the media was more “supportive” of him.

From the Rolling Stone:

Rolling Stone: What has covering President Trump taught you about yourself?

Jake Tapper: It’s forced me to come up with an ethos of covering politicians that I think I had been using before but had never voiced – which is that journalists have to take stands on behalf of facts, truth and basic human decency. I’m happy to cover him on policy debates as I would any other politician, but when he crosses the line and says things that aren’t true, it’s incumbent on journalists to point that out. We can’t normalize behavior that is unacceptable, like making fun of disabled people.

Rolling Stone: Do you worry we’ve reached a point in history where most people aren’t interested in facts? They’d rather just hear something that confirms their own worldview?

Jake Tapper: I think that’s a trend in journalism that is bothersome. I don’t think its most. But I do think there is a sort of confirmation bias that some media outlets feed and it does trouble me because I try not to do that. Look, there’s always going to be a place for idealogical and even partisan journalism. That’s been true as long as this nation has been around and I think that’s great, but I think its great as a supplement to more straight news. Look, I was the kid that would go into the library and read The Nation and The American Prospect and more left-leaning magazines, Rolling Stone a lot of time, and then I would go read The National Review and more conservative publications since I wanted to know what everyone was thinking.

Rolling Stone: Do you worry that fewer and fewer people are doing that?

Jake Tapper: I don’t know. It’s hard to assess since there’s so many media outlets and its tough to say that Rachel Maddow’s ratings one night or Sean Hannity’s ratings reflect nothing more than certainly a very sizable audience, but certainly not a majority of the American people. So I don’t know. I think the smartest opinions are the ones that are formed after hearing facts and after hearing a good fact-based debate and that will make the nation better, not just people living in their own bubble and being on their self self-feeding feedback loop.

Rolling Stone: There’s a perception you’ve become more radical given your decision to call out Trump’s falsehoods, but maybe it’s just that people are simply more aware of it now.

Jake Tapper: A lot of people on the left didn’t like it before, and now they like it. I don’t want to compare President Obama and President Trump on these issues because they’re different and the scale isn’t even remotely the same. But President Obama said things that weren’t true and got away with it more for a variety of reasons, and one is the media was much more supportive of him. The Obama White House thought I was self-righteous and a huge pain in the ass.

I look at Tapper the same way I look at Chris Wallace of FNC, each is a huge pain in the ass to both sides, and to be honest, that all one can ask a fair reporter.