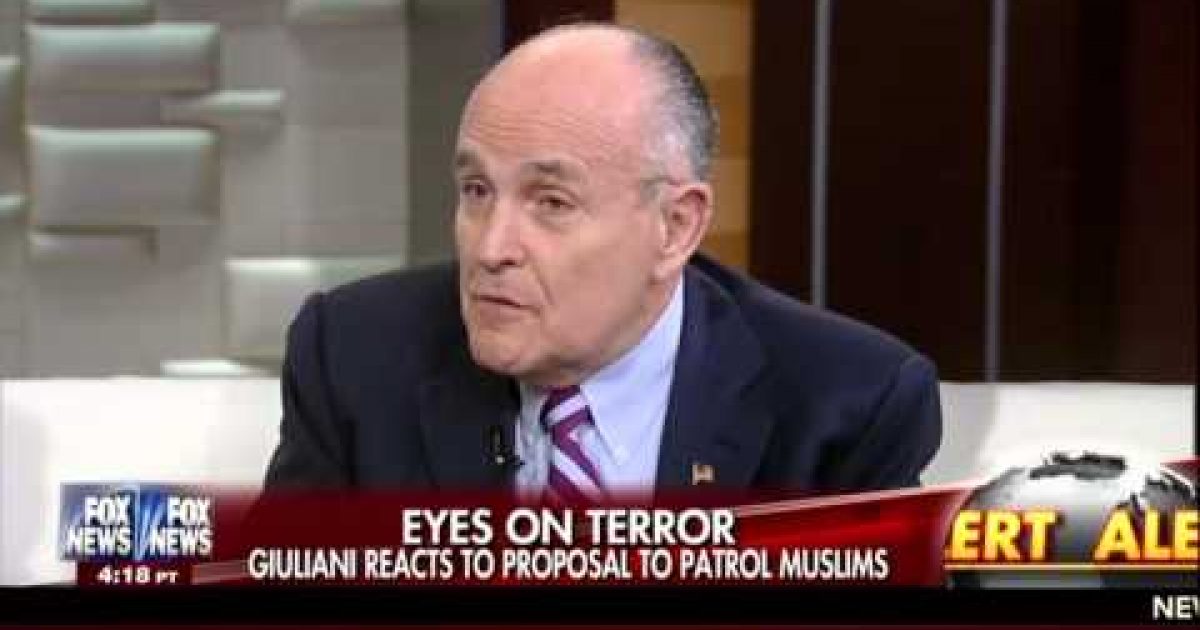 The Democrats and the mainstream media (I repeated myself) have been all over Ted Cruz because he said,” We need to empower law enforcement to patrol and secure Muslim neighborhoods before they become radicalized.” Apparently (they say), that statement is un-American and ignores three centuries of American history. Allow me to suggest that protecting U.S. citizens from terrorist attacks is a very American thing to do. Indeed, I would go further than Ted Cruz, my suggestion is that we  send law enforcement/intelligence agencies to monitor mosques, not all mosques but certainly the ones in areas that may have radicalized Imams.

Now before people start calling me an “Islamaphobe,” through their computer screens, NO,  I do not believe all American Muslims are terrorists, nor do I believe that all Imams are preaching radical Islamism from their pulpits every Friday. I do know however believe that some American Muslims are terrorists, and some Imams preach radical Islamism from their pulpits every Friday. Even if  99+% of American Muslims have never uttered an anti-American or given a violent sermon we cannot afford as a nation to miss that >1%.

We are in a war against radical/political Islam and the biggest domestic terrorist threats to America today come from the Muslim community and if we could save one life by preventing one terrorist attack a monitoring program is well worth it.

Former NYC Mayor Rudy Giuliani was on Fox and Friends Thursday and spoke about the program to monitor mosques that was recently ended by the present mayor (video below):

Well, sure, I started that policy in 1994. Because the bombing of — in 1993 of the world trade center was planned in a mosque in new Jersey. (…) If you worked your way in and got into a couple of the private meetings you pick up plenty of information. That’s for example for how the blind sheik was prosecuted and put in jail for a hundred years. That’s how they thwarted the plan in the 1990s to blow up the Brooklyn bridge.

Why do you think my police commissioner at the time first thing he did on September 11th was close down the bridges and tunnels to New Jersey. You know why he did that? (…) Because of the information we were getting from the mosques in New Jersey. He was afraid that that was going to unleash a group of cells in New Jersey, coming into New York and do a bunch of small bombings. (…) The whole evidence case against the sheik — the blind sheik had a lot to do with the surveilling of the mosques. Tried in federal court. I forget how much was prosecuted in the case, but four five… I can think of three more incidents when I was mayor.  I talked to Ray Kelly yesterday. Two incidents during the time he was police commissioner

Even France the bastion of liberalism has a program in place where they monitor all of the all 1,700 mosques and Muslim places of worship for terrorism and anti-Semitism. Until recently the were instrumental in stopping attacks. And BTW the recent attacks in France didn’t slip by those Mosque monitors, they were planned and hatched in Belgium.

The section of the RG called Milieux Intégristes Violents (Violent Fundamentalist Environment) is in charge of monitoring all 1,700 mosques and Muslim places of worship throughout France. Through their monitoring, they have identified radical mosques in almost every corner of French territory, with the exception of four, predominantly rural, régions (Corse, Poitou-Charentes, Basse-Normandie and Limousin). Every Friday, sermons are collected through unidentified means, and they are centralized and analyzed. The RG use their analysis to determine which imams are preaching a radical Salafi brand of Islam, or if they are assisting terrorist activities by helping recruitment or granting material support to an operational network.

This is not a suggestion to close mosques or disrupt the services in anyway, just to send in an undercover observer to gather intelligence.

When Congressman Peter King made the suggestion to monitor mosques a few years back, there were screams of profiling, invading privacy, separation of church and state, and while I never saw them there might have even been screams that the government was trying to “fix” bingo.

Enough already!!!! Sorry CAIR, we are fighting a war against Islamic Terrorists–and groups like CAIR that would fund them. All Muslims are not terrorists, but almost all terrorist attacks in the world have been conducted by people who face Mecca 5x a day and pray. The minute we have two or three gray-haired old ladies fly planes into a building then we can infiltrate those buses that give seniors $25 in quarters and take the to Atlantic City.

If it makes people feel better. We can infiltrate all houses of worship. It would be nice for America’s Spies to find a little religion. They can even come to my synagogue and hear for the the same “today I am a man” speech given by a Bar Mitzvah boy 52 times a year. Let them sleep through the Synagogue President’s Kol Nidre donation appeal. I will warn them though; at congregational meetings they will hear threats of violence but it is just words. In fact, they can even join is us for a little L’Chaim shot of whiskey at the oneg after services. My Shul is open to anyone…. would American Mosques make the same claim?

The Rudy Giuliani interview is below: