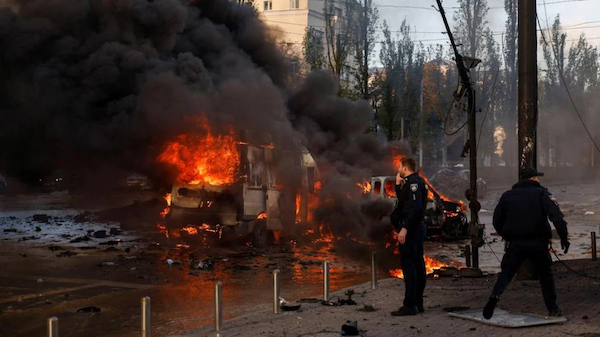 We were told that Russia would be victorious in 48 hours at the start of the invasion of Ukraine. That prediction was very wrong. On Columbus Day, 2022, the war entered its 229th day. The Russian military, thought to be invincible, is getting pushed around.

So far, 62,500 Russian soldiers have been killed, motivating Putin to change his strategy. The ground fight is no longer the top priority. Instead, he’s directed the Russian Air Force to target the energy industry and civilian areas in Kyiv and other Ukrainian cities. The purpose of the new strategy is to weaken Ukraine’s best weapon, the resolve of its population. 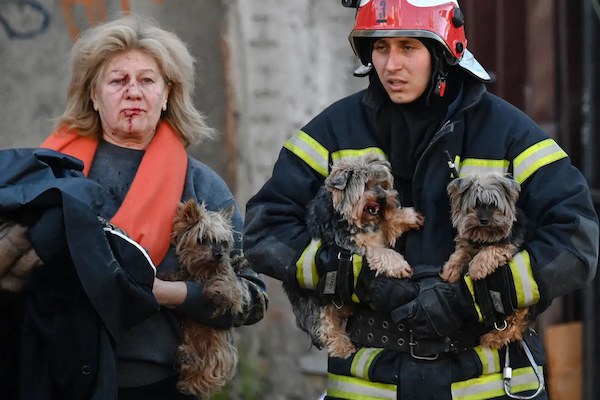 And Your Little Dogs Too

Per the WSJ, this attack was “one of the broadest and most intense barrages of the war.”

Ukraine’s army chief said Russia launched 75 missiles, mostly from drones, and that 41 of them were shot down by Ukrainian air defenses. Critical infrastructure, mostly energy supply, were hit in eight regions and Kyiv, where more than 30 fires broke out, the State Emergency Service reported.

Russia’s horrendous attacks against Kyiv and other cities across #Ukraine show the desperation of the Kremlin.

These indiscriminate attacks on civilians are war crimes.

Putin claims that the bombings were a response to Ukraine’s destruction of a critical bridge that linked  Crimea with Russia, a key avenue for Russian Army supply lines. He promised further bloodshed that would be “tough and proportionate to the level of threats.” The big difference between the two is the bridge was a military target, Putin attacked civilian targets.

For those who believe Putin’s claim, the civilian bombings were a response to Ukraine’s destruction of a Russian bridge. I have a different bridge to sell them— it’s in Brooklyn. 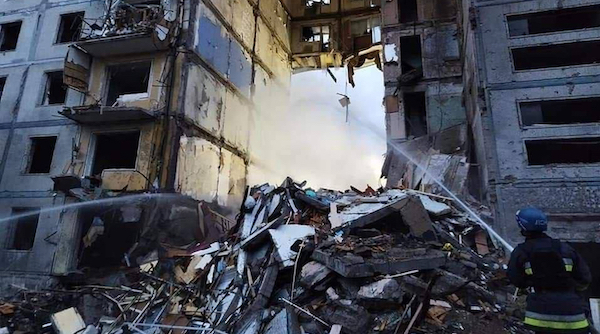 Russia’s bombing of Ukraine’s civilian areas and energy infrastructure was made to protect Putin. The Russian military losses and other Russian failures have created cracks in Putin’s power base. The military,  oligarchs, and the Kremlin bureaucracy cannot be happy with Putin.

Backed into a corner, Putin must take radical steps. In my opinion, the Russian military will not allow Putin to follow through on his nuclear threats because they know it will result in many Russian deaths and chaos. Militaries abhor chaos, and Russian fighters have warned Putin about using nuclear weapons.

This latest Putin strategy better work. If it doesn’t, Vladimir will find himself out of office.