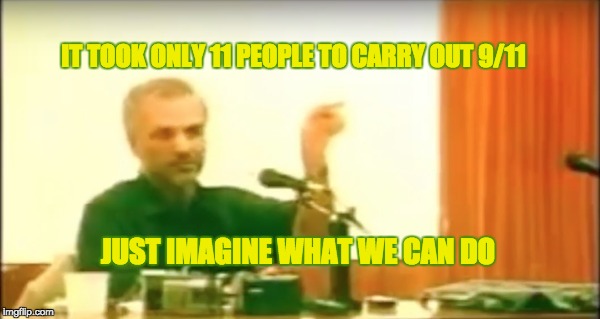 We have Iranian activist Banafhseh Zand to thank for once again revealing to us the danger that we face from the Muslim world.

In a recent post to his Twitter feed, Zand exposes the threat that Iran (one of the nation’s on Trump’s travel “ban” order) poses to the United States.

The threat is voiced by Hassan Abbassi, who happens to be an officer in the Islamic Revolutionary Guard of Iran and heads up a think-tank that provides counsel for the Iranian government’s leadership. He is an important supporter of former President Mahmoud Ahmadinejad, and he is a trusted advisor to the Supreme Leader the Ayatollah Khamenei.

I say all of this so that you understand that when Abbassi speaks of foreign policy issues, particularly ones that pertain to the USA, we should be paying attention. The man has a lot of influence in Iranian politics.

Recently, Banafhseh Zand happened to get a hold of a video that showed Abbassi explaining that Iran had many loyal supporters in the United States who were ready, willing, and waiting to attack.

We have 2 million Iranians there (in the USA) be certain that I will raise a guerilla army from amongst them against you, you know this well.

Look how vulnerable you were on 9/11 when 4 Arabs from Saudi who don’t know how to fight managed to endanger your foundations. Yet with us, you face a nation even stronger. Don’t forget, we have 7,000 PhD holders in the U.S. If only 11 people created 9/11, do you realize what we can do?

We don’t need nuclear weapons, you have 6000 nuclear warheads those warheads are our target for our guerillas to destroy. Not even an Iranian guerilla movement but we have people from ALL Islamic countries…

We will guide anyone who has problems with the U.S. We have identified the U.S.’s Achilles heel…”

The threat is real, folks, and it’s time we demand our government and our media take the threat seriously. Liberals must be forced to stop playing politics with our lives and get proactive about our national defense.