Are You Smarter About The Iran Deal Than TV News Talking Heads? 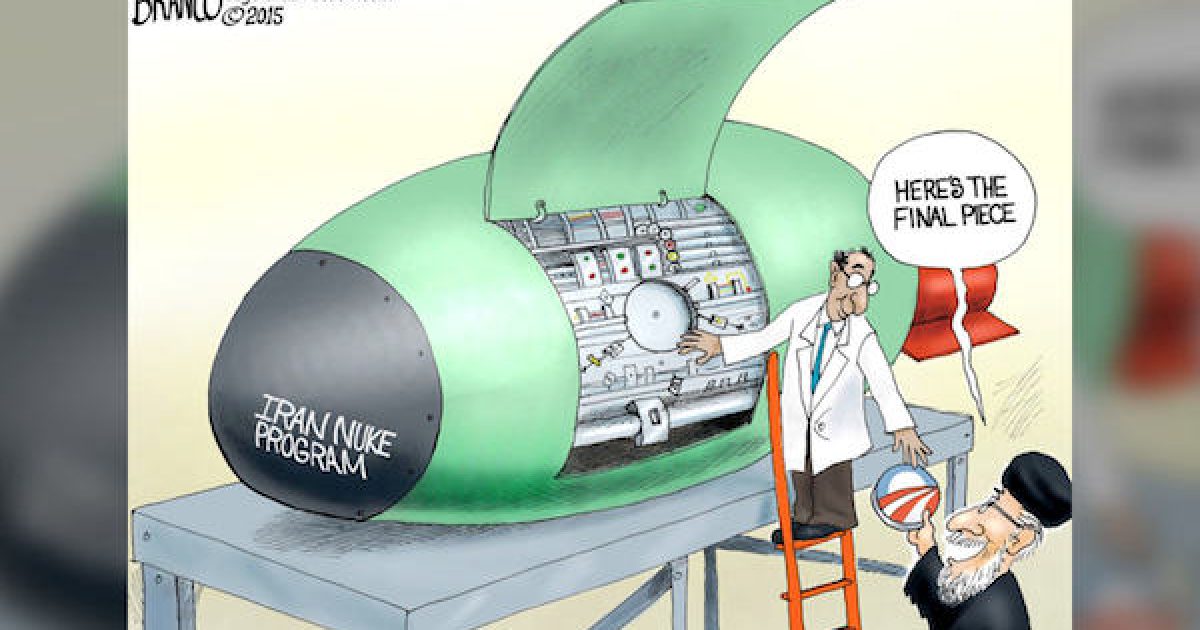 Most of the talking heads in the media know very little about the JCPOA. In aggregate the three posts below will correct the errors and political spin about the Iran deal news media talking heads have broadcast as truth. The first two posts teased below were written in anticipation of the President’s May 12th decision whether or not to keep America in the JCPOA. The third explains why  Netanyahu’s speech about the pilfered Iranian documents was a big deal, and the real reason he chose Monday to announce the revelation.

If you want to really understand how Obama lied to America about the JCPOA, how Iran broke the agreement, and what Netanyahu was talking about when unveiled the documents were taken from Iran, read the posts below, and you will know more than the news channel talking heads about the JCPOA:

1)  Why Trump MUST Pull Out Of The Iran Nuclear Deal
https://lidblog.com/why-president-trump-should-kill-jcpoa/  Sometime before May 12th,  President Trump will decide whether or not to pull the US out of the Iran nuclear deal, officially known as the Joint Comprehensive Plan of Action (JCPOA).  While I have no knowledge what the president or his advisers are thinking, I do know that  America was misled by former President Obama, former Secretary of State Kerry and their cronies when trying to sell the JCPOA to  America. Additionally, parts of the deal were hidden from the public, and the Obama administration lied to America about other parts. Heck, the administration admitted it, in a New York Times Magazine piece Ben Rhodes explained how he led the administration’s efforts to misrepresent the truth in order “to sell” the JCPOA to the press.
2) Claims That Iran Is Complying With The JCPOA Aren’t True https://lidblog.com/claim-iran-complying-with-jcpoa/ Between now and May 12th President Trump will announce his decision as to whether or not he will pull out of the JCPOA, the Nuclear deal with Iran. Whether you agree with the President or not, it should be known that any claim that we should stay in the deal because Iran is complying with the JCPOA is simply not true. In some cases, we know that Iran has violated the terms of the deal,  in other cases, the IAEA hasn’t done its job so we don’t know if the rogue regime is compliant.

3) Netanyahu Proves Iran Lied About Nuclear Program (With Video & Bibi’s PowerPoint)
https://lidblog.com/netanyahu-proves-iran-lied-jcpoa/ Using information secretly gathered from Iran and verified by the United States, Israeli Prime Minister Binyamin Netanyahu exposed a major lie in the information the Iranians supplied to the International Atomic Energy Agency (IAEA).  That data was a required to be turned over before the JCPOA could be implemented. In other words, the entire agreement was based on a lie and should never have been implemented.
Along with his other great work, the political cartoon used as the featured image above can be seen at Comically Incorrect, the website of the great political cartoonist A.F. Branco