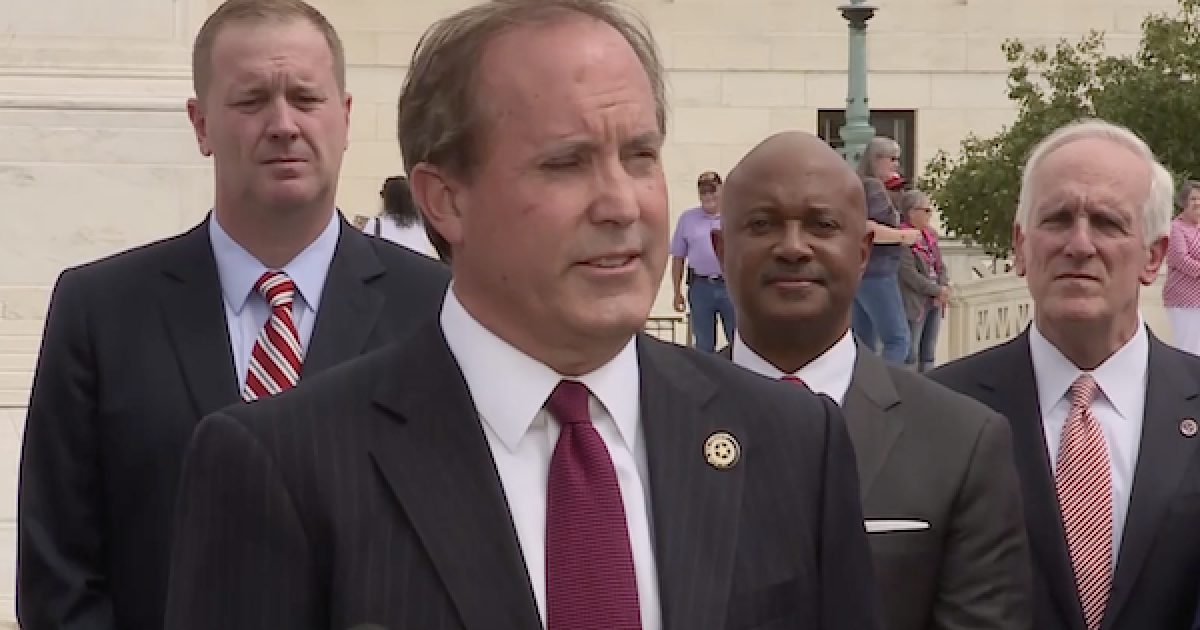 Fifty state attorneys general officially launched an antitrust investigation into Google, Texas Attorney General Ken Paxton, the initiative’s leader, announced today, a step that could potentially lead to a broad legal challenge to the company’s market dominance.  The investigation is to be conducted by the attorneys general of 48 states, Washington, DC, and Puerto Rico. The two states not participating are California, where Google is based, and Alabama.

The announcement was made on Monday 9/9 in front of the US Supreme Court building. The plan was revealed by a small group of AGs including Paxton, Karl Racine of Washington, DC, and Doug Peterson of Nebraska. Paxton said his office will serve as the head of a leadership team for the investigation, which will meet about the probe every week. Each state can be as involved as it wants to be. “It will be a very open process,” Paxton said. (See video embedded below)

“The attorneys general involved in the Google probe said their investigation would remain independent from those of other areas of government. The state attorneys general, they are an independent bunch,” [D.C. Attorney General Karl ]Racine said. “And they can be quite tenacious. So I’m very confident that this bipartisan group is going to be led by the facts and not be swayed by any conclusion that may fall short, if you will, if it’s inconsistent with our facts, on the federal side. So we’re going to do what we think is right based on our investigation.”

The government is pressuring Google and othe tech giants with investigations. The Justice Department in July announced an antitrust probe into the tech industry giants including Google, Apple, Facebook, and Amazon. In June House Democrats announced their own investigation into possible  “anti-competitive conduct” by tech giants. At least with the House investigation very little will happen because they are spending all their time investigating President Trump.

In mid-August, a former Google employee and whistleblower turned over his laptop and almost 1000 pages of internal google docs to the DOJ.

Google must have known what was coming as on a Friday 9/6 post on their corporate blog Kent Walker, Google’s SVP for Global Affairs wrote all about Google’s R&D and free services adding:

At the same time, it’s of course right that governments should have oversight to ensure that all successful companies, including ours, are complying with the law. The Department of Justice, for example, has announced that it’s starting a review of online platforms.

We have answered many questions on these issues over many years, in the United States as well as overseas, across many aspects of our business, so this is not new for us. The DOJ has asked us to provide information about these past investigations, and we expect state attorneys general will ask similar questions. We have always worked constructively with regulators and we will continue to do so.

Sadly while the state attornies general will be investigating Google’s dominance in advertising, they are ignoring  the recent revelations that Google favors left-wing sites, especially when it comes to stories about gun violence, and that one Google exec reveals tech giant is set to ‘prevent’ the ‘next Trump situation.”

Below is a video of the AG’s announcement.