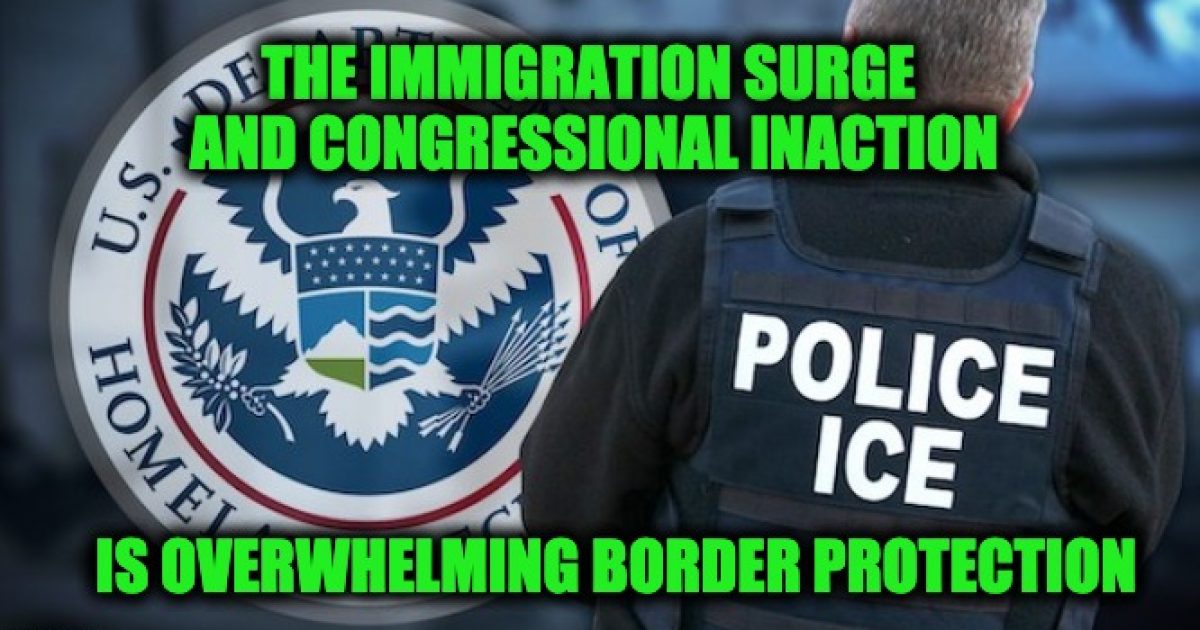 President Trump will do anything within the law to solve the problem of illegal immigration. The Daily Caller is reporting that he may use an obscure 1807 law called the Insurrection Act as his next step to help solve the illegal immigration crisis. The Insurrection Act is a United States federal law that governs the ability of the President of the United States to deploy military troops within the United States to put down lawlessness, insurrection, and rebellion.  The report cites multiple senior administration officials say “the president intends to invoke the “tremendous powers” of the act to remove illegal immigrants from the country.”

A crucial part of the Insurrection act says:

Whenever the President considers that unlawful obstructions, combinations, or assemblages, or rebellion against the authority of the United States, make it impracticable to enforce the laws of the United States in any State by the ordinary course of judicial proceedings, he may call into Federal service such of the militia of any State, and use such of the armed forces, as he considers necessary to enforce those laws or to suppress the rebellion.

The President, by using the militia or the armed forces, or both, or by any other means, shall take such measures as he considers necessary to suppress, in a State, any insurrection, domestic violence, unlawful combination, or conspiracy, if it—(1)so hinders the execution of the laws of that State, and of the United States within the State, that any part or class of its people is deprived of a right, privilege, immunity, or protection named in the Constitution and secured by law, and the constituted authorities of that State are unable, fail, or refuse to protect that right, privilege, or immunity, or to give that protection; or (2)opposes or obstructs the execution of the laws of the United States or impedes the course of justice under those laws.

In the past, the Act was used for everything from Lincoln’s justification for the Civil War to Eisenhower’s use of the national guard to enforce Brown v. Board of Education in Arkansas, and Bush #41 using the act to send troops to help quell the 1992 L.A. riots.

Beyond the Insurrection Act, the President intends to declare the U.S. is presently full:

In addition to the Insurrection Act, the president is also considering declaring the country full and insisting that the U.S. can no longer handle the massive influx of illegal immigrants. 2019 is currently on pace to reach the highest levels of illegal immigration in a decade.

‘“If you take a ship and it holds 1,000 people maximum — one more person and the ship is going to collapse,” the official explained. “The country is full.”

“Our hospitals are full, our detention centers are full,” they added.

ICE facilities were forced to release 100,000 illegal immigrants in the first three months of 2019 because of overcrowding in detention centers

On the one hand, the Insurrection Act seems to be a brilliant solution, but any President using the U.S. military to enforce the law makes me uncomfortable. Like the FISA act it may start out being used for legitimate purposes, but a Democratic or Socialist president may use it for the wrong reason. But right now it is the law, and President Trump is rightfully using every legal tool he can to solve the illegal immigration problem

Keep in mind that even if the President invokes the Insurrection Act, there will most probably be a long delay before it can be implemented. Just like every other legal solution he has used, the National Emergencies Act to build the necessary border barrier, for example, there will be federal lawsuits coming from the ACLU, and the attorney generals of the states trying to deflect public attention from the failure of their state’s liberal policies.

Possibly as a precursor to using the Insurrection Act, President Trump tweeted out these warnings today:

Border Patrol is apprehending record numbers of people at the Southern Border. The bad “hombres,” of which there are many, are being detained & will be sent home. Those which we release under the ridiculous Catch & Telease loophole, are being registered and will be removed later!

All people that are illegally coming into the United States now will be removed from our Country at a later date as we build up our removal forces and as the laws are changed. Please do not make yourselves too comfortable, you will be leaving soon!