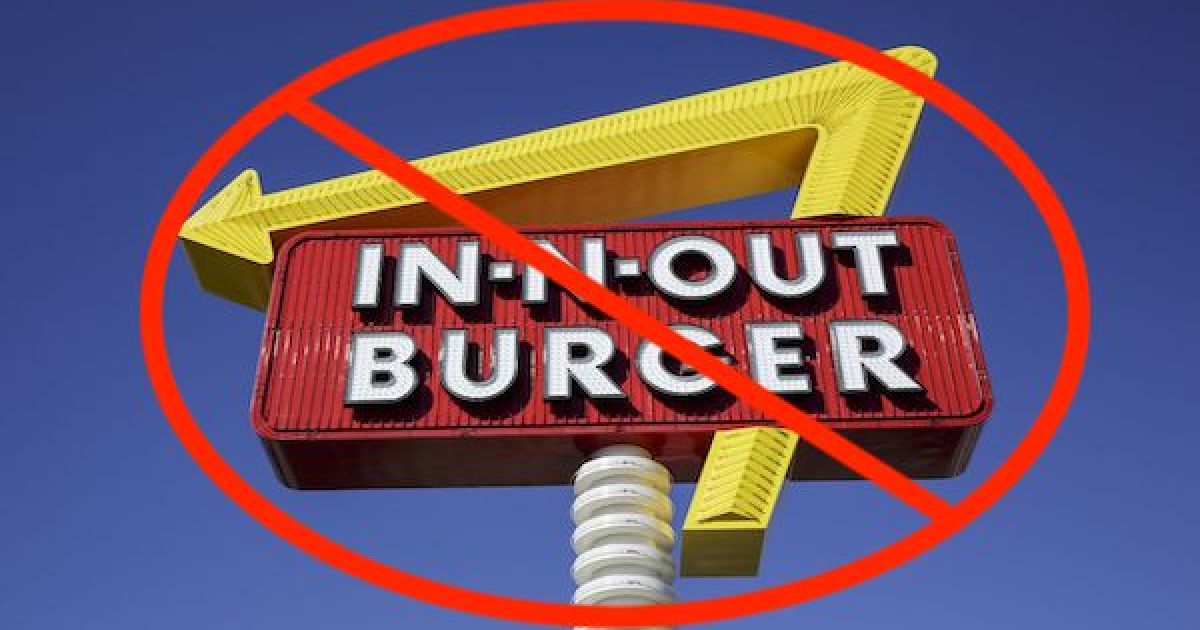 There are perfectly reasonable reasons not to frequent the Califonia fast food chain, In-N-Out Burger. Some people object to any fast food joint, or there are people like me who will not eat burgers that aren’t Kosher.  But then there are the Democrats, at least the California Party Chairman, who wants to boycott In-N-Out Burger because the company donated money to the state’s GOP–and not just the Republicans, both major parties.

In-N-Out Burger’s executive vice president Arnie Wensinger said the company “has made equal contributions to both Democratic and Republican Political Action Committees in the State of California” in 2018. That’s right these greedy California Democrats are pissed off that In-N-Out Burger gave $25,000 to both parties.

In-N-Out is a hamburger chain based in California and has a menu featuring double-double burgers, fresh-cut fries and what I understand it also has a legendary secret menu. But its menu has nothing to do with the boycott threats, nor does the fact that its owned by a deeply religious family, known for discreetly placing Bible verses on hamburger wrappers and soft drink cups. No, the Democrats are angry with  In-N-Out because of its bipartisanship.

LA Magazine let the cat out of the bag 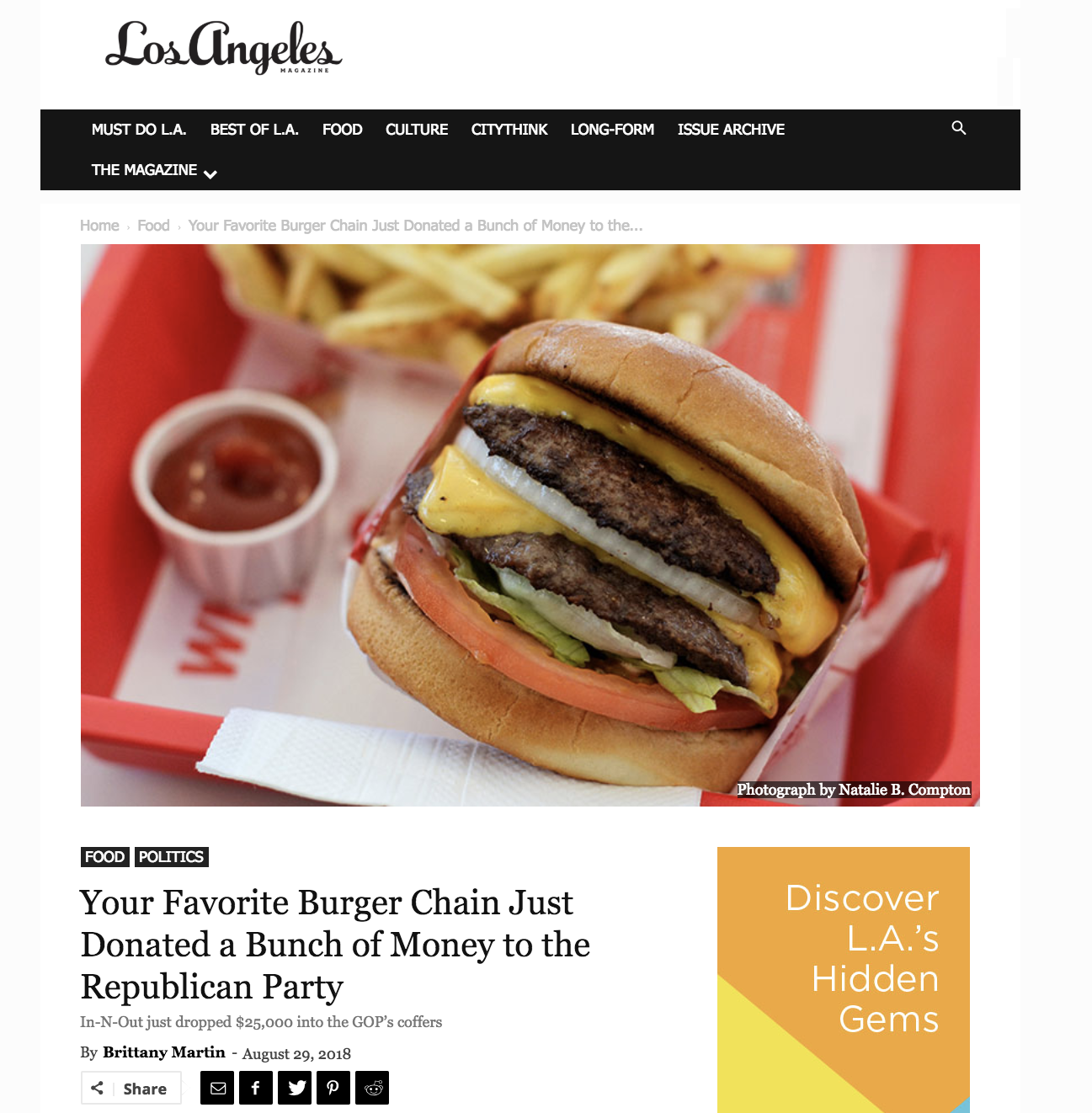 That article set off a twitter thread of Democrats throwing hate at the burger chain. The most irrational twitter response came from Eric Bauman, the Chairman of the California Democratic Party:

In the last California Secretary of State report (2017) the state has 8.7 million registered Democrats and only 5.0 million Republicans, that’s 1.7 Democrats for every Republican, and Eric Bauman is upset about matching $25K donations.

Grow up, Eric! There are tons of companies that give to both parties equally. It’s their way of greasing all palms. A former boss of mine was worried that someday one of his companies might need some congressional help. This conservative Republican donated heavily to GOP  and Democratic candidates both, and even used his own NY apartment to throw a fundraiser for his neighbor Chuck Schumer in case he ever needed a favor.

That’s the way corporate/ political friendships work, by making everyone happy. It is the way most companies operate. Is Democratic Chairman Bauman a political novice, or just a greedy fool?

In 2018, In-N-Out Burger has made equal contributions to both Democratic and Republican Political Action Committees in the State of California.   For years, In-N-Out Burger has supported lawmakers who, regardless of political affiliation, promote policies that strengthen California and allow us to continue operating with the values of providing strong pay and great benefits for our Associates.

It is actually far more important to In-N-Out and our Foundations to support our communities by contributing millions of dollars to hundreds of organizations in California to prevent child abuse, human trafficking and substance addiction.

We have been fortunate to do business in this great state for almost 70 years.  While it is unfortunate that our contributions to support both political parties in California has caused concern with some groups, we believe that bipartisan support is a fair and consistent approach that best serves the interests of our company and all of our Customers.

The next time I am in California, I will be going to In-N-Out Burger, I still won’t have a burger, but I hear they make their shakes with real ice cream.  I’m hopeful that California residents will frequent In-N-Out Burger more than usual as a way to tell Eric Bauman what to do with his boycott. Perhaps that will teach him how the world really works.