CBP Confronts 190,000 Illegals A Month, Many With COVID Released Across U.S.

And It Isn't Slowing Down 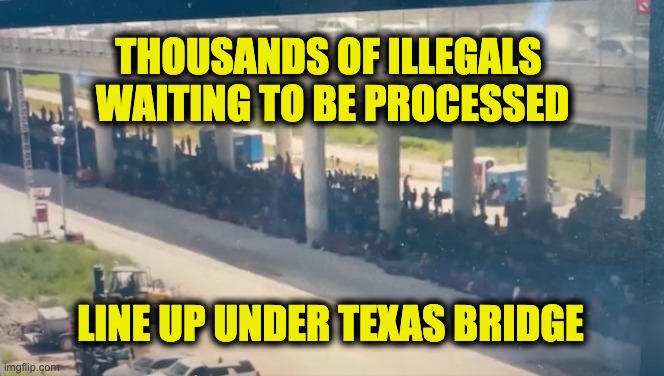 A new report from U.S. Customs and Border Patrol shows that agents encountered nearly 190,000 illegal aliens in the month of June alone. And the final July numbers are expected to be about the same according to Democrat Rep Henry Cuellar (D-TX). The CBP is overwhelmed thanks to Biden’s border policy. illegals with COVID

Those are just the actual encounters that border patrol officers had, Not included are the illegal aliens who sneaked past our patrols and  got into the country “unnoticed.”

Customs and Border Protection said they’ve accounted for nearly 190,000 migrants attempting to illegally cross the southwest border in June. CBP officials said they’ve seen a high number of distress from migrants abandoned by smugglers with no regard for human life amid intense heat.

According to officials, the migrants are not warned of the tough conditions they will be forced to battle along their journey.

“It is a very desolate land, a very arduous land, a land that is very hard to cross. It presents a lot of risks,” said CBP spokesperson Carlos Rivera. “The temperature, it’s hard to cross this land. They can suffer dehydration. They don’t tell them how many days they could be in the desert either.”

And the Biden border crisis is not slowing down.

NEW: This is the largest group of migrants we’ve ever seen being held by Border Patrol under Anzalduas Bridge in Mission, TX. Looks like it could be up to 1,000 people. We can only get a look at the area with our drone. There’s a popular Rio Grande crossing area nearby. @FoxNews pic.twitter.com/AsAygsO966

Meanwhile,  CBP officers are coming down with COVID in alarming numbers these illegals are vaccinated against the virus.

A top Border Patrol union official is warning that agents are having to release COVID-positive migrants into the U.S. “day in, day out” — amid the ongoing crisis at the border, which also has Border Patrol agents worried about their own health.

“Not everyone we encounter we test, only those that exhibit some type of symptoms and not everybody has symptoms that has it,” Chris Cabrera, a vice president of the National Border Patrol Council, said Saturday on “Fox News Live.”

But once the illegal aliens are caught, Biden is allowing them to be super-spread all across America.

NEW: All morning long we’ve watched Border Patrol drop off multiple bus loads of migrants at a Catholic charity in downtown McAllen, where they are given food & shelter before they take buses and flights across the United States. Buses arriving every 30 minutes so far. @FoxNews pic.twitter.com/Yon4rpN3VZ

At least they are wearing masks, but how about a vaccine mandate for Illegals instead of federal employees? I suppose not because that would upset Biden’s leftist handlers.