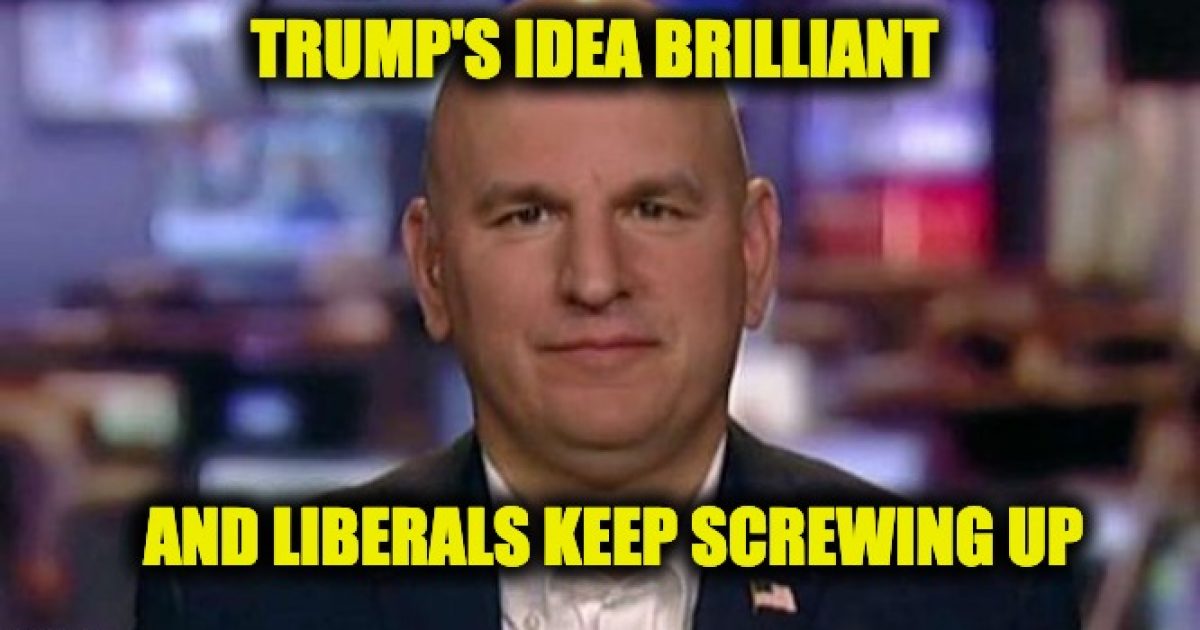 The hypocritical leftists are freaking out because of President Trump’s threats to bus the illegal aliens who can no longer be housed at the border, to sanctuary cities.”It’s illegal:” some are screaming, others are saying “it’s immoral” or “petulant.”  The Democratic Socialists are saying what they always say, “give the government all your money and everything will work out.” But appearing on Fox and Friends Sunday National Border Patrol Council President Brandon Judd disagreed.

Judd said its “absolutely legal” for the federal government to transport illegal immigrants to sanctuary cities. And he added “I’m gonna get beaten up by the hard left for this comment, but this is actually a brilliant move on the president’s part,

“There’s two layers to this: if he’s doing it for humanitarian purposes, he should be praised. These are cities that the city councils have consciously made a decision that they are going to accept these illegal aliens into their cities and they’re going to protect them — so if President Trump is sending them for that purpose then he should be praised.

“If he’s doing it for political reasons, again this is absolutely brilliant, These people have to be released for one reason or another and if we’re going to have to release them, why not show these sanctuary cities the same pressure that other cities are feeling from the release. From those two layers, this is a brilliant move,

Pete Hegseth asked him if the move was legal.

“There is nothing that he is doing that’s violating the law,. It’s not immoral, it’s not illegal, it’s not petulant. This is a move that frankly should be praised on both sides. But this is one of those unforced errors again, he’s showing the hypocrisy of the left — the left is saying that we want to accept these people, there should be open borders. But then, when it comes to accepting them in their own cities they’re saying no we don’t want them anymore. That’s the definition of hypocrisy.

Hegseth asked if Judd’s seen any proposals from the left (and kept a straight face because we all know th3e answer to that).

Not at all and the and that’s the problem. Again, we have to look at the unforced errors from the left.  They continue to make mistake after mistake and the American public is noticing this. If they’re coming forth with proposals that would be one thing, but all they’re trying to do is stymie this president.

Stymie the President? Is he talking about Chuck Schumer?

I really thought sanctuary cities would be ecstatic to have illegals in their towns. I hope Trump dumps the 100K per month illegals into sanctuary cities and finds a way to keep them there. The Democrat goal is not to collect all of the illegal invaders in their town to care for. Their goal is to flood red states with them and to take over America.

Twitter had the usual kick-butt reaction to the sad liberals:

Let’s check Wanderu for Greyhound, Boltbus, or Megabus, they’re waiting to book a ticket and the illegals can experience an adventure in comfort. Plus they can compare prices to find the sanctuary city with the most free benefits and don’t forget Amtrak! https://t.co/bLCxUiX41L

Ah Amtrak! Another example of why the government shouldn’t sink its claws into private businesses.

I find it completely hypocritical why all of a sudden the leftists are now attempting to turn away the illegal aliens that they so much loved last week. Perhaps the thought of actually living with them has changed their mind https://t.co/Q1ESpLIjmf via @dailycaller

This needs to happen. The liberals invited them. Seems appropriate for them to be their host.

What a cleaver way to get the asylum they seek. Please don’t throw them into that brief patch mr. Present.

Pack up the buses for Oakland. pic.twitter.com/XUt2jZhuWj

I’ve heard people say it’s illegal, but I’ve seen no law quoted that shows that to be true.
They have to be placed SOMEWHERE, and Obama proposed the same idea, dropping illegals in Georgia because Sen Sessions opposed his immigration plans.
Funny how no one cared when he did it.

Don’t you just love it when President Trump creates a liberal conniption?