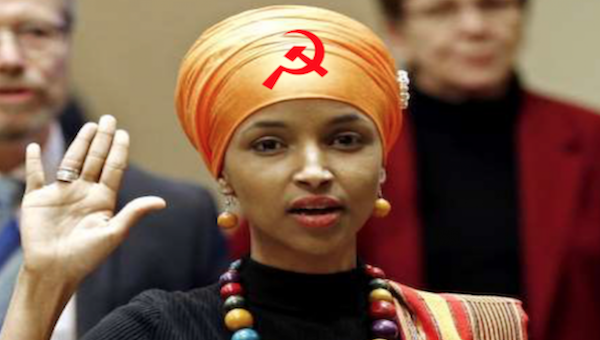 Earlier this week, as our insular media was focused on congressional legislation, the Mar-a-Lago raid, and other campaigns around the country, most overlooked what occurred in Minneapolis Tuesday night.

Because her district is hard left, Omar likely will still prevail during November’s general election, but is the template now out on how to beat the socialist in a future primary?

Maybe Omar’s anti-Semitism no longer plays well in the most Jewish district in Minnesota, or maybe her anti-police bigotry no longer appeals to a high crime district that voted last year not to defund the police.

Amid low voter turnout and disdain toward her noxious beliefs, Omar amassed only 50.3% of the overall vote and also barely totaled half of her vote total from two years ago.

This was the closest a Democrat U.S. representative from Minnesota has come to losing a primary in more than 80 years. Omar defeated challenger Antone Melton-Meaux by 20 points last time and topped her opponent by similar numbers during her first run in 2018.

“It shows that people are dissatisfied with her performance,” Samuel, the former Minneapolis City Council member, explained. “Even with all the advantages of incumbency and endorsement and recognition and the odds, all of that, that she still could lose an election because people are so dissatisfied.”

Samuels probably outperformed expectations because he led the opposition to last year’s referendum about abolishing the Minneapolis Police Department (MPD).

Minneapolis Mayor Jacob Frey, a Jewish Democrat who, along with several mayors in Omar’s district, supported Samuels, condemned the congresswoman Tuesday, saying in part, “it’s not just about sending out vitriolic tweets and being mean-spirited. It’s about working with people.”

When Omar saw her support crater in every part of the Fifth District, she predictably did not reflect. Instead, she chose to play the victim, bashing Republicans, moderate Democrats, and corporations, claiming, “Pundits and news agencies have tried to smear us and undermine our work.”

That proves the 39-year-old Somali is doubling down on being witless and execrable. It’s to her own detriment.