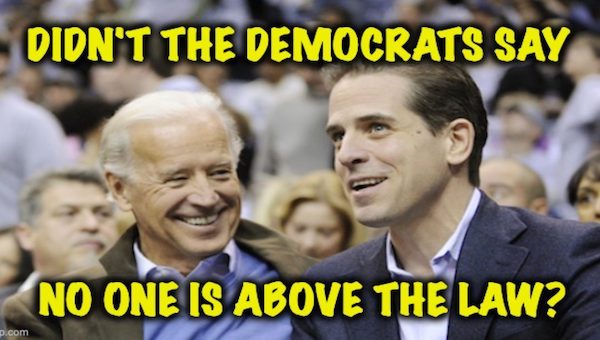 For years, Democrats have been using Big Tech as a private digital army boosting Democrat messaging while canceling Republicans. Then Elon bought Twitter.

Elon buying Twitter redrew the battlespace in the war of information.

Twitter went from being the platform that suppressed the Hunter Laptop story that could have cost Joe the election and led the charge in Nuking Trump’s online presence. At the same time, he was still a sitting President to one that owed exactly ZERO favors to the Biden administration.

He seems more than willing to encourage free political discourse and seems likely to expose the dirty secrets of Biden’s administration using Twitter (and other Big Tech) as a workaround. They could deputize Big Tech to crush free speech politicians disapproved of — without appearing to be doing so at the (unlawful) request of the government.

Now that Twitter’s gone private and Musk has encouraged people to vote Republican — for the bipartisan advantages of a divided government — Biden views Musk as an enemy.

We have already seen how Biden treats his political enemies — from Trump-supporting Republicans to parents at school board meetings and even pro-life protesters. Of course, petulant Joe would look for ways to weaponize the government against Musk. He’s now admitted as much.

President Joe Biden suggested Wednesday he was interested in the federal government investigating billionaire Elon Musk’s acquisition of Twitter.
“I think that Elon Musk’s cooperation and/or technical relationships with other countries is worthy of being looked at,” Biden said during a press conference at the White House on Wednesday.

Biden was asked by a reporter if he was concerned about Musk’s acquisition of Twitter using financing from foreign countries like Saudi Arabia.
“Whether or not he is doing anything inappropriate, I’m not suggesting that,” Biden said. “It warrants being looked at.”
When asked by another reporter how he planned to make it happen, Biden replied, “There’s a lot of ways.” — Breitbart

After two overblown attempts to impeach Trump — one of which came as a direct result of the 45th President looking into Joe Biden’s corruption in Ukraine relating to his infamous ‘son of a bitch he was fired’ quote — control of the House (and maybe the Senate) looks ready to flip to the Republicans.

Senators have put together a massive file of original documents adding credibility to severe allegations about both Joe and Hunter Biden’s business dealings with foreign agents.

There is mounting evidence that some foreign dealings occurred while Joe Biden served as Vice President.

But Joe is setting a tone he expects his lapdog media to echo on his behalf… a cavalier, mocking tone that suggests they have nothing of merit and are tilting at windmills… and borrowed from the Clinton ‘Move On’ playbook.

Biden, taking questions from the White House on Wednesday as the balance of power hangs in limbo in Congress, was asked about congressional Republicans’ intentions to launch a number of investigations into his presidency, cabinet officials, certain policies, and business ventures of his son and his family should they take the majority in the House and Senate.

“Lots of luck in your senior years, as my coach used to say,” Biden joked. “Look, I think the American public wants us to move on and get things done for them.” — FoxNews Brooke Singman

THAT is the card of a guy who spent the last 2 years taking the FBI off of cases of child trafficking so that SWAT teams can descend on somebody’s dad or grandmother for standing on the lawn of the Capitol on Jan 6?

This is the same guy who keeps trotting out the fully-debunked lie that Trump somehow supported Nazis in his ‘very fine people’ quote despite the fact that even Jim Acosta admitted in a tweet that Trump denounced racial bigots as evil in that same presser?

If you can make a public show-trial of Trump on television — using cherrypicked quotes and outright lies — surely we can put the mountain of evidence against you and your family out there for the public to see.

Maybe we’ll get to see you tell us that you are ‘not a crook’ or that when the Vice President does it, that means it is not illegal.

You fancy yourself a tough guy, Joe, and you like to play in the big leagues.

Let’s see how tough you are when you’re no longer the one calling the shots.