How Bill Clinton Paved the Way for Roy Moore 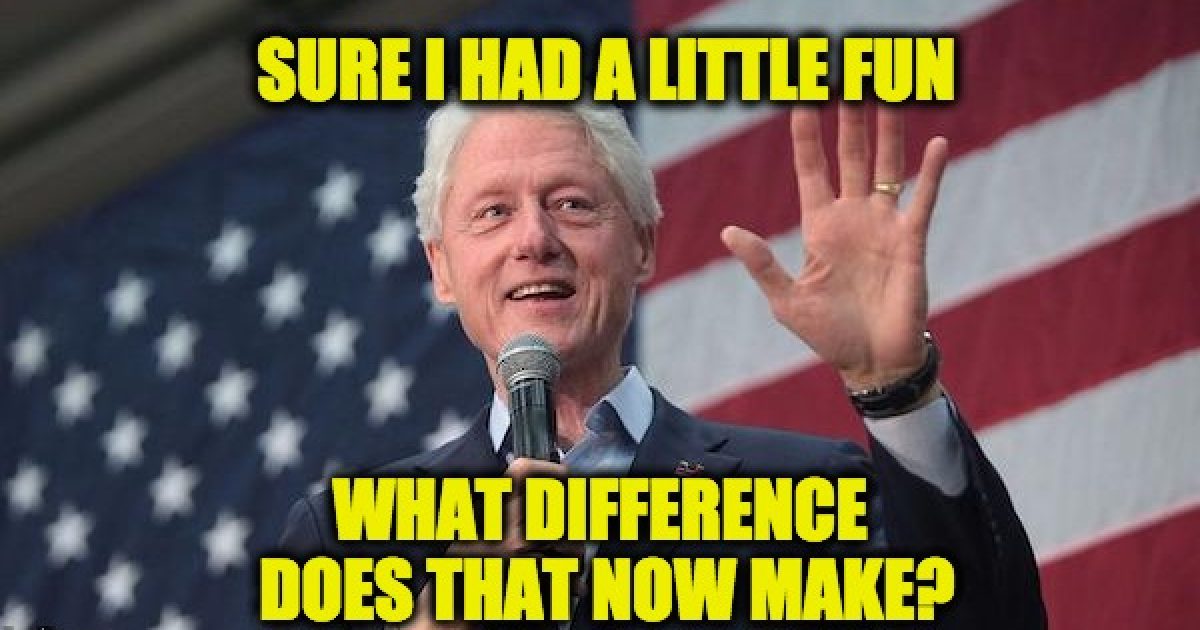 Did Bill Clinton change the rules on the American political landscape?

Did his popularity, in spite of the likelihood that he was a sexual predator, change how Americans view sex and politics?

Conservatives continue to despise deviant sexuality in their politicians, but they seem to have resigned themselves to voting for the “lesser of two evils” (politically speaking) when it comes to their candidate’s sexual misadventures.

This process may be playing out again in Alabama as voters try to decide if they should vote for Roy Moore, even as questions about his past behavior swirl around his candidacy.

On NBC’s Meet the Press veteran political prognosticator Charlie Cook wonders if Moore is still the likely favorite, in large part because of Bill Clinton’s past sins:

“I would argue that the rules have changed in the last 25 years, Bill Clinton in 1992, before the New Hampshire primary was hit with Gennifer Flowers telephone recordings, the Vietnam draft story. In the old days, he would have dropped out, and if he didn’t he would have lost. But he toughed it out, he survived. All the way up through last year with the Billy Bush tape… Normally the candidate would have dropped out. Donald Trump stayed in and won. So I don’t know what is going to happen here — you really can’t predict anymore.”

Later, Chuck Todd brought this idea up with Democrat Senator Amy Klobuchar, wondering how much responsibility Democrats bear for these issues:

Chuck Todd: What responsibility to Democrats have in this culture of victim shaming that became pretty prevalent in the 1990s, and all the way to today?

Amy Klobuchar: We have a responsibility to make sure there is a process in place in workplaces where people can come forward, where fairness rules, and where you don’t have people making decisions about whether people are promoted, not based on merit, but on whether they put out or not. That is what has happened to some women in our society, and it is time to stop blaming them and start looking at who is doing this.

Chuck Todd: What do you say to voters who say: ‘Boy all these people who were upset about Donald Trump, they weren’t upset about Bill Clinton.’ Do you think that one of the reasons Donald Trump got a pass from voters is because of what happened in the 90s with Bill Clinton?

Klobuchar refuses to answer the question but instead turns the subject back to Donald Trump. (Of course.)

The Democrats can whine and complain about Judge Moore’s possible past behavior, but the reality is that all of their complaints are hollow because they’ve happily supported (and still support) candidates and leaders with much darker pasts.