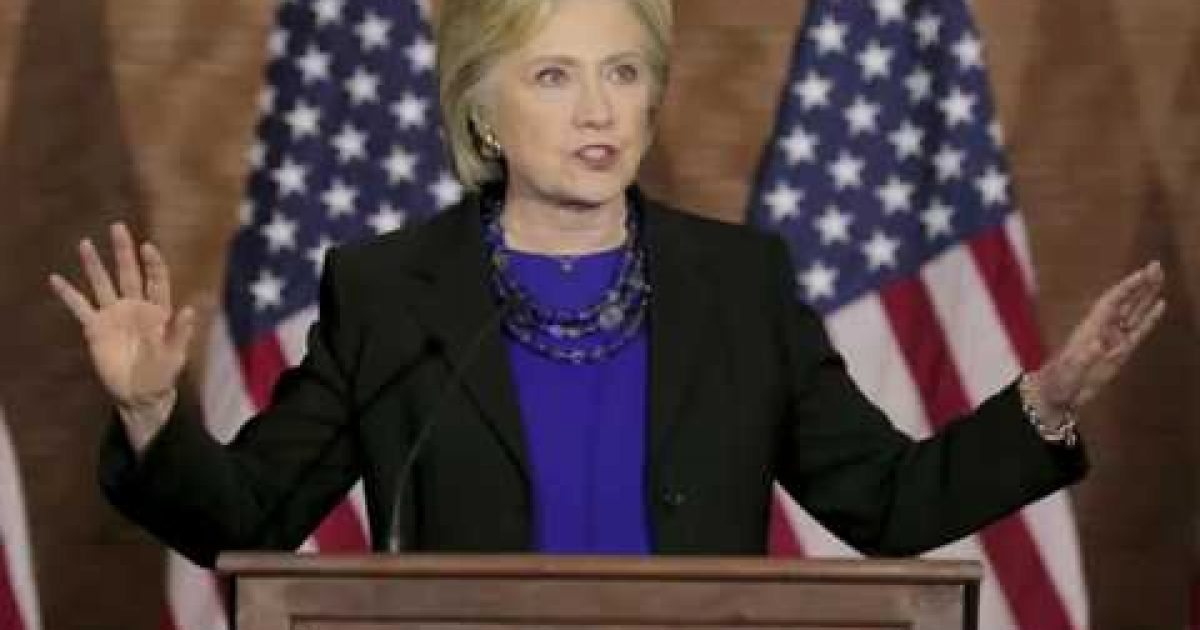 At the very top of the Wednesday night debate was a question about the Supreme court which morphed into a discussion of the Supreme Court ruling on the Heller case which until Hillary answered I thought was about a ban on hand guns in Washington D. C..

You mentioned the Heller decision. And what I was saying that you referenced, Chris, was that I disagreed with the way the court applied the Second Amendment in that case, because what the District of Columbia was trying to do was to protect toddlers from guns and so they wanted people with guns to safely store them. And the court didn’t accept that reasonable regulation, but they’ve accepted many others. So I see no conflict between saving people’s lives and defending the Second Amendment.

That was a lie! The Heller had nothing to do with toddlers. . It was about whether Dick Anthony Heller, a 66-year-old police officer, should be legally allowed to own and bear a personal firearm to defend himself and his family at home. That’s it.

If you don’t believe me read how the Supreme Court described the facts of the case:

District of Columbia law bans handgun possession by making it a crime to carry an unregistered firearm and prohibiting the registration of handguns; provides separately that no person may carry an unlicensed handgun, but authorizes the police chief to issue 1-year licenses; and requires residents to keep lawfully owned firearms unloaded and dissembled or bound by a trigger lock or similar device. Respondent Heller, a D. C. special policeman, applied to register a handgun he wished to keep at home, but the District refused. He filed this suit seeking, on Second Amendment grounds, to enjoin the city from enforcing the bar on handgun registration, the licensing requirement insofar as it prohibits carrying an unlicensed firearm in the home, and the trigger-lock requirement insofar as it prohibits the use of functional firearms in the home. The District Court dismissed the suit, but the D. C. Circuit reversed, holding that the Second Amendment protects an individual’s right to possess firearms and that the city’s total ban on handguns, as well as its requirement that firearms in the home be kept nonfunctional even when necessary for self-defense, violated that right.

The Heller case was all about whether the District of Columbia’s “total ban on handguns” (the Supreme Court’s characterization of the law at issue) was constitutional.

The Supreme Court ruled that D.C.’s ban on handguns was unconstitutional and that Heller, a police officer, had a constitutional right to own and bear a firearm in his home. It had nothing whatsoever to do with toddlers.

Last Year, Clinton Lambasted The Supreme Court’s Decision In District Of Columbia V. Heller, Which Found D.C.’s Ban On Handguns Unconstitutional.“While Clinton has previously supported an assault weapons ban, this is the first time since launching her campaign that she indicated that she would take on the Supreme Court over gun issues. Although Clinton did not identify which Supreme Court case she disagreed with, she appeared to be criticizing the landmark 2008 ruling in District of Columbia v. Heller, which found the handgun ban in Washington, D.C., unconstitutional… ‘We’ve got to go after this,’ Clinton continued. ‘And here again, the Supreme Court is wrong on the Second Amendment. And I am going to make that case every chance I get.'” (Alana Goodman and Stephen Gutowski,”Leaked Audio: Clinton Says Supreme Court Is ‘Wrong’ on Second Amendment,”The Washington Free Beacon , 10/1/15)

What she said about the second amendment  during the final presidential debate doesn’t square with comments she made on ABC’s This Week. Clinton refused to make even the most basic of statements in support of gun rights. If Clinton can’t even say the right to bear arms is a constitutional right, how can she honestly claim that she supports the Second Amendment?