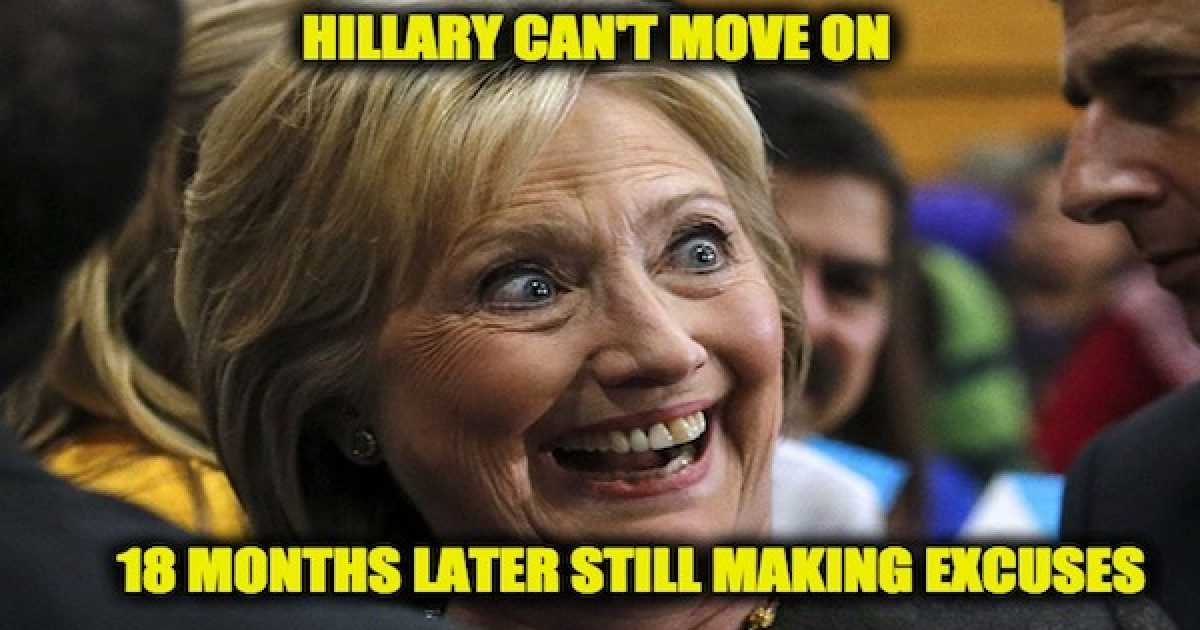 One would think that by now Hillary Clinton would have run out excuses. It’s been over 18 months since Donald Trump won the 2016 Presidental Election and she is still spewing reasons why she lost. HRC, the losing candidate (and all-time loser) is still unwilling to admit that she lost to a superior candidate. Just in the past few days, two new excuses crawled out from under a rock bringing her grand total (by my records) to 48 excuses.

Robby Mook, the drained and deflated campaign manager, told his boss she was going to lose. She didn’t seem all that surprised. “I knew it. I knew this would happen to me,” she said, now within a couple of inches of Mr. Mook’s ashen face. “They were never going to let me be president.”

She never said who “They” were—perhaps she was talking about the monsters in the 2002 Wes Craven movie: 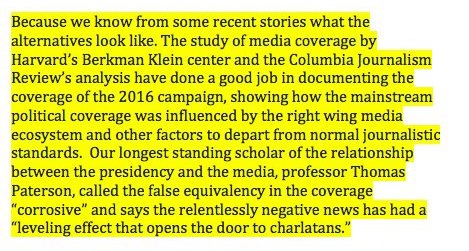 I think Hillary is right about false equivalency but in reverse. Trump’s sometimes inappropriate language is nowhere near as serious as Hillary Clinton leaving America’s most important secrets ripe for picking via her private email server.

And as far as right-wing media ecosystems I have no idea what she means. But if I had to create one mine would have giraffes (because my wife likes giraffes).

But if she thinks the right-wing media was part of the same group, she’s crazy. Even after Donald Trump won the GOP nomination a huge chunk right-wing media was “never trump,” many others didn’t trash the future president but didn’t support him either. Conservatives are not a homogeneous group by nature and were more divided than ever in 2016.

Hillary’s latest two brings her grand total up to 48 (see list below).

Note to former POTUS Bubba Clinton: It has been a year and a half and she’s still making excuses. Next time you take a break from chasing women, it’s time you got some help for your wife—she is obviously a very sick woman.

Of course she never mentons the one true excuse, she was a lousy candidate with no connection to the average American who lost to a superior candidate.