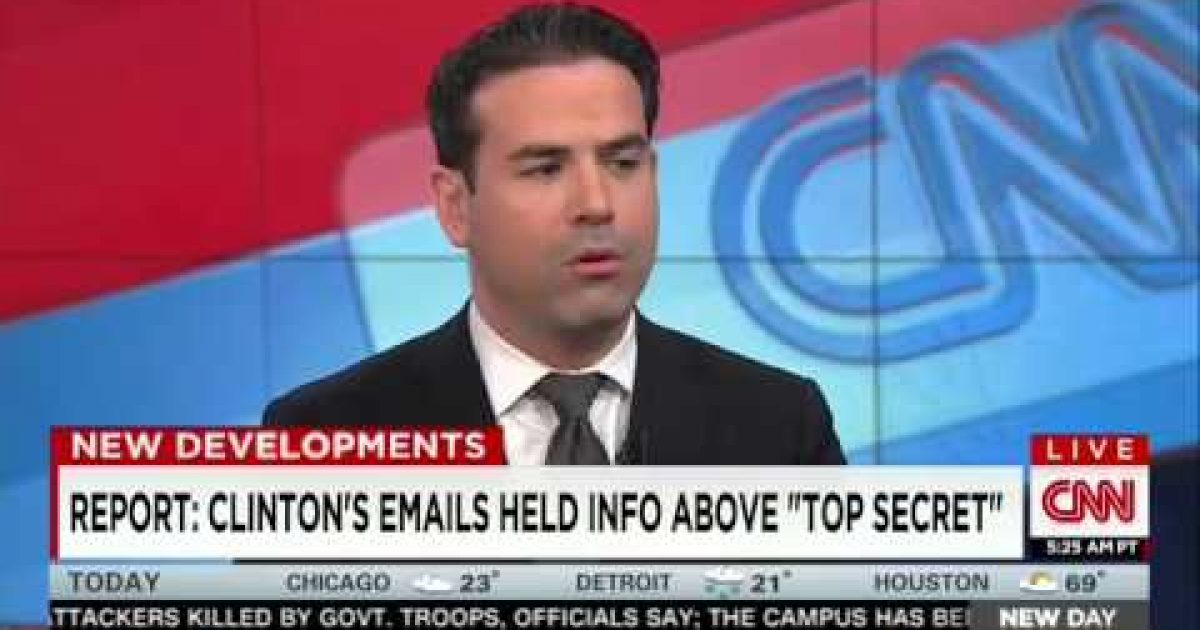 Smell that? That’s the sweet smell of a desperate campaign.

Yesterday, Fox News reported that the Intelligence Community Inspector General I. Charles McCullough III told both the Senate Intelligence and Senate Foreign Relations committees that intelligence agencies found messages on Hillary Clinton’s server relating to what are known as “special access programs,” or SAP. That’s an even higher level of secrecy than top secret.

Today Hillary’s Spokesman Brian Fallon, was interviewed by Alisyn Camerota on CNN and claimed that the Obama-appointed Intelligence Community Inspector General’s report is the result of political coordination with the Republicans.  In other words the Obama-appointed IG was part of what the “vast right wing conspiracy” which was invented by Ms. Clinton in 1998:

Camerota: But the Inspector General isn’t a Republican.

Fallon: Actually, I think this was a very coordinated leak yesterday.

Camerota: Why do you think he’s a stooge of the Republicans in Congress? I’ve heard you say that. What’s your evidence?

Fallon: Because two months ago there was a Politico report that directly challenged the finding of this Inspector General, and I don’t think he liked that very much. So I think that he put two Republican Senators up to sending him a letter so that he would have an excuse to resurface the same allegations he made back in the summer that have been discredited.

Actually that discredited finding (that at least two of the letters on Ms. Clinton’s server were top secret when she received them) was proven to be true.

It is very unlikely that an inspector general of any party, but especially one appointed by Barack Obama would be part of what Hillary Clinton once labeled, the vast right-wing conspiracy. What this claim really comes from is a Hillary Clinton in the middle of being criminally investigated by the FBI and a campaign dropping in the polls, has gotten so desperate that her only comeback is that the progressive government of Barack Obama is involved in a Republican conspiracy take her down.