The Hero Of Israel’s 1948 Rebirth Was An American 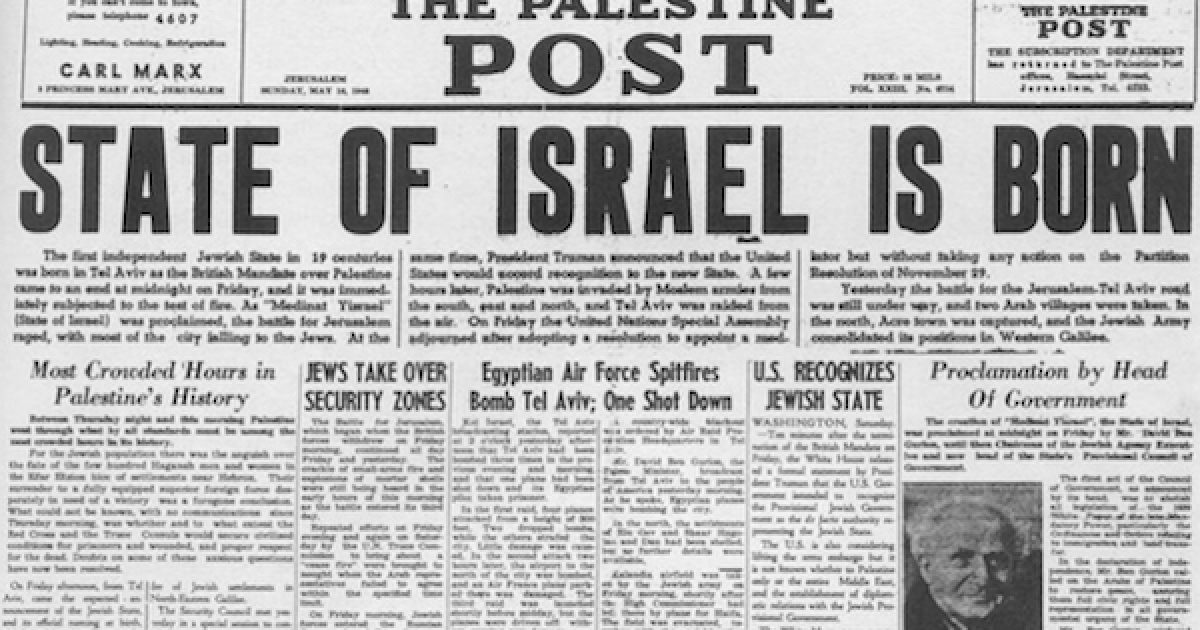 There is a song Jews sing every Hanukkah called “Who can retell” whose lyrics also applies to the birth of Israel 70 years ago. “Who can retell the things that befell us, Who can count them?, In every age, a hero or sage, Came to our aid.” For the birth of modern Israel, the Hero who arose was the American President Harry S  Truman.

Beginning at sundown, Wednesday evening April 18th Israel will celebrate her 70th anniversary (by the Hebrew calendar) of the modern state of Israel. On that day the world saw a real miracle from God. After a wait of almost 1,900 years, the Jewish people who never totally left the land given to them by the Lord once again had political control of their country. They were once again a nation-state, Israel declared her independence.

The Jewish State’s existence would have been very short-lived were it not for the strong will of President Harry S Truman, who became the first world leader to recognize Israel, and he did so over the objections of his Secretary of State George Marshall, who was much more popular with the American people than President Harry S Truman, who at that point was never elected to the Oval Office, he was the VP who took over when FDR passed away.

The president didn’t make his decision because of politics but like so many of Truman’s policies, he supported Israel because he thought it was the right thing to do. Of course, there were some who attributed Truman’s stance to something else. When Israel’s Chief Rabbi, Isaac Herzog, visited the White House after Israel’s independence declaration,

he told Truman, “God put you in your mother’s womb so that you would be the instrument to bring the rebirth of Israel after 2000 years.”

Based on the Democratic Party’s move away from support of the Jewish State over the past decade, it may be reasonable to believe that if  Harry Truman tried to overrule the popular Marshall today, the Democratic party of Barack Obama, Keith Ellison, and the Farrakahn supporting Congressional Black Caucus might try to impeach their own president. At the very least they would certainly vehemently object.

The Democrats might even have tried to negate the UN Partition Plan, as most in the State Department recommended to Truman in 1948, but a wishy-washy move like that wasn’t Harry Truman’s style.

“What I am trying to do is make the whole world safe for Jews,” Harry Truman wrote as he agonized over his decision to recognize a Jewish state in Palestine

Secretary of State George Marshall (Time’s 1947 Man of the Year) was an international hero who was just as opposed to the creation of Israel as Truman who had no voter base, was for it. Clark M. Clifford, Special Counsel to President Truman, remembered the internal Truman administration fight regarding the recognition of the Jewish State, and the final discussion in the Oval Office. The meeting turned out to be an angry battle with Clifford and the President on one side, Marshall and Undersecretary of State Robert Lovett on the other 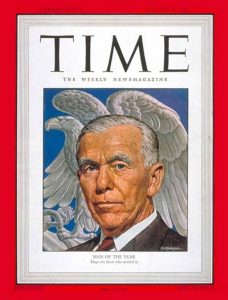 The argument used by the state department leaders were similar to the ones Democrats used when Speaker Boehner invited Benjamin Netanyahu to speak to Congress about the Iran deal.  Undersecretary of State Lovett first argued Truman was supporting Israel solely for political gain and he warned the President the move would lose more votes than it would gain.

When that didn’t work, Lovett tried another approach –the red scare (because you know all of those Jews are commies).

When Lovett was done speaking it was the “hero” Marshall’s turn.  As Clifford described the remarks:

“It would be highly injurious to the United Nations to announce the recognition of the Jewish state even before it had come into existence and while the General Assembly is still considering the question. Furthermore, such a move would be injurious to the prestige of the President. It is obviously designed to win the Jewish vote, but in my opinion, it would lose more votes than it would gain.” Lovett had finally brought to the surface the root cause of Marshall’s fury – his view that the position I presented was dictated by domestic political considera­tions, specifically a quest for Jewish votes.

Secretary of State, General of the Army George C. Marshall, (a huge hero even to Truman who called Marshall the greatest living American) spoke up:

He was still furious. Speaking with barely contained rage and

more than a hint of self-righ­teousness, he made the most remarkable threat Clifford says he ever heard anyone make directly to a President:

Marshall’s statement fell short of an explicit threat to resign, but it came very close.General Marshall’s position was grossly unfair.

But Truman’s mind was made up– he was going to do the right thing. At 4 p.m. Friday, May 14, 1948, just before the start of the Jewish Sabbath, David Ben Gurion read a 979-word declaration of independence in front of a small audience at the Tel Aviv Art Museum. He finished in his usual terse manner. “The state of Israel is established! The meeting is ended.” (see video below).

American didn’t have that for eight years under Obama but appears to have regained it with Donald Trump.

Over the last decade, the party of Truman, the Democratic Party forgot the role of Harry Truman in the Creation of Israel.Their last President was not a friend of Israel, and their losing nominee in 2016 was also unfriendly to the Jewish State. In 2012 they removed (and never replaced) a provision in their platform that prevented Israel from being destroyed by an influx of Palestinian Muslims. They also removed and never replaced a plank promising not to deal with the terrorist Hamas until they reformed.  The Democrats shoved through a treaty with Iran that leaves the terrorist state less than five months away from having nuclear weapons. The Most recent Democratic Party nominating convention was an anti-Israel hate-fest And after the convention the party appointed an anti-Semitic, anti-Israel, friend of the Muslim Brotherhood terror groups, named Keith Ellison as their number two guy, and one of their vice-chairs threatened people who protested against an anti-Semite giving the commencement address at a tax-payer funded college. Even one of NY’s Democratic Party Senators Kirsten Gillibrand has turned against Israel…not because of anything the Jewish State has done but because she wants to appease the extreme leftists who have gained control of the Party of Harry S Truman.

Maybe today’s Democrats wouldn’t impeach Truman if he tried to recognize the new state of Israel ..perhaps they would only “string him up.”