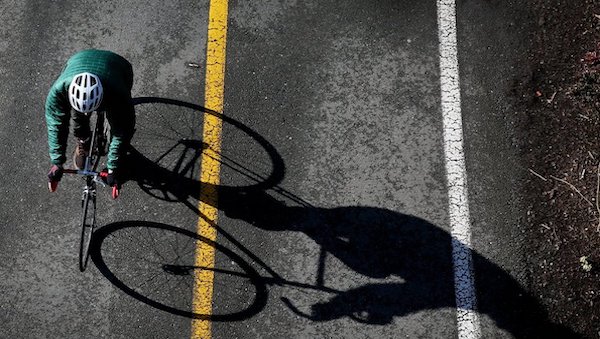 Minority activists in a Washington State county are now saying that bicycle helmet laws are racist. The activist who came up with this complaint shouldn’t be allowed outside by his mother unless he is wearing a different kind of helmet.

According to Michelle Baruchman, the “Traffic Lab engagement editor” for the Seattle Times, a group of black and Hispanic activists demand that King County dump its bicycle safety law requiring people to wear helmets while riding bikes.

Why? Because they say minorities and homeless people can’t afford helmets, and they should not be barred from riding their bikes just because the government has decreed that you can’t ride without one.

Baruchman notes that several activists have “joined a chorus of individuals and organizations calling for the repeal of the King County law that requires bicyclists to wear helmets because of disproportionate enforcement, especially among Black, Native and homeless riders.”

“Folks aren’t riding around without helmets because it’s fun. They’re doing it because helmets aren’t cheap,” said [Edwin] Lindo, who wears a helmet when he rides and started the biking group NorthStar Cycling Club to support riders who are Black, Indigenous, and people of color. “Buy them a helmet, and you won’t have to penalize them.”

Baruchman added that an analysis of arrests and citations given to helmet scofflaws shows that 40 percent have gone to minorities and homeless people.  Unequal enforcement of the law doesn’t indicate a problem with the law but with the people enforcing it.  The law’s real problem is why is it the government’s place to tell Americans how they must ride their bikes? The law should be opposed because it is authoritarian as opposed to because it is “racist.”

I would never ride my bicycle without wearing a helmet, but that’s my decision. The government making the decision for its population is a violation of people’s freedom to ride without a helmet (if they are stupid enough to want to).

Other cities in the state, including Tacoma, have already repealed mandatory helmet laws.

‘Regardless, just chalk this up to yet another example of how everything is raaaacist.

Most of this post was first seen at Great American Politics.